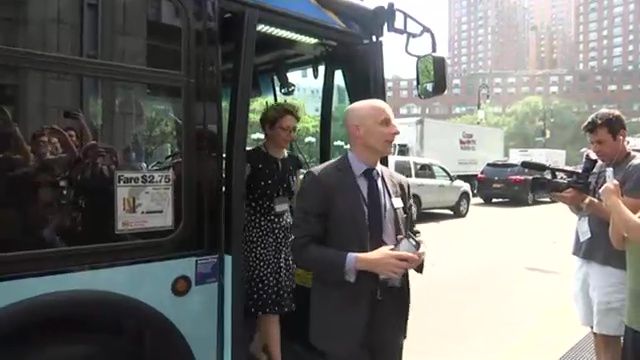 Transit officials offered a sneak peek of the commute between Brooklyn and Manhattan once the L train shuts down in April.

The subway will be suspended for more than a year between Bedford Avenue in Brooklyn, and the 14th Street - 8th Avenue stop in Manhattan to allow for construction in the L train's East River tunnel.

To see what that ride above ground will be like for the 200,000 riders, New York City Transit President Andy Byford and Transportation Commissioner Polly Trottenberg took a ride on a bus Monday to see the planned route.

"We laid out our plans for elected officials. We got to see them first hand where the buses will be turning, where we'll be putting in bus boarding islands and bike lanes, how the hours will work on the Williamsburg Bridge," Trottenberg said.

There is a lot of concern about vehicles blocking bus lanes, so 14th Street will be open only to buses between 5 a.m. and 10 p.m.