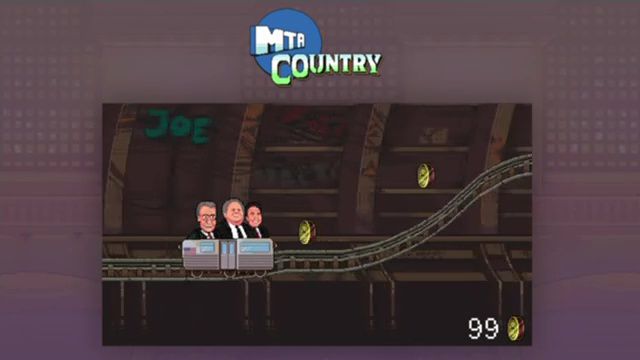 It could be "game over" for a new video game whose creators set out to criticize slipping subway service. That is, if the MTA finds that its copyrights were violated.

"MTA Country" takes the virtual likenesses of Governor Andrew Cuomo, Mayor Bill de Blasio and Gregg T. of the "If You See Something, Say Something" campaign on a rough ride through the subway.

Track fires, stalled trains andeven "Pizza Rat" are among the obstacles in the game.

"You can't rely on the subway, but you can rely on it being unreliable, you know? So we knew it was something that we could formulate a piece of creative around," said Chris Baker, a co-creator of "MTA Country." "We knew it would always be relevant."

An MTA spokesman says agency lawyers are reviewing the game, adding, "The MTA has a robust licensing program, and in support of that we aggressively protect our intellectual property."

The goal of the game is to rack letters that spell "Privatize," with the three men in the subway car being transported to a private and sparkling "Hyperloop" transit system.