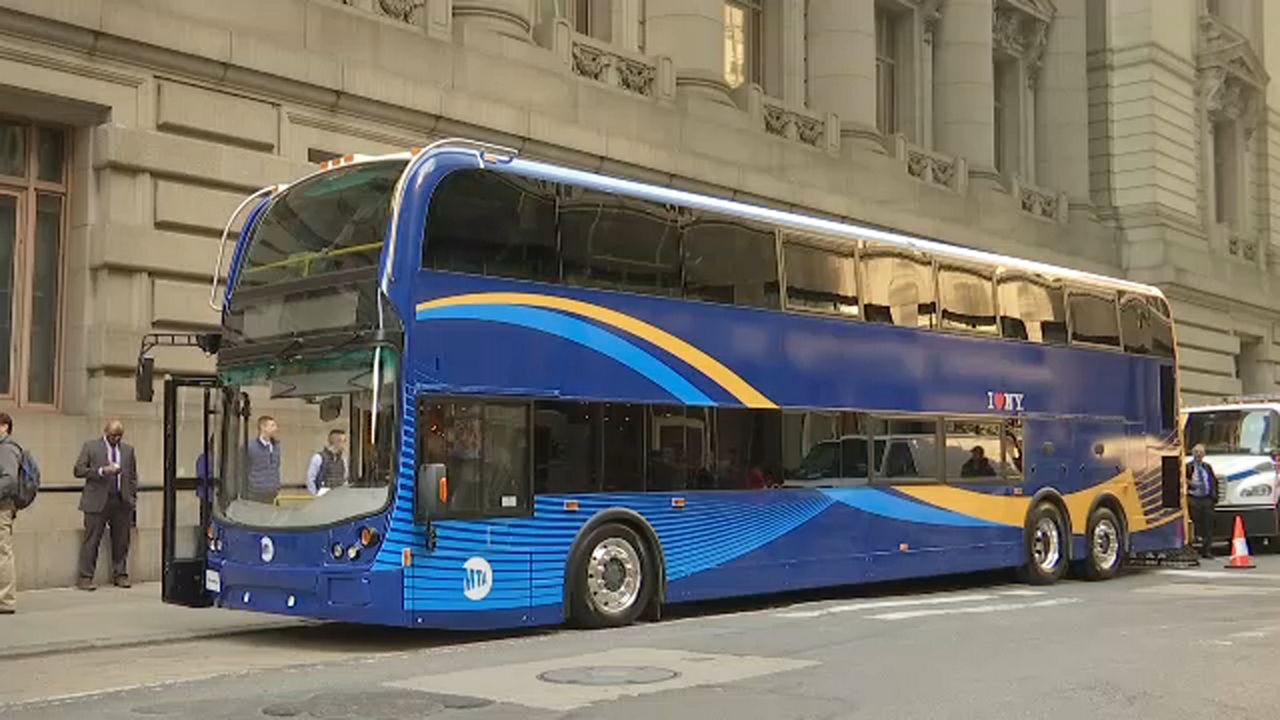 A closer look at the MTA's pilot for double-decker buses

It's the newest showpiece of the MTA's fleet — a double-decker offering views that you can't get on any other bus.

"Especially when you're going across the Verrazano Bridge, to look across the water and see Brooklyn, Manhattan. I mean, that's awesome," one city commuter said.

The bus will begin running on an express route, the X17J, between Staten Island and Midtown Manhattan next month. It can seat 81 passengers — nearly double the capacity of a standard bus.

The MTA unveiled it Monday as part of its plan to overhaul its bus network.

"What better way to launch our bus plan," New York City Transit President Andy Byford said. "Than to have this visible, tangible evidence of the modernization of New York City's bus service?"

With seats spread across two floors, transit officials say the bus is a good fit for longer routes that make fewer stops.

"You wouldn't deploy these on local routes typically, because there is that extra time factor of people getting on and off," Byford said.

Double-decker buses ran on city streets from the 1930s through the 1970s, though the MTA's last trial run a decade ago ended in failure.

But before it can hit the road, the MTA has to train the drivers who will use the new set of wheels.

That means getting used to trees and a tighter squeeze in tunnels.

"We needed to choose a garage that could accommodate a slightly higher vehicle. And so we've done all of our homework," Byford said. "Trees? You'll occasionally brush a branch. These are sturdy vehicles. They're designed to cope with that kind of thing."

After getting a peek, some riders NY1 spoke with said they're eager to take a spin on the new bus.

"I take the Express Bus a lot, and the biggest problem is there's never any seats on board after a certain time," one bus rider said. "So I think it will alleviate the problem of not having seats."

And if proves to be a hit, the transit agency plans to add more, and New Yorkers will no longer do a double-take when they see an MTA double-decker.