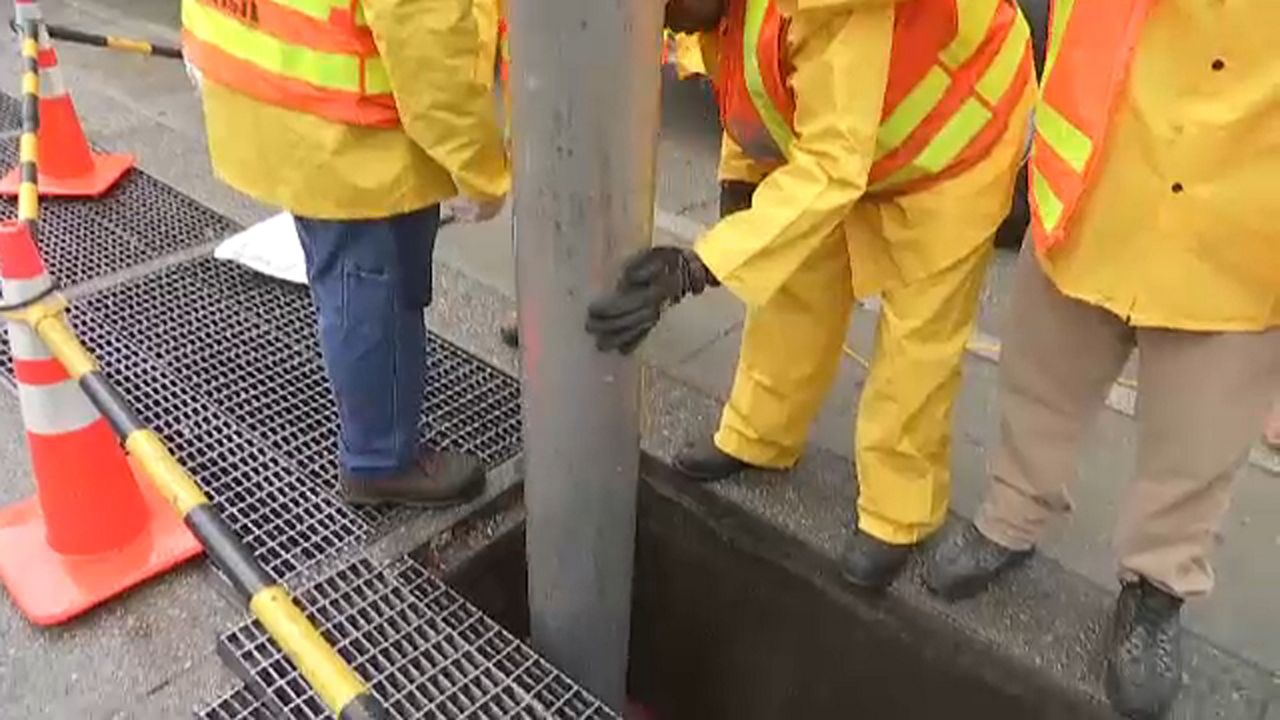 How the MTA battles to keep water from overwhelming the subways

When rain pounds the city like it did Monday, umbrellas are often useless — even in the subway.

During the height of Monday's deluge, the 145th station on the 1 line was like an underground Niagara Falls.

At Times Square, riders had to step lively to avoid getting drenched.

"I noticed it, so I tried to like avoid it, like get out of the way," one commuter said. "It's kind of gross because I don't know where that's coming from."

Transit officials said it could have been worse, if not for 300 underground pump rooms.

Transit officials described their efforts to keep water out of the subway system as a never-ending battle.

The water collects in sumps below the tracks, activating pumps once it rises to a set level.

The MTA says that on a normal day, pump rooms draw 13 million gallons of water out of the system citywide.

On days like Monday, it can be double that.

Crews also work above ground, siphoning water and muck from passageways that lead into stations.

11 years ago, a furious storm crippled the system for hours.

Since then, MTA has worked to stormproof some of the thousands of openings leading into the system — work that intensified after epic flooding during Hurricane Sandy.

"We have sidewalk vent gratings, we have street stairways, we have weep holes that are designed to allow water to relieve from behind the walls, we have manholes," New York City Transit Chief Operating Officer Frank Jezycki said.

Officials said the lack of even more problems Monday was a testament to efforts that began last summer to grout station walls and clear debris from track drains, part of the so-called Action Plan to reduce train delays.

"That is clearly bearing fruit already," Byford said Monday. "Despite the torrential rain that we've had, we've only had a handful of incidents to deal with."

Until the next big storm comes, and riders contend with all that water again.