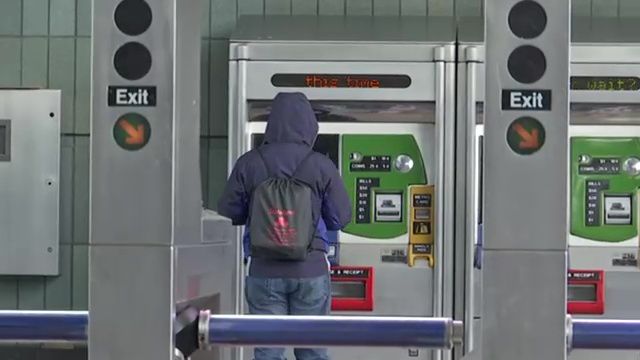 Some MTA board members push back against regular fare hikes

With five fare increases since 2009, New Yorkers have had years to get used to paying more for subway and bus rides.

"Every time, when they want to get the higher price, we spend more money, and I think it's not fair," said one commuter.

"It's gone up too fast," said another.

Another fare hike is on track for next year, although on Wednesday, some MTA board members said it is time to hold the line.

"We cannot, in my opinion, increase our fares, next December at this time. We cannot do it," said MTA Board Member Mitchell Pally. "We may be forced to do it, but we shouldn't do it."

It's not the first time that MTA board members have pushed back against the regular fare hikes, saying that the agency is headed to a point where the increases will no longer be sustainable.

With subway ridership dipping for a second straight year, some riders said more fare increases may drive them toward other ways of getting around.

"There is going to be a point where it's just going to be like, 'Enough. I'm going to get a car, a driver's license and start driving from work,' or work from home," said one commuter.

MTA Chairman Joe Lhota didn't offer much encouragement for riders looking for an end to the fare hikes, which generally have tracked the rate of inflation.

"When I was up in Albany last week, it was restated to me that there's been an agreement that there would be a fare and toll increase every other year, and I don't see any change in that at the present time," Lhota said.

However, the possibility of raising money for the transit system through congestion pricing is still alive. Congestion pricing could raise hundreds of millions of dollars a year by charging motorists entering Manhattan south of 60th Street during peak travel times. Several MTA board members spoke out in favor of the proposal on Wednesday.

Lhota, though, said he doesn't see a bill winning passage in Albany this year. His boss, Governor Andrew Cuomo, supports the idea. Mayor Bill de Blasio has been cool toward it.