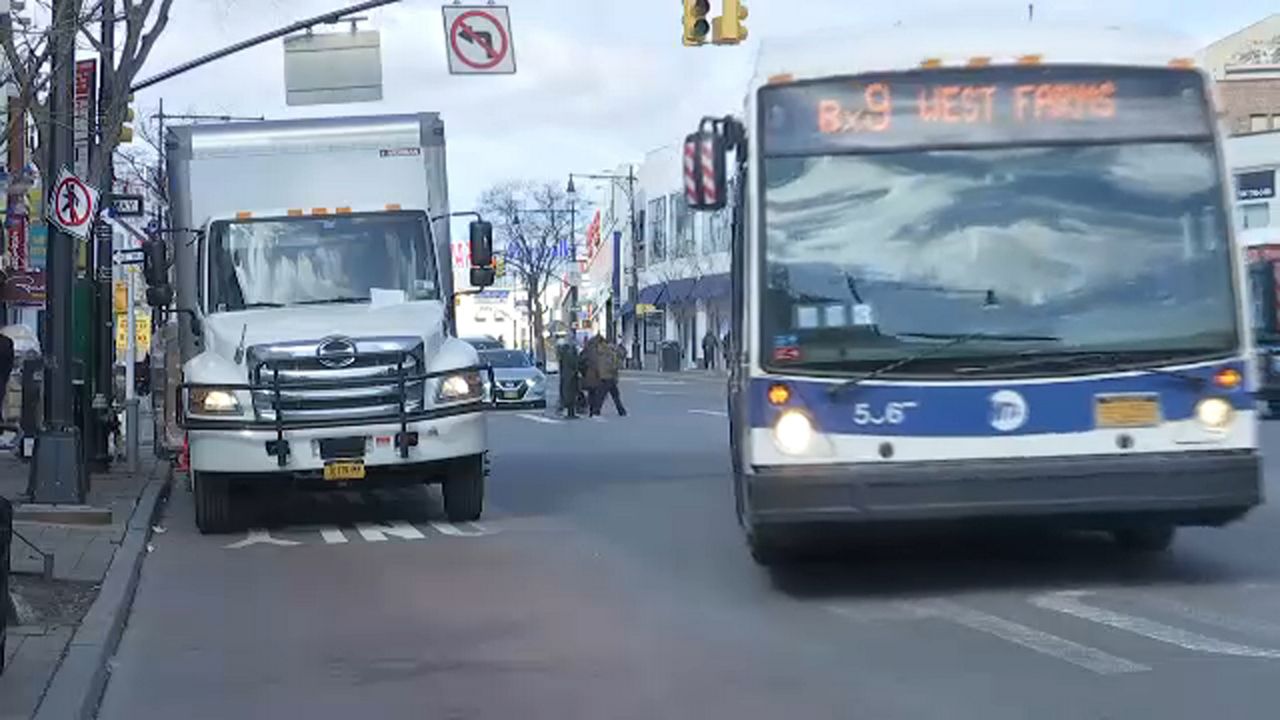 There are more than 100 miles of bus-only lanes in the city, more than double the figure from the start of the decade.

The goal is to give more buses a clear path, speeding the trips of riders.

But the increase in the number of bus lanes in the city has been accompanied by a dramatic drop in police enforcement of cars and trucks creeping into them.

"At the beginning, they were doing it, you know what I mean? Giving people tickets, you know, in the bus lane. But very rarely, I don't see that no more," one commuter said.

The numbers back that up. In 2012, the NYPD issued 7,756 summonses bus lane violations.

But just five years later, that figure plunged to 2,020 summonses.

The NYPD declined to answer why it is not writing as many tickets — which come with a fine ranging from $115 to $150 — for the violations, saying only, "A vehicle cannot be parked in a bus lane for any period of time."

Along Fordham Road in the Bronx, a bustling bus corridor for more than 100,000 riders and the city's busiest route, the Bx12, bus riders say they noticed how cars and trucks routinely drive into the bus lane without punishment by the police.

"They don't respect the bus," one bus rider along the road said.

"It should be for bus only," said another.

The lack of police enforcement is undercutting efforts by the MTA and the city transportation department to reverse a decline in average bus speeds, a problem putting more pressure on drivers to meet schedules.

A recent survey by Transport Worker Union Local 100 found that nothing stresses out bus drivers more than having to contend with double-parked cars.

Transit Center, an advocacy group, has been posting videos online of bus lanes that are blocked, many times by police vehicles.

"No matter what neighborhood or time of day, you'll see cops using bus lanes as places to park. This is unacceptable," said Hayley Richardson of Transit Center. "[It] really sends the message that they don't care about bus riders."

Bus lane cameras installed by the transportation department have flagged an increasing number of drivers. There were more than 133,000 violations in 2017, up nearly 15,000 in two years.

But the cameras are placed only along a dozen routes. Advocates say the police must do more.

"The bus lanes are useless until New York City DOT and the NYPD get on the same page," Richardson said.

On the same page so fewer are using the same lanes.