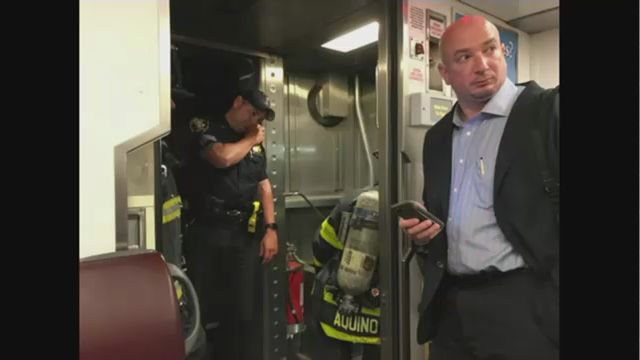 The derailment happened 9:15 p.m. at Track 11, according to sources.

Amtrak officials described it as a "slow speed derailment" in a statement after it happened.

Officials have not reported any injures at this time, but emergency responders had to evacuate more than one hundred people.

The derailment happened at the interlocking, which is where major repairs to some Penn Station tracks are scheduled to begin Monday.

NJ Transit train service is suspended in and out of the station due to the derailment, officials said.

In time for this past Monday's AM rush, Amtrak had returned the speed limit around Penn Station to 15 MPH.

An Amtrak train side-swiped a NJ Transit train at the station March 24.

NJ Transit officials said they are working with Amtrak to determine why the train derailed Thursday.