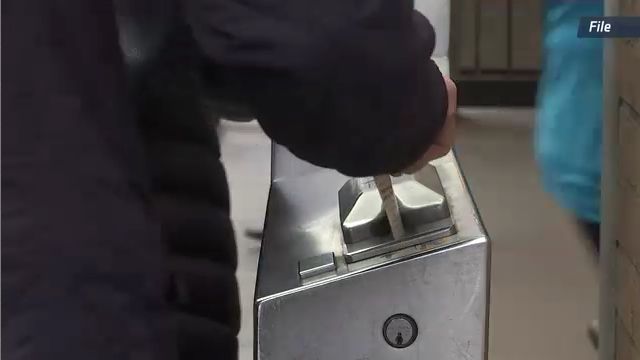 Sources: MTA to Pick Plan that Hikes Bus and Subway Fare to $3 Per Ride

Come March, it looks like the price of a bus or subway ride will hit $3.

Sources tell NY1 the MTA will next week recommend that the agency's board raise the base fare to $3 from $2.75.

The MTA has floated two fare-increase proposals. One would hike the price of a subway ride to $3 but increase the bonus given to riders who put two or more rides on a MetroCard. The other would maintain the fare at $2.75 but reduce that bonus.

Sources tell NY1 the MTA is choosing to hike the base fare because it considers that option the best deal for frequent riders. The accompanying increase in the bonus means that anyone who puts $6 on a MetroCard effectively gets a ride for $2.59.

Under both proposals, the price of a 30-day and a 7-day unlimited MetroCard would go up by the same amount.

The fare increases are set to take effect March 19. The MTA board meets January 25.

The fare hike would be the sixth since 2008.

But the 4 percent increase would be the lowest since the MTA started the pattern of every other year increases in 2009, when the fare hike was 10 percent. It also is, according to MTA documents, below the independently projected increase in the cost of living for the next two years in the city and region.

An MTA spokeswoman declined comment, saying the proposals haven't yet been finalized.