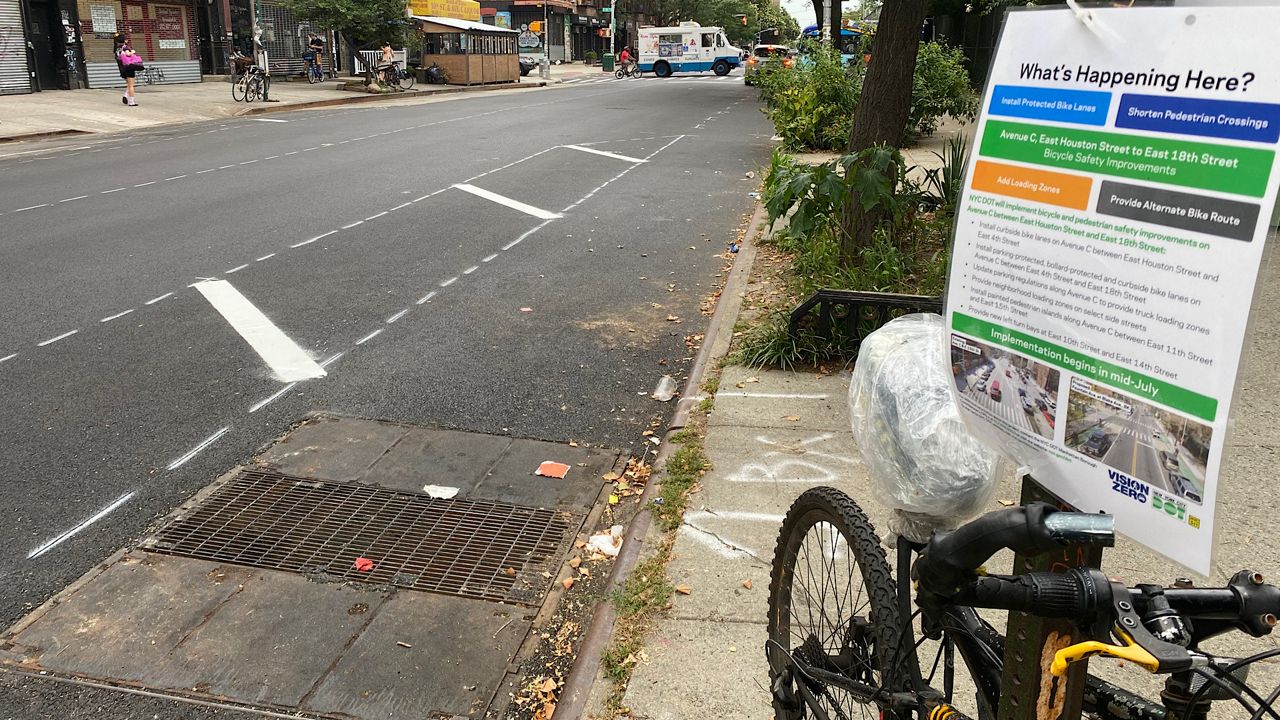 After driving around for more than a half hour, in search of free parking, Uber driver Myen Uddin of the Lower East Side felt very relieved to have found this spot, just two blocks from his apartment.

Uddin said he spends his whole shift wondering if he is going to find parking when he went home.

Looking ahead, however, Uddin is feeling a sense of dread.

Last week, he noticed multiple signs go up along Avenue C to notify the community that curbside bike lanes would soon be set up between Houston Street and East 18th Street.

Uddin eventually pieced it together that the plan called for several blocks to eliminate the type of free, non-metered street parking that he depends on.

The push to install more curbside bike lanes is part of the city’s Vision Zero initiative, and it seeks to fill gaps in the city’s network of protected bike lanes.

Along Avenue C, by East 9th Street, the city’s Department of Transportation has already started to paint what will soon be buffer zones to protect bicyclists from cars.

Thomas Grenier lives nearby and bikes just about everywhere.

He welcomes any changes that will make the roadways safer for cyclists.

“The city is historically centered and organized around cars, so anything that will make the city more friendly to renewable energy and bicyclists is a good thing,” Grenier said.

But with outdoor dining structures and Citi Bike stations already replacing what used to be non-metered parking spaces near Avenue C and East 9th Streets, concerned residents like Uddin believe if the free parking spaces go away, he’ll soon have to move outside the city.

“It’s too much challenge for me for me right now,” said Uddin. “I gotta leave the city. Go somewhere else.”

As part of its proposal, the city’s DOT had said it is hopeful that by separating bikes from moving vehicles, it would reduce conflicts between bicycles, pedestrians, cars, and trucks.