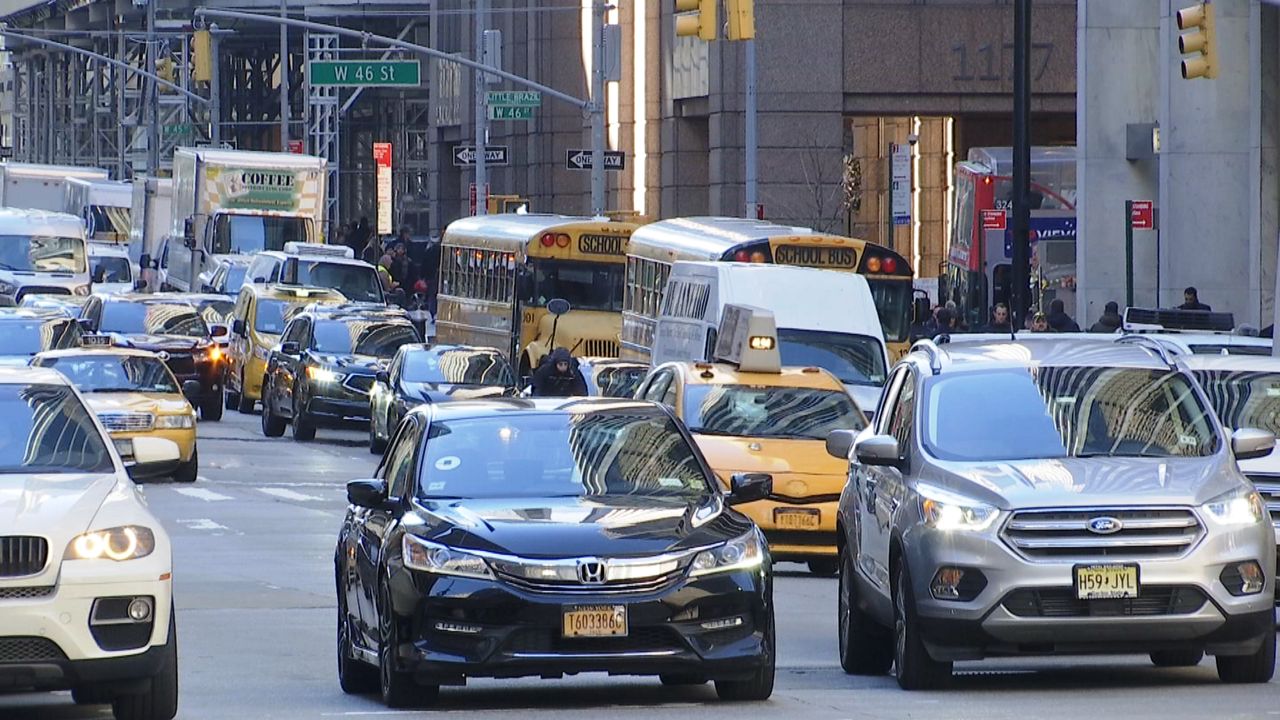 Two years ago, Albany passed a plan to charge motorists entering Manhattan south of 60th Street, in order to raise billions of dollars for mass transit.

The Trump administration seemed reluctant to approve it, but the head of the MTA says the plan is now back on track.

"The Biden administration is prioritizing the review of our congestion pricing filing - that at this point is a welcome relief," MTA Chairman Patrick Foye told NY1.

MTA chairman Patrick Foye says the agency expects the U.S. department of transportation to seek additional information about the plan before approving it, but the scope of that request is not yet clear.

A federal transportation official tells NY1 the DOT wants to to better understand the effects of congestion pricing on traffic, deliveries, and pedestrian safety, in part because other cities are likely to follow New York's lead.

The MTA's chairman says congestion pricing would have benefits far beyond raising money for transportation projects and improving the air quality.

"Causing folks to make a decision, I'm not gonna drive and subway service suits my needs, bus service, commuter rail, whatever it is, those three were and continue to be the primary goals of congestion pricing," Foye said.

Congestion pricing may be even more urgent now because traffic is almost as bad as it was before the pandemic, the result of many commuters switching to cars from mass transit because they fear catching the virus on trains and buses.

"It's been reported that car registrations increased in New York, New York depends heavily more so than any city in the country on transit ridership and that is down significantly since the start of the pandemic," Bob Pishue, transportation analyst at INRIX, a Washington state firm.

"We're going to be looking at new pricing, new tickets," Foye said. "For instance the monthly ticket which has served Metro-North and Long Island Rail Road for decades well and other commuter rails around the country well, doesn't necessarily work in a market where white collar professional workers and others are not gonna be commuting on the Long Island Rail Road or Metro-North five days a week."

Foye said the MTA also is working on a public relations campaign with the business and real estate community to tell commuters to come back to transit.