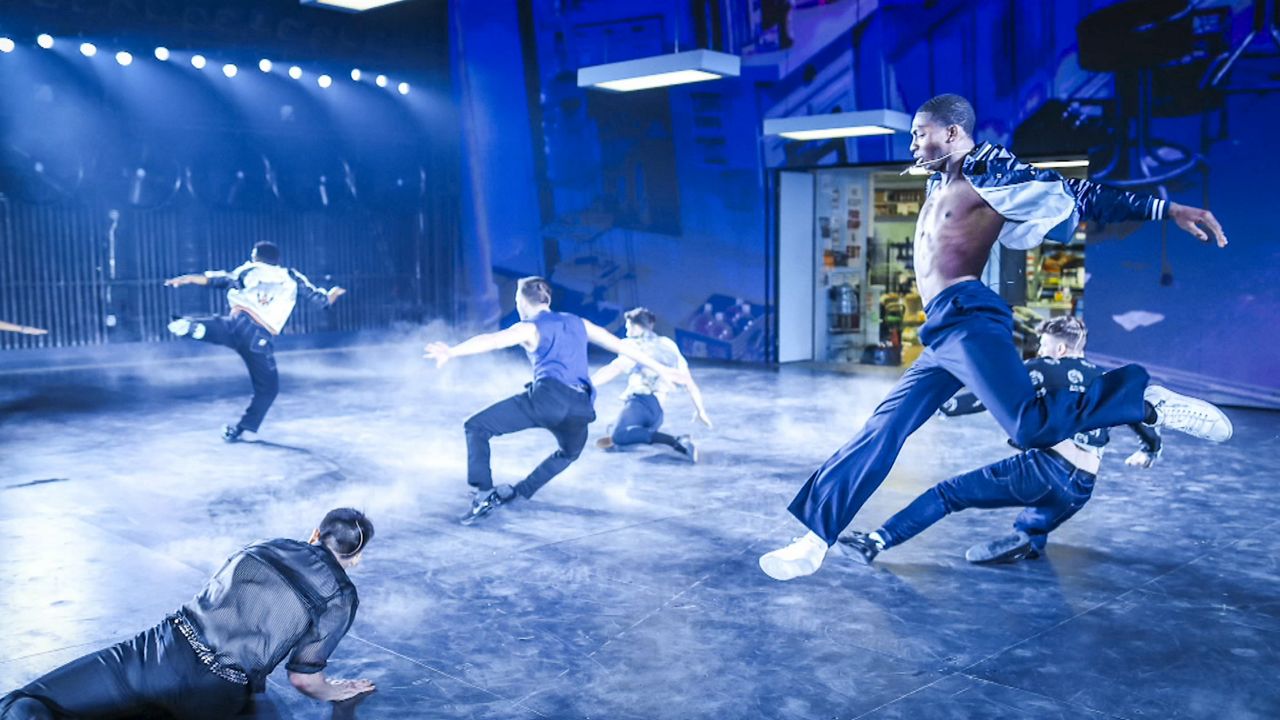 I’m all for reimagining the classics through a modern lens, but Ivo van Hove took the notion literally when he added cameras to his staging of West Side Story, and transformed the Jerome Robbins/Leonard Bernstein/Arthur Laurents/Stephen Sondheim masterwork into an audacious hybrid of performance art.

Gone is Jerome Robbins iconic choreography — the finger snaps, the ingenious mesh of ballet and modern dance — replaced by the geometric movements of choreographer Anne Teresa de Keersmaeker. In this shortened version, we don’t know if Maria feels all that pretty, the song is dropped along with the intermission. Rest assured though, Bernstein’s magnificent score is mostly intact.

The set is wide open. The most notable feature is the entire back wall on which video is projected — both live with tight close-ups of the performers seen on and off-stage; and various pre-recorded images. The effect is overwhelming. The novelty wears off quickly and we’re left with a split focus which is ultimately distracting.

The tone is determinedly darker, which explains the decision to cut “I Feel Pretty,” and the imagery van Hove and de Keersmaeker paint on the stage is often chilling. But inserting the satirical “Officer Krupke” number right after the climactic rumble killed the intensity of the moment. And how to explain bodies rising from the dead.

Props to the impressive young cast, most of them making their Broadway debut. Led by the excellent Isaac Powell and Shereen Pimentel as Tony and Maria, no close-ups needed to project the supreme joys and heartbreak of these two star-crossed lovers. Yesenia Ayala is sensational as Anita. Dharon E. Jones, a very strong Riff. And as Bernardo, Amar Ramasar does fine work, though protesters outside the theater won’t let you forget that he’s got his own cross to bear — a sexting scandal that got him fired and later re-hired at the NYC Ballet.

In the end, van Hove’s West Side Story struck me as a radical interpretation at war with itself. I certainly applaud the effort to put an authentic gloss on the drama, but the video component mostly served to upstage all those fine young talents singing and dancing their hearts out. It’s not tragic — it still sounds gorgeous — but this is a director’s cut that loses more than it gains.