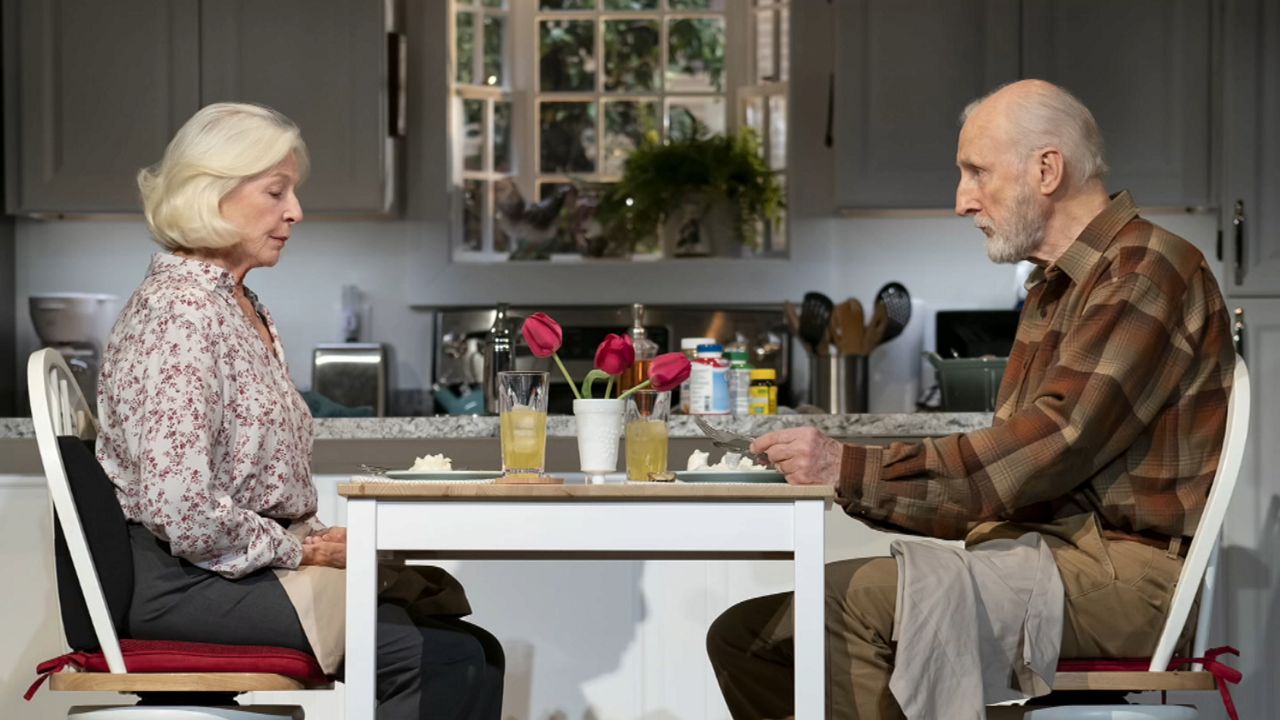 “Grand Horizons” has an identity problem. It aims to be both funny like a sitcom and poignant like a perceptive drama, and while it strains credulity at times, thanks to impeccable acting led by Jane Alexander and James Cromwell, the play’s forced marriage of humor and pathos does have its moments.

The two stars in fact play a couple going through the motions of an unhappy marriage. After 50 years of not so much wedded bliss, they are headed for a split. Bess Wohl’s play is all about the impact their announced divorce has on the family—two grown sons and a daughter-in-law.

From the moment we first meet Nancy and Bill, it’s clear the relationship has run its course. And so when the kids hold an intervention to keep their parents together, it’s a scene full of laughs but really doesn’t make much sense. They behave like children, incapable of understanding that their parents have independent lives.

And while I question the characters’ motivations, there’s no denying that they’re funny, especially Michael Urie doing his marvelous shtick as Brian, a gay drama queen who becomes hysterically unglued with every revelation about his parents' sexual escapades.

Wohl throws in a couple of extra characters to amp up the humor with mixed results. But Priscilla Lopez delivers beautifully with a calibrated performance as a somewhat superficial woman who turns out to be no dummy.

Ben McKenzie and Ashley Park as older son Ben and wife Jess are also quite strong dealing with a parallel subplot concerning their own marital woes.

Few actors can pull off comedy and drama simultaneously with such command as this show’s two stars. Jane Alexander, after a long absence from the theatre, hasn’t missed a beat. She and James Cromwell counter the play’s over-the-top tendencies, investing their characters with supreme honesty and subtle depth.

Back and forth the play goes—sometimes silly, sometimes deadly serious. Wohl is a smart writer, and if “Grand Horizons” is not exactly grand, it is deceptively insightful, especially at the end. Staged by Leigh Silverman, we get a taste of what it could be if everyone wasn't working so hard to make us laugh.