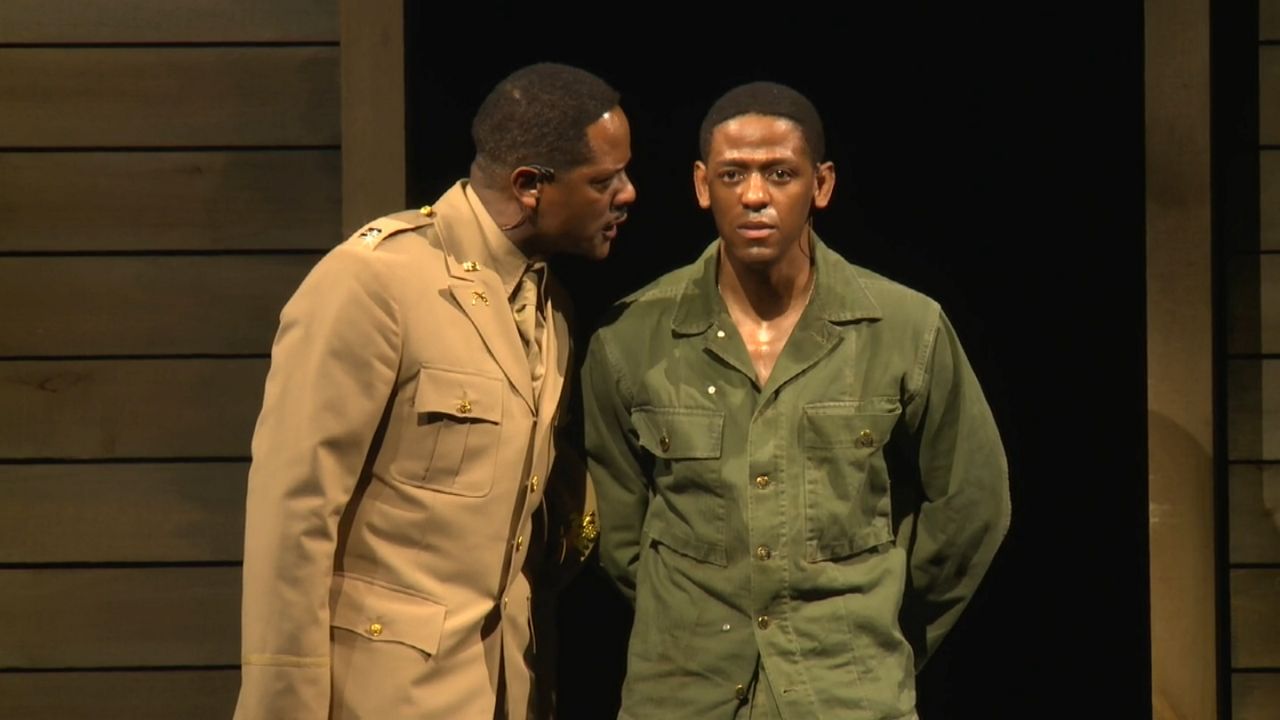 On the surface, “A Soldier’s Play” seems like standard issue whodunit. A main character is killed and another protagonist is brought in to solve the crime.  But the brilliance of Charles Fuller’s 1981 drama has little to do with suspense and everything to do with the nuanced shades he brings to the injustices of racial bigotry. Through his very specific story about a group of black soldiers stuck in limbo during World War II we get a universal treatise on the corrosive cycle of prejudice and hate in America.

The narrative begins with the murder of Sergeant Vernon C. Waters, a complex character that is both victim and villain. The ravages of racism have taken their toll on this man who’s poisoned by self-hatred, projecting his bitterness on the poor recruits under his command. And everyone has a motive to kill him.

Enter Captain Richard Davenport, a black officer who’s been brought in to investigate. He clashes with the white Captain Taylor who assumes the culprit is a Klansman from the backwater town in Louisiana where they’re based.

Fuller nicely fleshes out his character, slashing away at perceived stereotypes. They’re all compelling and terrifically acted by an ensemble that does truly seem to have shared wasted years desperate to go to war. Sadly, it’s the war at home they have to battle first, where they’re all underdogs with little chance of survival.

Nnamdi Asomugha as a defiant recruit delivers with stunning intensity.

Blair Underwood is excellent as a black officer competing against the odds where white always wins.

And David Alan Grier is simply phenomenal as the embodiment of a lost soul tragically split in two.

Kenny Leon deserves much credit enhancing the play’s message through directorial flourishes. He adds historical allusions to the African American experience throughout, beginning with a stirring call-and-response from the soldiers in a darkened barracks suggesting the early roots of African music. And later we see the troops marching in a thrilling sequence, combining military cadence with stylized movements.

It all comes together quite powerfully, evoking the emotional wounds borne by a lifetime of soul-crushing hate. After some 40 years, “A Soldier’s Play” still hits home, summoning a world at war with itself.