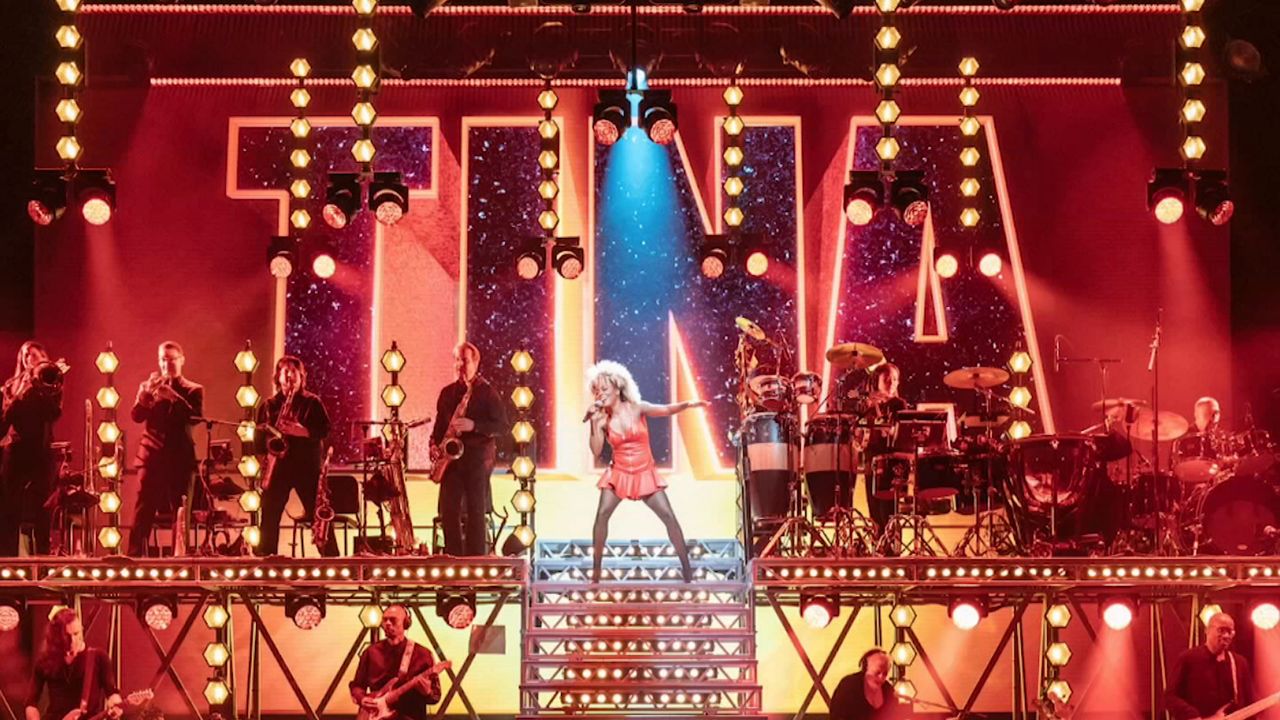 With jukebox musicals seeming to dominate the Broadway landscape, it makes perfect sense to add Tina Turner's story to the mix. On so many levels, hers is ripe with the kind of soul-stirring drama that hits on so many levels - innocence lost, incomparable talent, horrendous abuse, family dysfunction and triumph over adversity. Like so many others, though, the on stage story-telling is mostly formulaic. But fortunately, with Adrienne Warren in the title role, this one has at least one element that lets it stand better than almost all the rest.

She is phenomenal as the great queen of rock 'n' roll, channeling Turner's peerless vocals, her kinetic dance moves and ageless physicality. By show's end, you'll be scratching your head, wondering where that woman gets her energy. Dynamo doesn't even begin to describe it.

On stage practically the entire 2-hour, 45-minute production, she wails her heart out with each number. Especially impressive is the way Warren's performance is calibrated to match Turner's evolution as an entertainer - from her early days boundlessly singing every song full throttle to the more disciplined stage of her career stylizing her voice to the particular nuances of each tune. One of the show's highlights is a scene in which Phil Spector guides her through a recording of River Deep, Mountain High.

The rest of the show's elements can't possibly match Warren's consummate performance. The book by Katori Hall is merely serviceable, hitting the significant plot points in Turner's turbulent life while wedging some of the songs in at odd moments.

The first half focuses mostly on Turner's tormented relationship with Ike Turner, whom she married in 1962. He discovered her and then abused her violently, but her subsequent divorce and reinvention after hitting rock bottom makes for inspirational drama in this #MeToo era.

Daniel J. Watts does an impressive job adding dimension to the man history has largely written off as a villain.

And little Skye Turner as young Tina, born Anna Mae Bullock, is a phenom in the making and already a scene stealer at the tender age of ten.

Yes, that voice! Phyllida Lloyd, best known for directing "Mamma Mia," knows well how to make songbook musicals sing. And I'm especially happy that she gave us an extended encore, treating fans to a concert-style ending. It's just what this show with mixed blessings needed - a thrilling way to leave us wanting more.