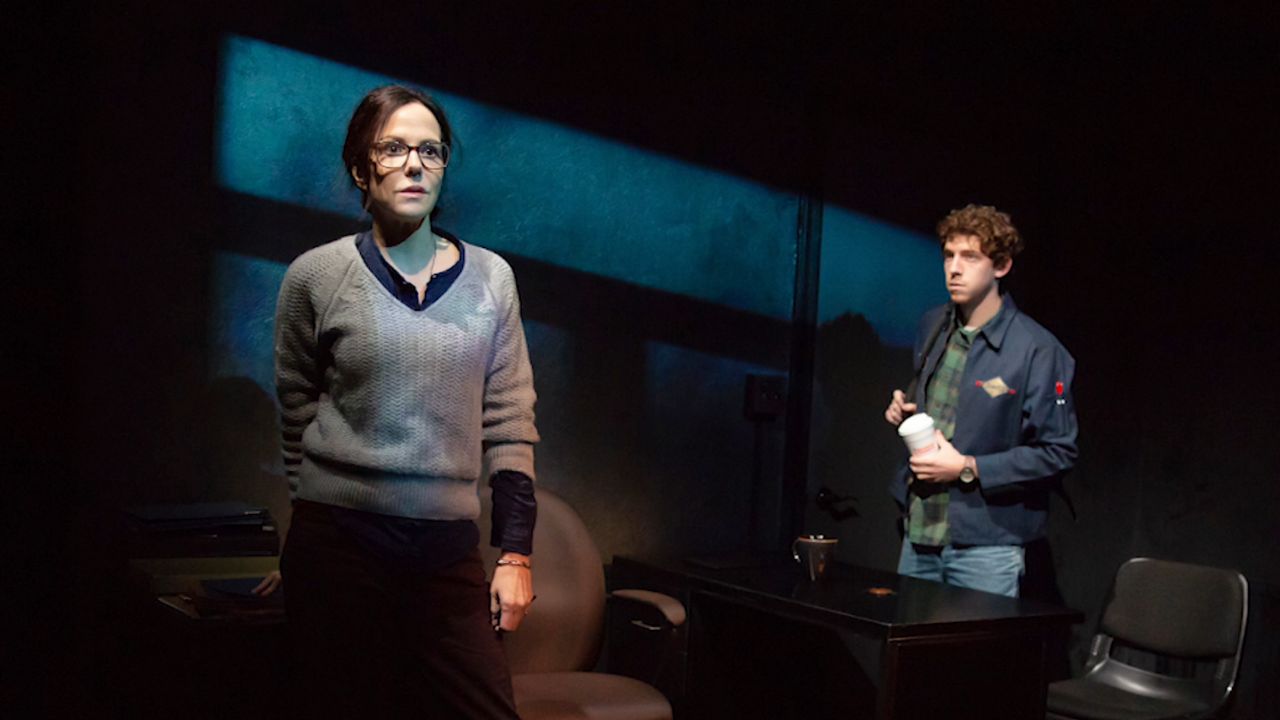 Theater Review: 'The Sound Inside'

Anything Mary-Louise Parker is in deserves special attention. Granted, she's the actor, not the writer, but she seems to choose her roles for their layered depth, and so we have "The Sound Inside," a tiny two-hander with mighty aspirations. And while I found it to be off-puttingly bookish in some respects, playwright Adam Rapp, with a huge assist from his star and director, does weave a compelling yarn.

The sound inside this play is awfully muted. It starts with an extended monologue in which we're introduced to Bella Baird, a creative writing professor at Yale who goes on and on about her narrow life as a teacher and novelist with no close relationships to speak of.  She's obviously a bright woman, but the overall effect, initially, is highbrow literature masquerading as theatre and I'd even throw in the word pretentious.

Dramatically, things improve when Bella's student Christopher Dunn enters her office announcing he's working on his own novel. He's a contrarian among millennial—he writes on a manual typewriter, refuses to use email, hates most social media platforms and he seems to have an unnatural affinity for the Dostoevsky novel "Crime and Punishment." I have to say he comes off like a cliché, but to Rapp's credit and thanks to the director, David Cromer, the play enters a chilling dimension.

At this point, we're constantly maneuvered into moral alleyways that keep us guessing. But the over-use of narration and its subdued tones also undercut the plays impact.

In lesser hands, the giant Studio 54 stage would gobble up this small work, but Cromer's shadowy staging combined with Heather Gilbert's powerfully subtle lighting create a sense of foreboding and intimacy in which anything can happen. And indeed, there are twists aplenty.

Mary-Louise Parker leading this unlikely duet with the very good Will Hochman is of course a huge plus and she enters a new realm of virtuosity with this performance. Every word resonates even as she exhibits immense restraint.

The play's moral ambiguity gives it an air of mystery and that's to its benefit. But it feels far more literary than theatrical and I think, in the end, even with Parker's superlative performance, "The Sound Inside" is more suited to being read than seen or heard.