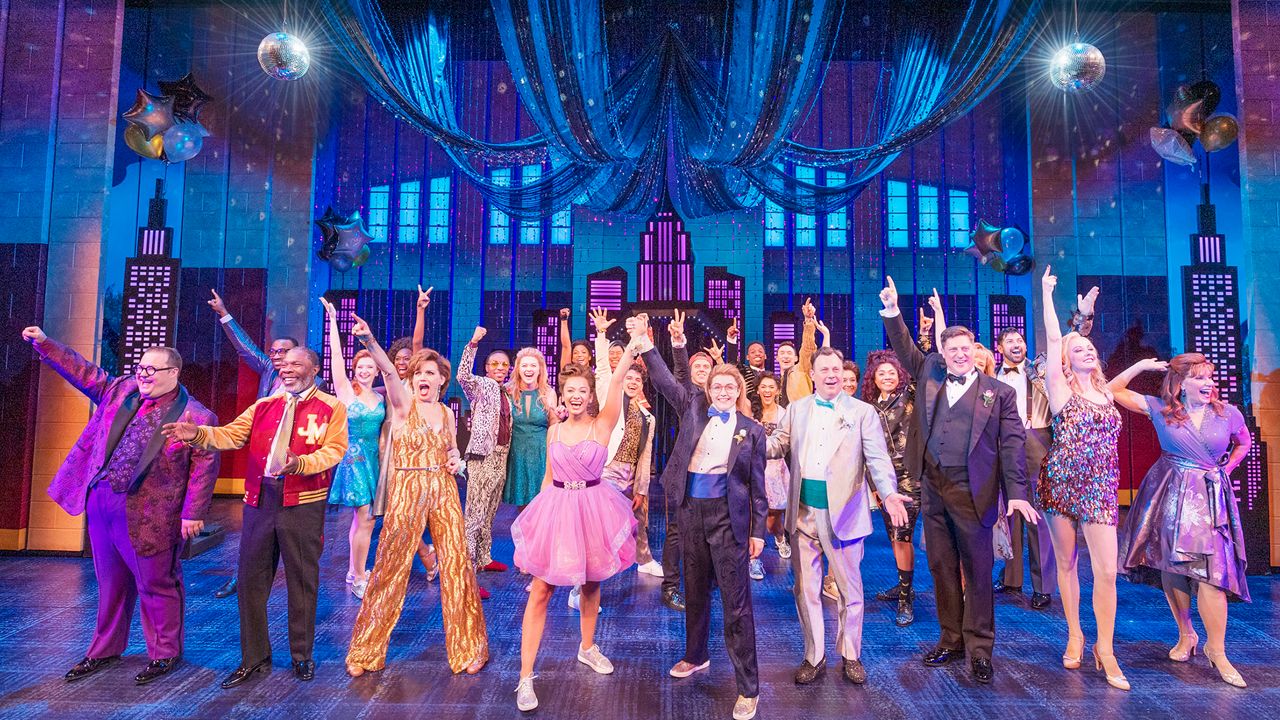 Don’t be fooled by the title. The stars of this new Broadway musical happen to be middle aged, and they’re long past their high school years. That’s one of the many pleasant surprises in “The Prom.” It’s not perfect, but it’s a winning collaboration featuring Broadway veterans at the top of their class.

When it begins, you might think you wandered into the wrong show. The scene is the opening night party for a new Broadway play and the stars are just getting around to reading the reviews. They’re bad of course, really bad. And so the two stars and a pair of actor friends decide they need a good cause to buoy their sinking careers.

They settle on the case of a high school senior in a small Indiana town that’s refusing to let her bring her girlfriend to the prom. The four thespians swoop in thinking they’re actually going to change the conservative minds in the town, and naturally, chaos ensues. Hysterical chaos.

It’s a zany concept, but book writers Bob Martin and Chad Beguelin, who also wrote the lyrics alongside composer Matthew Sklar, have devised a witty and joyful romp that also happens to be quite moving. The songs are mighty tuneful; and the show's winking theatrical references are a delightful bonus.

Okay, so the characters are somewhat stereotyped, but Beth Leavel as a vainglorious diva, Brooks Ashmanskas as a warm-hearted queen, Christopher Sieber as a pompous Juilliard alum, and Angie Schworer, as a Broadway gypsy past-her-prime deliver a master class in musical comedy.

Director/choreographer Casey Nicholaw doesn't miss a beat, staging the production with a sure hand, while employing the Swiss watch of comic timing and honest pathos when things turn serious.

A very special mention to the two young leads: Caitlin Kinnunen and Isabelle McCalla are refreshingly natural and understated. And Michael Potts as the forward-thinking principal turns a stock role into something special.

"The Prom" is something of a throwback to those well-constructed plot-heavy musicals of the past, with lots of moving parts. But its message of inclusiveness and tolerance is, of course, quite timely today. And if it doesn’t always add up, it certainly deserves a solid "A" for effort.