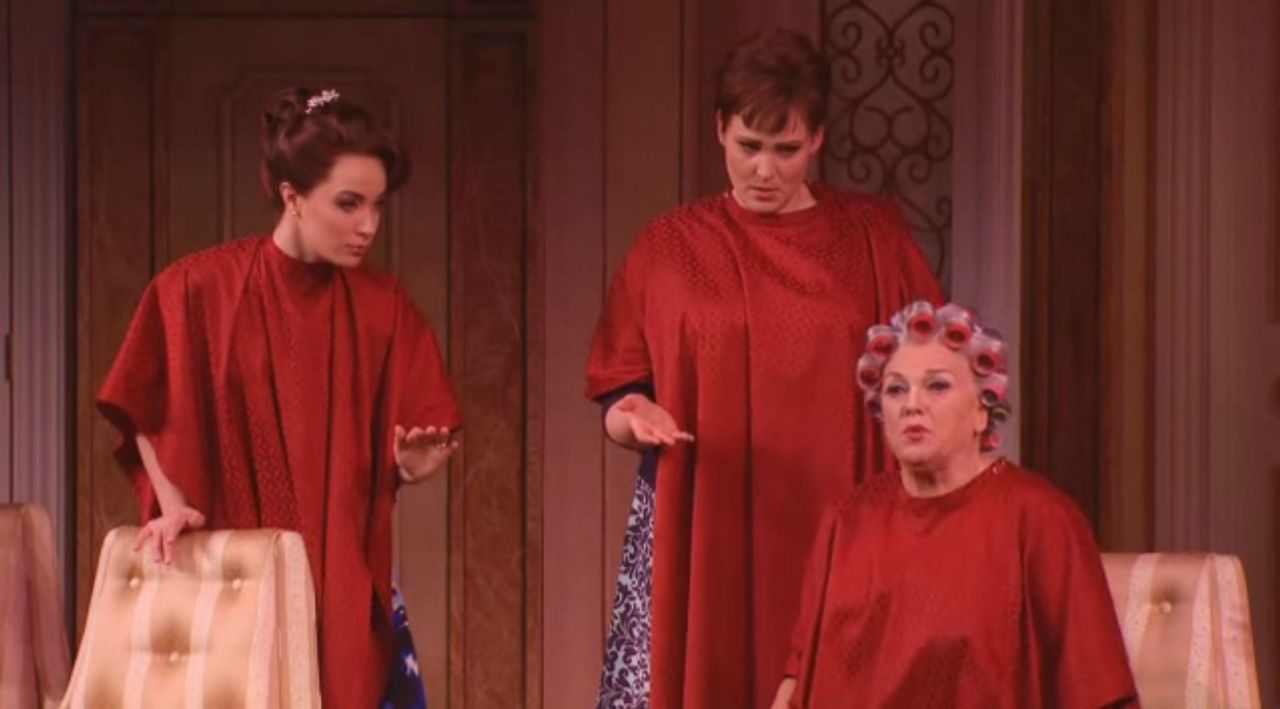 Theater Review: ‘It Shoulda Been You’

On the surface, “It Shoulda Been You” is a throwback to the type of zany comedies that were in vogue back in the day when Neil Simon was king of Broadway. And its humor trucks in the kind of stereotypes that drew instant laughs long before “PC” made us re-think the definition of good comedy.  But don’t be so quick to dismiss this original musical. Because as old-fashioned as it may seem, it features a very modern twist that turns those hoary stereotypes on their ears, and upping the ante here is a first class company under the very capable direction of David Hyde Pierce.

The entire first half of the show looks and sounds like something you’ve already seen before.  Set in a posh hotel, two families have arrived for a wedding.  One is Jewish, the other gentile. Brian Hargrove’s snappy libretto does not miss a joke. Tyne Daly has a blast as the typical overbearing Jewish mother with a mensch husband. Their daughter Rebecca is marrying Brian whose mother is a lush and refuses to let go. Harriet Harris milks the part, or should I say, gins it up hysterically.

The central character, however, is the bride’s sister who is unwed and overweight - a double affliction in her mother’s eyes. Add to the mix the bride’s ex-boyfriend, the hotel staff and a couple of nutty relatives. Barbara Anselmi’s pastiche score does a commendable job advancing the plot.

However, stick around because a surprise awaits, and it’s quite a hoot. It is also very adeptly handled in both the writing and the performances, transforming standard sitcom fare into a rollicking farce with a heart-warming message.

If nothing else, the casting is ideal. Josh Grisetti is an irresistible goofball. In addition, Sierra Boggess and Lisa Howard, both terrific singers, are equally gifted actresses.

“It Shoulda Been You” may strike some as ‘been there done that,’ but I bet you have never seen it done with this much talent!