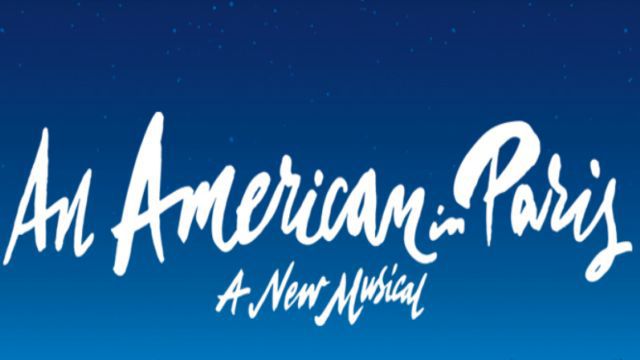 Theater Review: 'An American in Paris'

"An American in Paris," a show based on the 1951 movie, is now playing on Broadway. NY1's Roma Torre filed the following review.

The dancing s'wonderful; the music s'marvelous; I was dazzled by the scenery, even if it was a little too busy. But I didn't feel the love. And that's a problem for a show that's billed as a romance.

Based on the 1951 movie, Broadway's "An American In Paris" could easily be categorized as a dance musical. And in fact, the production is helmed by Christopher Wheeldon, an accomplished dancer and choreographer who stepped into the director's chair for the very first time. He wisely cast a pair of dancing phenoms to take the lead roles so famously played on film by Gene Kelly and Leslie Caron. And Wheeldon's choreographed sequences paired with that luscious Gershwin score are the best thing about the show.

But let's not forget there is a story to be told here that's quite a bit more involved than boy meets girl.  And that's where the problems begin.

It's essentially a messy love triangle of sorts - only, there are three suitors vying for the hand of the lovely ballerina Lise Dassin. Set in Paris just after World War II, there's Henri, a wealthy Frenchman who secretly wants to be a singer; Adam, the wise-cracking American composer and accompanist; and Jerry, the handsome American artist who we have no doubt will win the day.

Though very nicely acted by a supporting cast of stage veterans, Craig Lucas's book gets bogged down with too many complicating subplots. And the high-tech scenery, perpetually creating impressionist paintings, is itself a work of art. But it doesn't know when to quit and ultimately distracts from the delicate love story.

The show marks the Broadway debuts of NYC Ballet principal Robert Fairchild and Leanne Cope of the Royal Ballet School. They both sing capably enough, but it's the dancing that got them hired, and that, they do quite divinely.

On its toes, "An American In Paris" is glorious. But when the dancing stops, it falls disappointingly flat.