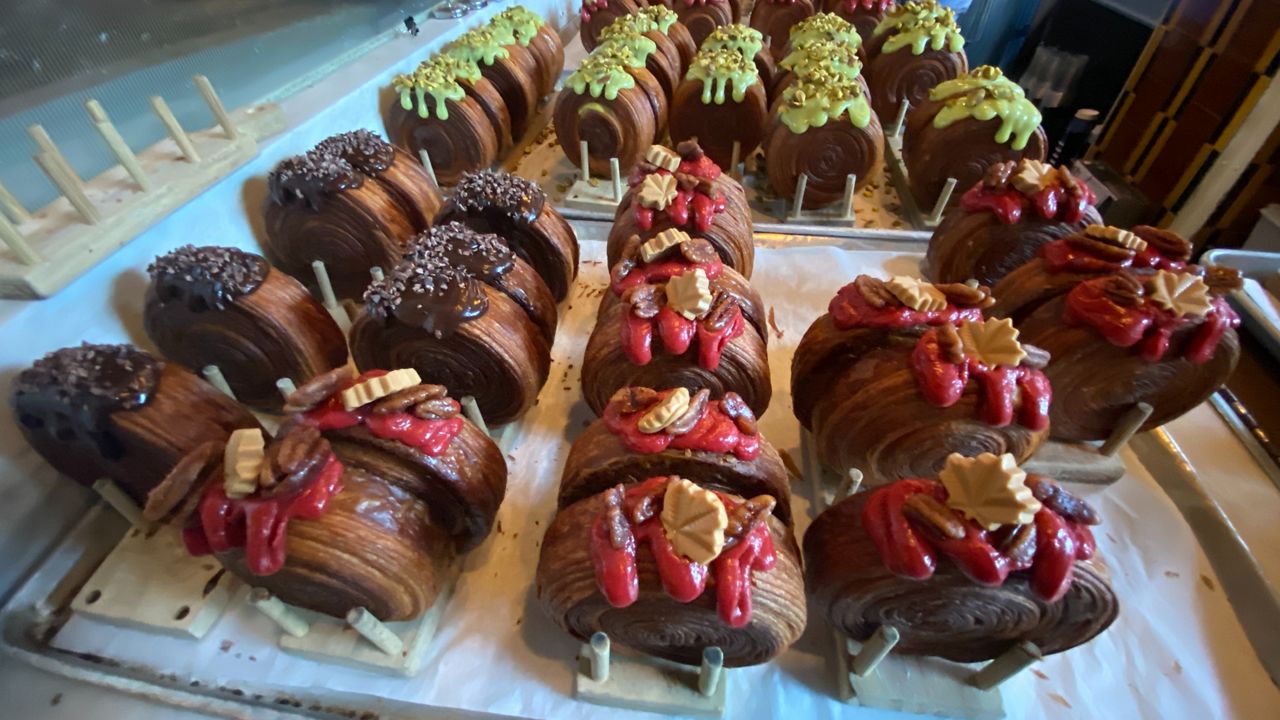 TikTok means business in the city

What would make dozens of people wait on line for an hour on a chilly day in Manhattan? A unique croissant baked at Lafayette Grand Café & Bakery in Manhattan.

"We call it Suprême. It's basically a croissant. We roll up the dough, slice it like a cinnamon roll and bake it inside a ring in between two sheet pans to make that shape," Cioe said.

The decadent dessert is then filled and glazed, according to Cioe.

The lines at the bakery began back in May. Many of the people on line found out about the establisment on TikTok.

This shows the power of social media. It is something that has impacted how workers operate in the kitchen, Cioe says.

"The visuals are super important. They get people in the door, and then our job as chefs is to make sure it lives up to the visuals — that it tastes good," Cioe said.

It is a similar story for Whipped - Urban Dessert Lab on Orchard Street in Manhattan, which also has folks lined up for what is called the world's first oat milk soft-serve ice cream — free of dairy and completely vegan.

"It's just kind of amazing, just the amount of foot traffic. People come from all over. They will travel hours just because they saw a video on TikTok," Hannah Keller, the shop's general manager, said.

Of course, when it comes down to it, the product has to be something TikTokers want to feature. And it also must appeal to the taste buds of followers.

"I think it starts out with the food itself. If it's unique and it looks like it's really good, TikTok just outputs it to everyone," RR Abrot, a web designer from the Los Angeles area who found out about Lafayette Grand Cafe & Bakery's croissant on TikTok, said.