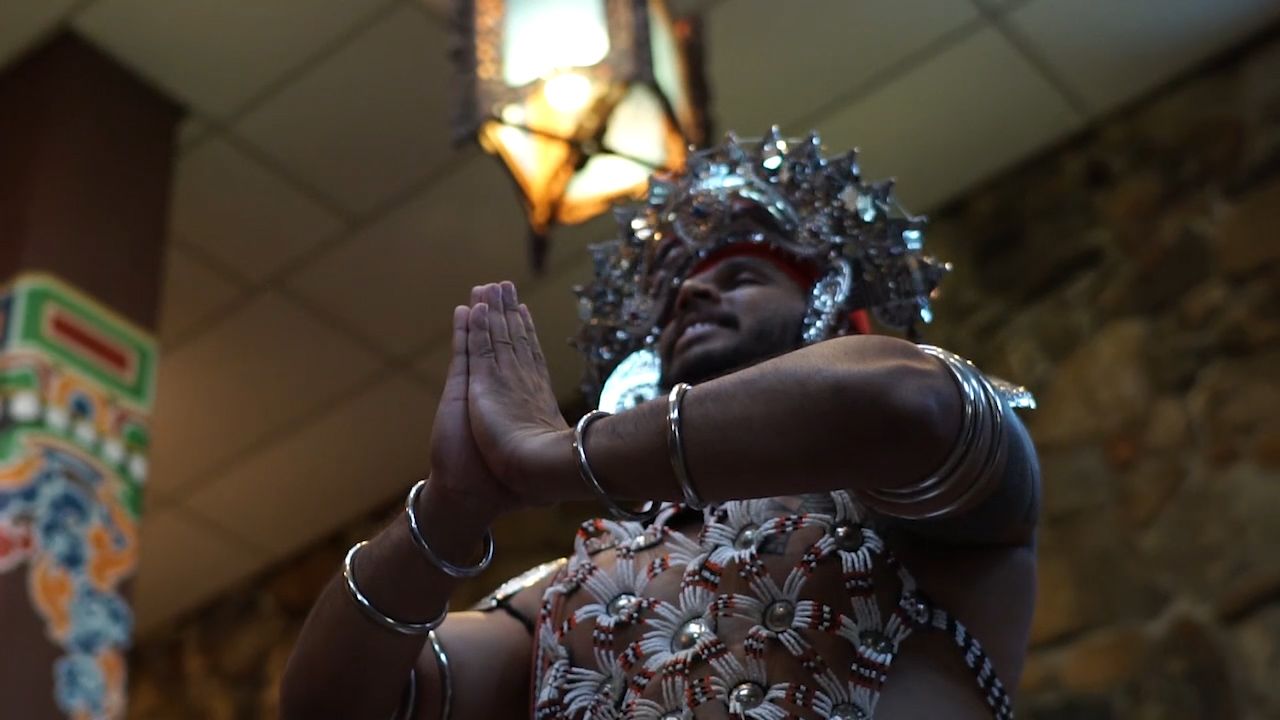 This story is the fifth installment of NY1’s new initiative, “Street Level,” which explores the city through the history and culture of specific streets and the people who live there. You can watch the full episode in the video above and learn more about the project here.

Walking the small stretch of Victory Boulevard and Bay Street on Staten Island, Sri Lankans say feels like home – the smell of fresh curry, the sound of rhythmic drum beats, the sight of the Sri Lankan flag. Staten Island is home to about 5,000 people of Sri Lankan descent, making it one of the largest communities in the world. But with reminders of home come memories of the decades-long civil war that ravaged the small island nation. Today, ten years after the war ended, the Staten Island Sri Lankan community is working to overcome tensions that existed in their home country. Here, they say, Sri Lankans from both sides of the conflict have resolved to work together .

This spring, another tragedy struck Sri Lanka. Coordinated suicide bombings sent shockwaves through the community on Staten Island and brought Sri Lankans of different backgrounds and religions together to mourn and to heal. Below are the stories of  people and places that make the community what it is.

For decades, the Tompkinsville neighborhood of Staten Island has played host to many of the boroughs thriving immigrant communities. Irish, German, and Jewish immigrants all found a home along Victory Boulevard, where buses and trolleys carried residents to and from the Staten Island Ferry, providing easy access to jobs in Manhattan. In 1964, the opening of the Verrazano-Narrows Bridge to Brooklyn made driving to and from the island easier, paving the way for many of Staten Island’s wealthier residents to move inland and driving down rent along the North Shore. The increase in the availability of affordable housing drew new waves immigrants to Victory Boulevard. Among the newcomers were immigrants from Sri Lanka. They brought with them their own unique culture, creating the vibrant community that exists there today. When Viji Devadas opened New Asha on Victory Boulevard nearly 20 years ago, it was the only Sri Lankan restaurant on the street. Today, there are two other Sri Lankan restaurants and two Sri Lankan groceries. “So many places came after us. So the place is now busy, so [in] the summertime they are playing Sri Lankan music and walk[ing] around. Just like a mini Sri Lanka,” Devadas says. The businesses support each other. Devadas buys most of her ingredients from the grocery store up the block. When customers come in looking for a taste of home that isn’t on her menu, she sends them to the restaurant next door or the dosa shop across the street. “We borrow something from them, they borrow something from us, we are all friendly,” she says.

But back home in Sri Lanka, members of Devadas’ ethnic group, the Tamils, fought against the island’s majority ethnic, the Sinhalese, which includes many of her Staten Island neighbors. The violent civil war plagued the country for nearly 30 years, ending in 2009.

Memories of that time are still painful, particularly for those who lost family members in the fighting, and it’s a topic most prefer not to talk about. Some, like Bhante Kondanna, a monk at a Staten Island Sri Lankan Buddhist temple, say tensions from the civil war still linger in New York. “Because of those problems what we had in the country, we kind of separated sometimes. Distrust, mistrust is still there,” he says. Still, Devadas says, people here have largely put their differences aside, at least when it comes to a good meal. “They are very friendly. We have both type of customers both Sinhalese and Tamils. No question,” she explains. “They come for the taste.”

To some, like Julia Wijesinghe, the tensions of the war seem almost non-existent in the Staten Island Sri Lankan community. “There is no grudges or anything like that,” she says. “It's like the unity is really huge here.”

Nowhere is that solidarity better represented than in the Sri Lankan Art and Cultural Museum that Wijesinghe opened when she was just 18-year-old. “I wanted to bring out unity as well, and I thought there's no better way of doing this by sharing our culture to everybody else,” she says. Julia first opened the museum in 2017, in the basement of her parent’s Bay Street restaurant, Lakruwana, relocating to a building across the street a year later. “In the beginning,” she says, “I thought I should have the museum in Manhattan where every other museum is at. But then I thought there's no better place to have a Sri Lankan museum but in the community itself.”

Her family is Sinhalese Buddhist, but in the museum, she says, she strives to display items that represent every facet of Sri Lankan culture. The items in the museum span 5,000 years of Sri Lankan history and multiple religions including Buddhism, Hinduism, and Islam. “Taking a Sri Lankan culture, even when we're a little country, and bringing out all its authentic history and their little secrets, is a big deal, and heavy thing I carry on every single day,” she explains. A TRAGIC TURN: BOMBINGS ROCK SRI LANKANS ACROSS THE GLOBE

After the war ended, Sri Lankans on Staten Island have worked together to heal the wounds caused by the violence. But on Easter Sunday, April 21, 2019, as we were reporting for this story, another tragedy struck the island nation. Multiple bombs exploded in churches and luxury hotels across the country, killing more than 200 people and injuring hundreds more. The bombings were unrelated to the civil war; the Islamic State claimed responsiblity for the attacks, although Sri Lankan officials reported it was the work of local Islamic extremists. Thousands of miles away, the shockwaves rocked the Sri Lankan community on Staten Island. “Every time, I guess, our country is in a bad spot, we feel it. It does not matter what part of the world we [are] in. We stay together and support each other,” says community member Avanka Kannangara. “We felt the pain and we even feel the pain now.” In the wake of the bombings, the community came together for a candlelight vigil. Sri Lankans of different religions and backgrounds lit candles, honoring those lost, and standing together in support of the island nation. Now, they say, they are working together to heal from this latest tragedy.

“Sri Lanka has a lion on the flag, so we use the lion to represent who we are. Just like lions we have to be resilient and overcome something as big as this,” says Sachindara Navinna. “Whether it be Buddhist, Muslim, Christian, Tamils, Hindus… all those types of Sri Lankans need to come together, join together and show people that are extremists and terrorists that they’re not going to be able to break us down.”