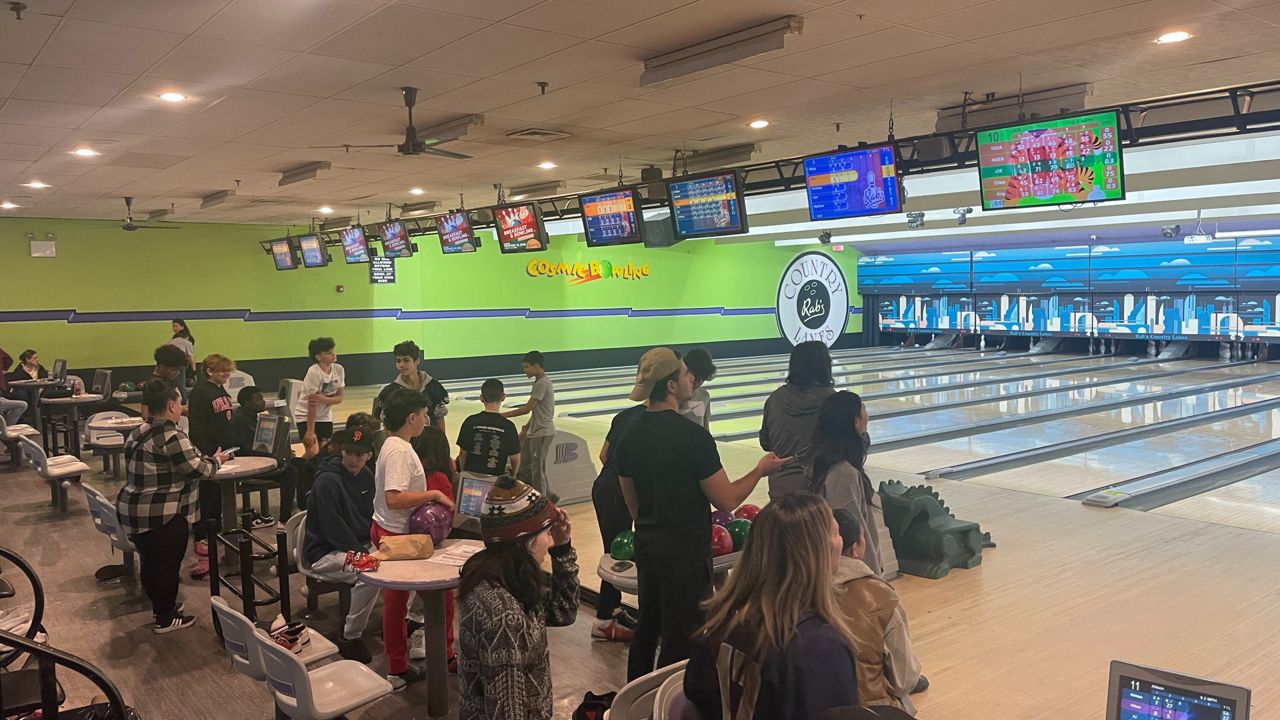 The Staten Island Lions need to reach $35,000 to make their goal in order to go to the Pop Warner Super Bowl in Orlando. (NY1/Justine Re)

“It means a lot. This is my first year playing football on a team. I usually play football for fun but now that I’m playing on a team since it’s my first year, it’s very special,” Anthony Schipani, an athlete, said.

When Schipani joined the Staten Island Lions, he never dreamed he and his teammates would head to the Super Bowl.


Jimmy Durkin, assistant coach and president of the league, is hoping the bowling event raises the money they need.

They held a fundraiser Friday at Rab’s Country Lanes for the upcoming trip.

“The smiles on their face when they finally knew they were going and the announcer saying and Staten Island is going to Florida you can just see the excitement on their faces,” Durkin said.

The team of 13- and 14-year-olds are heading to the Pop Warner Super Bowl in Orlando, which some may say it’s the little league World Series for football.

“We started the league in 2008 for the 2009 season and this is the first team to go to the national championship,” Durkin said.

“We’re fundraising to offset the cost of airfare, hotels and meals,” Durkin said.

The team hopes to raise $600 at the bowling fundraiser. It was $25 for people to take part.

For an extra boost, the bowling alley is donating $10 for every person who bowls.

Schipani ’s mother, Lori Ann DeJesus-Schipani, said considering the steep costs of the trip this fundraiser could really help parents of the players.

“I mean it’s expensive haha it was a shock I mean it really wasn’t a shock they were undefeated all season these boys are outstanding,” DeJesus-Schipani said.

Schipani and his friends hope to keep the winning streak going to win the Super Bowl.

“Definitely beat all of the national championship beating all those teams. It’s gonna be good,” he said.

“It feels like really good. I’ve never had this experience before,” Austin Busso, an athlete, said.

“We worked all season to do this. It’s just fun winning with all of the teams and the coaches,” Jaden DiLorenzo, an athlete, said.

The team will head to Florida Friday, Dec. 2.