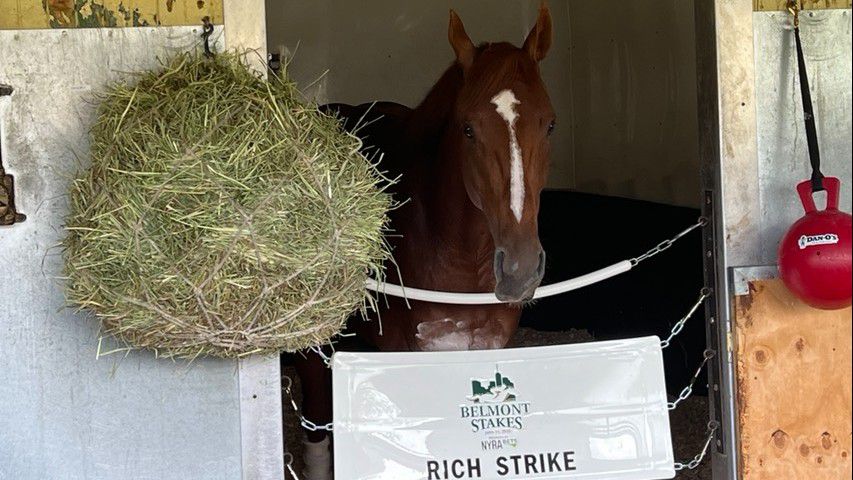 Rich Strike in his stable ahead of the Belmont Stakes on June 10, 2022. (Spectrum News NY1/Anthony Pascale)

Plenty of intrigue at this year's Belmont Stakes

Rich Strike shocked the horse racing world when he came from last to win this year's Kentucky Derby.

His dramatic late run caused one of the biggest upsets in the race's 148-year history.

After taking the last few weeks off from racing, the derby winner is ready to run in the Belmont Stakes.

For trainer Eric Reed, who is based in Kentucky and rarely runs horses in New York, just being here is a milestone moment.

"It's a thrill. This is a big race, it's a very important race and we've dreamed and watched this race on TV for years," Reed said.

He battled COVID-19 in an ICU bed for nine days in 2020. Then lost two close friends to cancer.

"There was times where we were just so low and we would dig our way up and then something else would happen to knock us down but low and behold we wake up one day and there's the Kentucky Derby winner in our barn," he said.

At this week's post-position draw, Reed said his horse is ready to prove the derby was no fluke.

"Turning for home if he's close enough he'll have a real good shot at it,” he said.

Eight horses are set to run in this year’s Belmont Stakes including the morning line favorite, We the People. 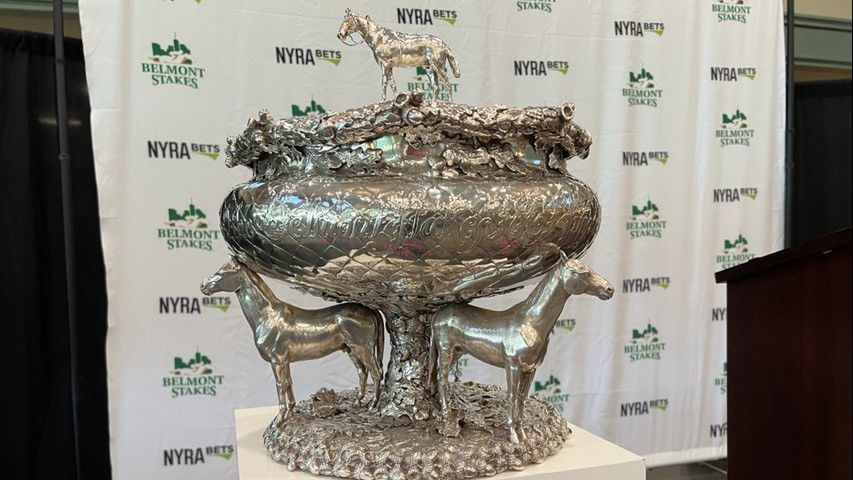 And there's also a female horse taking on the boys. Her name is Nest.

Her trainer Todd Pletcher won the Belmont with the filly Rags to Riches in 2007.

"We've seen that very good fillies can compete with the best colts and that's what we're hoping for with her," Pletcher said.

No matter what happens in the race, Rich Strike already has his name etched in horse racing history. All while giving his trainer Reed the drive to go on.

"We've been blessed and we're going to enjoy it as long as it lasts."