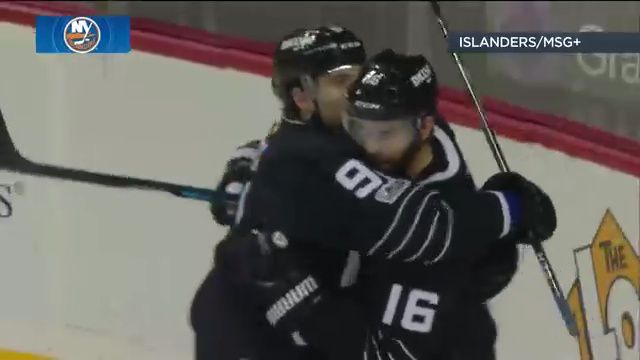 The county executive of the Long Island county where the Islanders used to play says he believes a path exists for the Islanders to return to their old home, the newly renovated Nassau Coliseum.

Nassau County Executive Ed Mangano says he has met with both Barclays Center and the Islanders.

Sources say he met with Islanders ownership on November 16.

Mangano said in a statement that he believes the Islanders can return to the Coliseum, "where the best sight lines in NHL remain, improved attractive facilities for fans and athletes and room to add seats to accommodate the Islanders."

"While the decision remains with the Islanders we believe Long Island fans will make the Islanders successful in the New Coliseum," Mangano's statement reads, in part.

The Nassau Coliseum is currently in the finishing stages of a $130 million renovation that began in late 2015. It is scheduled to reopen with a concert by Billy Joel on April 5.

The new Coliseum will be managed by Brooklyn Sports and Entertainment, which also manages Barclays Center. It will be the home of the Long Island Nets, the Brooklyn Nets' new NBA D-League team, in 2017-18.

The new arena is expected to seat about 13,000 people for hockey, according to Newsday. But sources tell NY1 the county believes the new Coliseum would be able to accommodate a capacity similar to what it used to for hockey. (The old Coliseum had a capacity of 16,170 seats during the Islanders' last season there.)