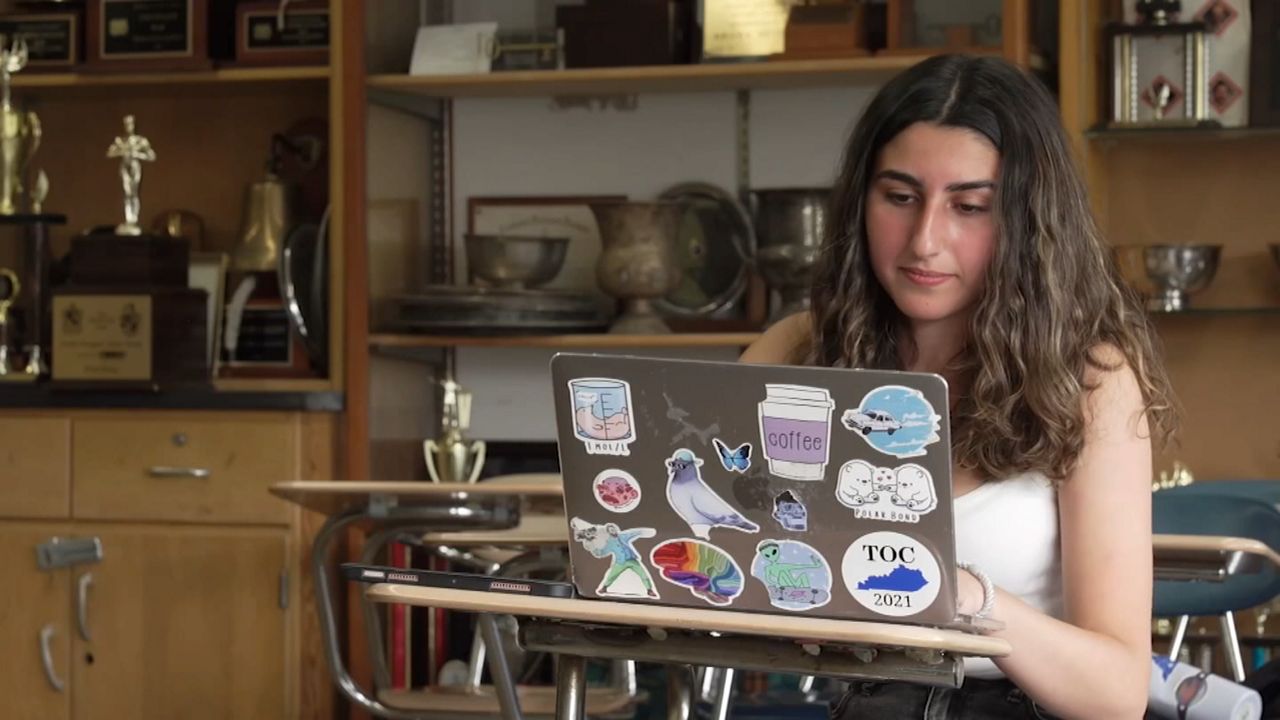 There’s no competition too great or challenge too daunting for Aliya Fisher.

“You’re able to just fail and that’s what happens and then you lose and that’s okay and that’s one of the things I love. The ability to fail and just be okay with it,” Fisher said.

But this senior at The Bronx High School of Science had more successes than failures. As part of the school’s legendary debate legacy, Fisher made it to the Tournament of Champions. And she did it in the 11th grade. A feat rarely accomplished by a junior.

“I think just the fact that we had qualified, we had made it there was like really exciting,” Fisher said.

Because of the pandemic, debate competitions were moved online. This was less than ideal for the 300-member squad and hurting morale. As captain, Fisher focused on the team.

“Taking a step back from competitions really meant being able to focus on practices and we would make practices fun. So re-implementing that team spirit that was lost due to COVID was really important to me,” Fisher said.

Fisher’s academic excellence has been recognized by the New York Times. She won a STEM writing contest which opened the door for her to do research in the Shafer lab, which is an advanced science research center at CUNY. With few female leaders in science, Fisher hopes to be someone others will look up to.

“I had a lot of amazing female mentors who sort of inspired me and showed me that it is possible to be like a high level scientist as a woman," Fisher said. "So that’s something that I’m definitely looking forward to and possibly being that mentor for other young girls.”

She founded the nonprofit STRIDES hoping to make science research more accessible and equitable through hands on experiments.

“I think that would definitely make kids more interested and more likely to pursue science and think that they are actually capable of doing it cause they are,” Fisher said.

Fisher’s can-do attitude extends to the softball field. She and her co - captain hope to build a team of not just athletes but friends.

Aliya Fisher’s future is bright! She’s off to the west coast next year to study biology at Stanford university where she hopes to take her love of science to the next level.