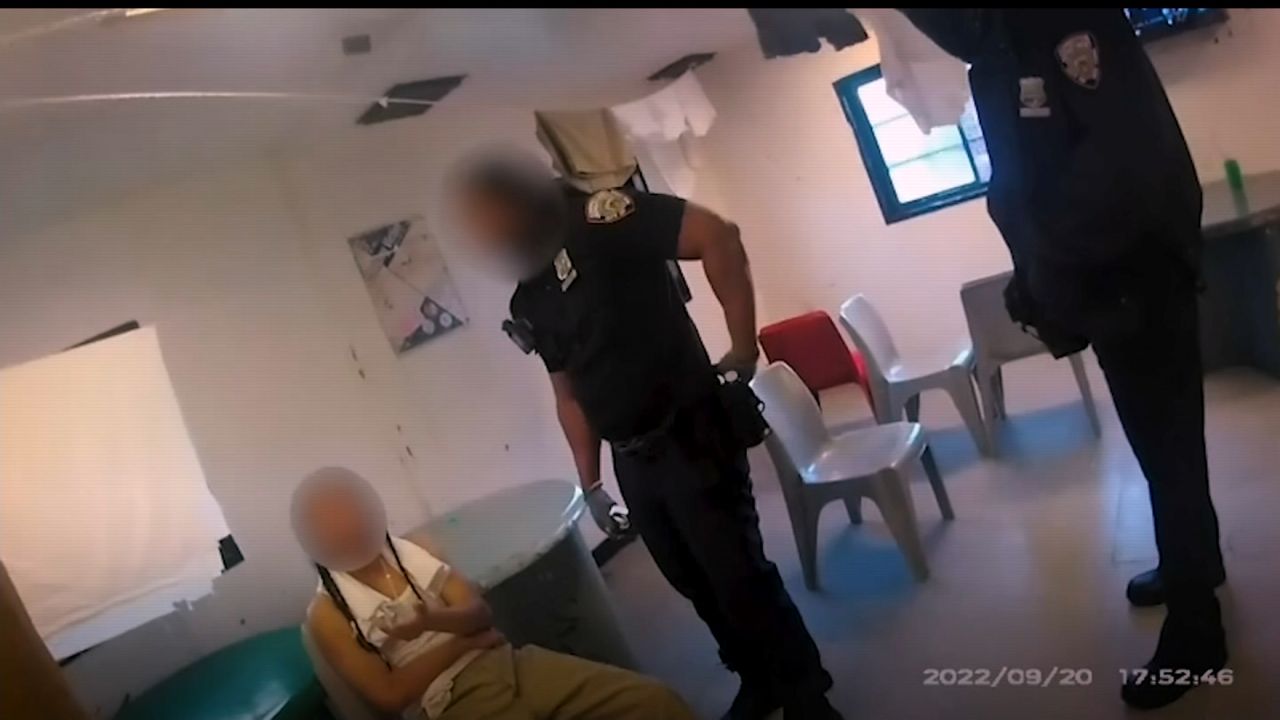 Security footage obtained by NY1 through a Freedom of Information Law request shows one detainee, Erick Tavira, who died last year, being transferred and sprayed with a chemical agent. After NY1's report came out, the Department of Correction changed procedures on how it allows an oversight body access security footage. (NY1 Photo)

For years, the oversight body overseeing the city’s Department of Correction has had real-time access to hundreds of security cameras on Rikers Island, allowing staff there to review events at the troubled jail complex whenever they wanted.

In a statement on Wednesday, members of the oversight body, the Board of Correction, said:

“The Department of Correction recently revoked the Board staff’s access to independently view Genetec” — it’s security footage system — “the Body worn Camera System, and handheld video at any time, and forbade the recording and use of such video in our work. The revocation of access to video at any time stands at odds with the New York City Charter.”

The board is demanding the decision be reversed.

Officials at the board say it has used its unfettered access to do its job of oversight of the city’s jails, whether that’s monitoring violence or overcrowding.

“For example, when there was severe overcrowding in EMTC, the video was able to show us whether it was getting resolved or not, and we cannot rely on the Department of Correction to tell us what is happening in those kind of situations,” said Dr. Bobby Cohen, a longtime member of the board.

Under the new protocol, the board no longer has access to this video in its office, and must request access to it at Department of Correction headquarters.

A spokesperson for the Department of Correction sent NY1 this statement in response:

“We are an agency deeply committed to transparency. A change in protocol was made concerning how — not if — the Board of Correction can access all real-time DOC camera footage. BOC members are able to view footage at a designated location, which does not impede their ability to perform oversight of our jails and aligns with the City Charter.”

“The department should have began ‘we are engaged in a systematic approach to limit the oversight of the Board of Correction’ instead of what it said,” said Dr. Cohen.

This change comes days after NY1 received body worn camera footage from the Board of Correction as part of an investigation into mental health care on Rikers Island.

We put that footage on air last week, as part of an investigation into mental health care on Rikers. Seen here (https://t.co/GIfx4hmwsR). The Board of Correction says revoking the access to this footage prevents it from conducting proper oversight of @CorrectionNYC.

The footage shows one detainee, Erick Tavira, who died last year, being transferred and sprayed with a chemical agent.

NY1 received the footage through a Freedom of Information Law request with the Board of Correction.

It’s unclear if the department’s move to curtail the board’s access to this kind of video was in response to the board’s public disclosure.

.@NYCSpeakerAdams and @CarlinaRivera respond to @CorrectionNYC’s decision to limit the Board of Correction’s access to its security camera footage. They call it “dangerous and legally dubious” pic.twitter.com/aBTyqLWsUA