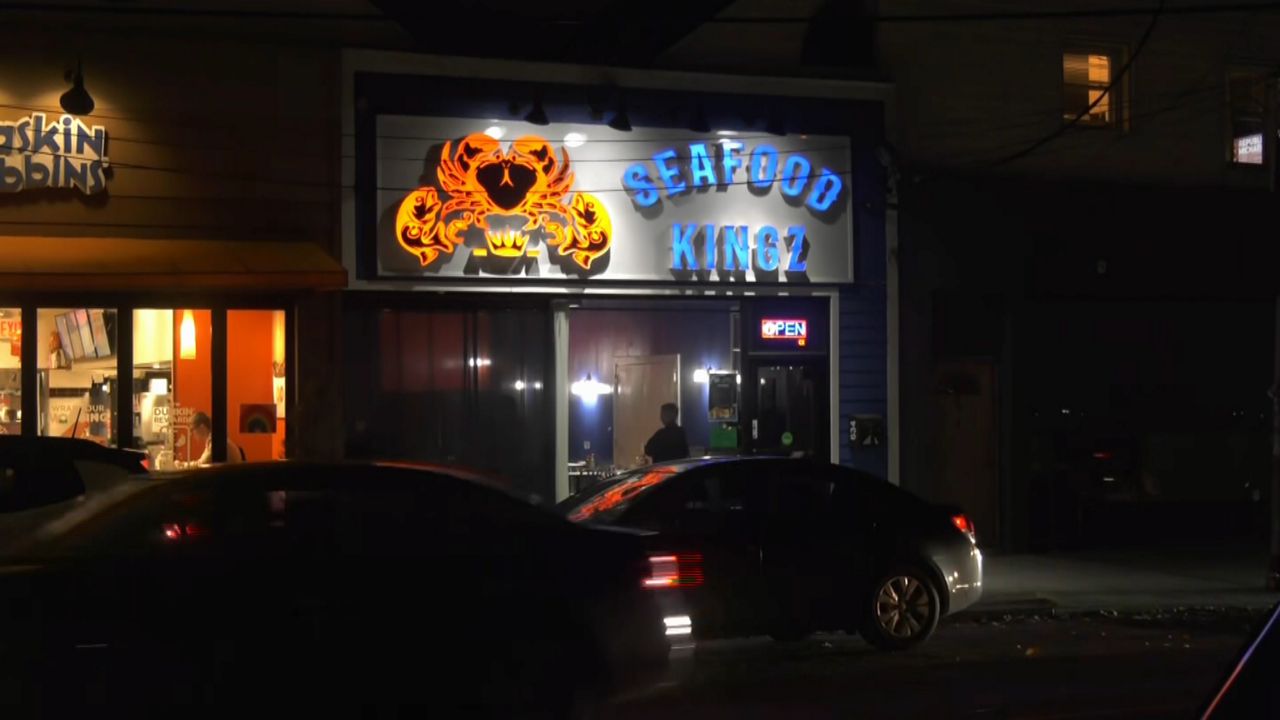 Darryl Lelie, the owner of Seafood Kingz on City Island said he’s been trying to track down the person responsible for placing this unsettling cartoon depicting racial stereotypes in his mailbox last week.

“You get mad about it but that’s only creating  more of a fire and desire in me to press on and be successful,“ said Lelie.

His family owned restaurant opened back in February offering a taste of seafood with soul food trimmings. Located near the entrance of the City Island bridge, it’s one of dozens of restaurants along this strip offering sea food -but one of just a handful of Black-owned restaurants.

At least three businesses here including Archie’s tap and table and Caliente’s seafood - another black owned business - were allegedly targeted.

“I know that Arties  down the street from us he also received the letter, Arties I believe is Jewish he’s offended by that he’s been here a long time,” said Lelie.

Staff at the Archie’s and Caliente’s did not want to appear on camera, but according to the NYPD they received  a complaint report from a business owner Archie’s in late October. No arrests have been made and the investigation  is still ongoing. The hate crimes task force has also been notified. The owner here at Soulfood Kingz says all of this is not surprising to him at all.

“I have customers who come here, 90 years old  80 year old, they tell about how this island used to be when they were growing up you couldn’t stay on this island past 6 o’clock or you would be confronted with racial tension or something,” said Lelie.

Portia Siddiq, a regular here, says she’s been coming to city island almost half her life and considers this new black owned business a treasure that should be protected.

“Coming here this like family here the food is delicious, the service is great,” she added.

And that’s exactly what Lelie wants to focus on, good food and quality for his customers

”life is too short to waste time trying to instill fear through letter and papers,” said Lelie   “We’re here we’re not going no where- we’re going to stay here”

Lelie said he plans on filing an official complaint with police and is also organizing a rally with elected officials to speak out against hate.