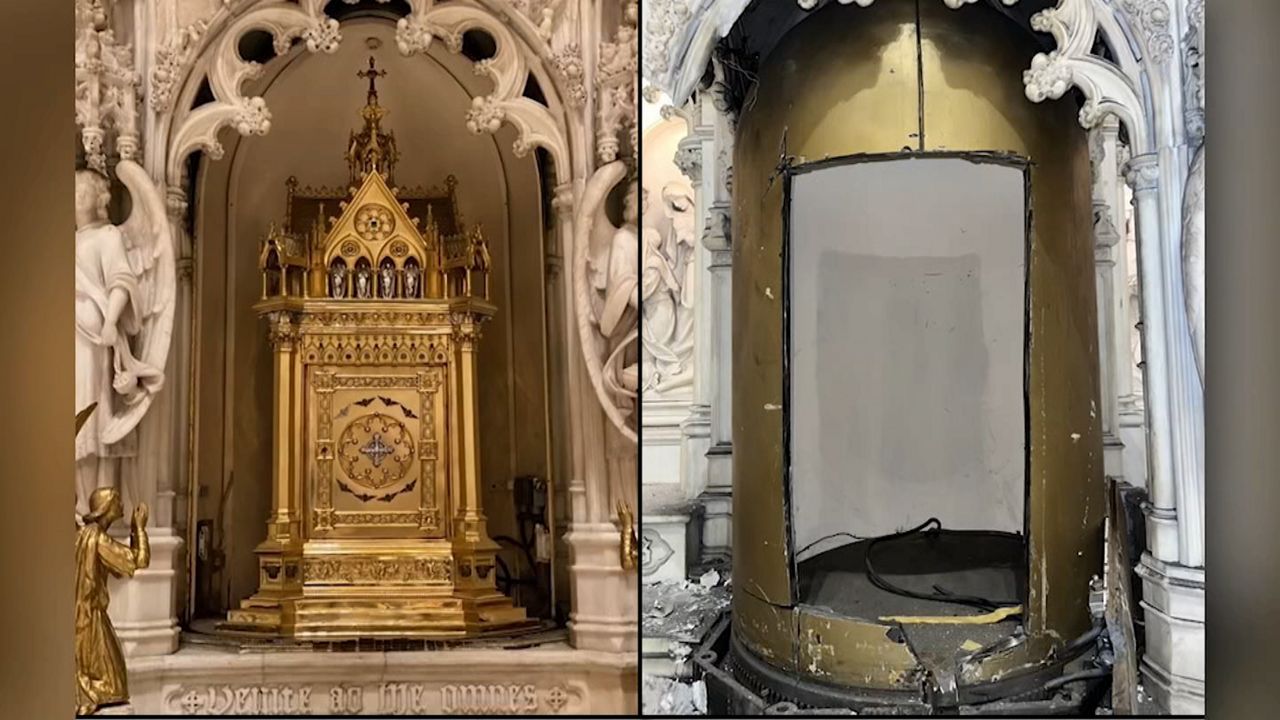 A $2 million tabernacle was stolen and the altar vandalized at a Catholic church in Park Slope over the weekend, police said.

“I was here and just sick to the pit of my stomach!" Father Frank Tumino said, visibly upset as he addressed distraught parishioners in his Sunday homily at St. Augustine Roman Catholic Church in Park Slope.

The ornate home of the communion bread contained 18 karat gold and was dotted with jewels, according to police.

A metal casing on the altar was also "forcefully cut open" and a statue of an angel was decapitated, police said. Pictures provided by St. Augustine Catholic Church and the Roman Catholic Diocese of Brooklyn show debris and Eucharist wafers on the ground. 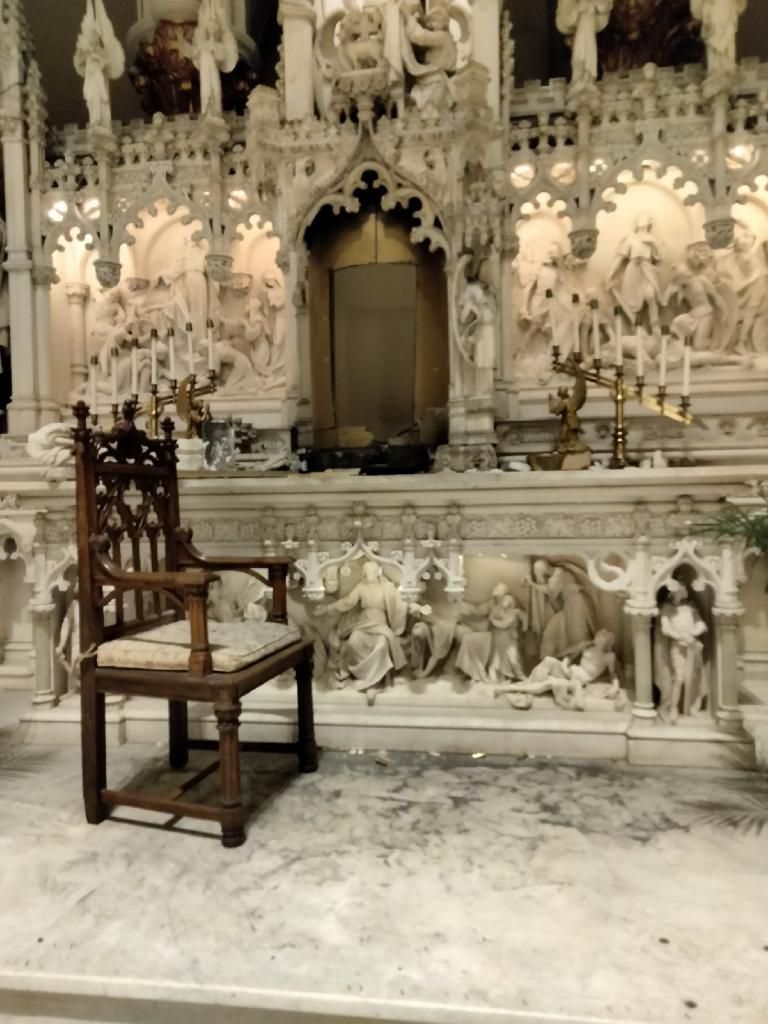 "This is devastating, as the Tabernacle is the central focus of our church outside of worship, holding the Body of Christ, the Eucharist, which is delivered to the sick and homebound," said Frank Tumino, the pastor at St. Augustine, in a statement. "To know that a burglar entered the most sacred space of our beautiful Church and took great pains to cut into a security system is a heinous act of disrespect."

Police believe the break-in and robbery occured on Friday around 6:30 p.m. Tumino discovered the crime on Saturday, the church said. A safe was also cut open, but nothing was taken, according to the church.

Church officials say the Tabernacle dates back to when the church was built in the late 1800s. And they called it “irreplaceable” due to its historical and artistic value. They added that the Holy Eucharist housed inside the Tabernacle was thrown all over the altar, telling us the angels that flanked the Tabernacle were decapitated and destroyed.

“You’ve taken away something that is so beautiful, that has given people beauty in the midst of the ugliness of their lives at times,” Tumino said.

Shane Visbal has been part of the parish here at St. Augustine for more than 12 years. He says with the city’s crime rate at alarming levels, he is outraged but not surprised.

“Granted, this isn’t someone getting murdered or a kid being shot,” Visbal said, “but it’s like a direct hit on my neighborhood and on the community itself and on the catholic community here too.”

Police are asking anyone with information to reach out at 1800-577-TIPS. 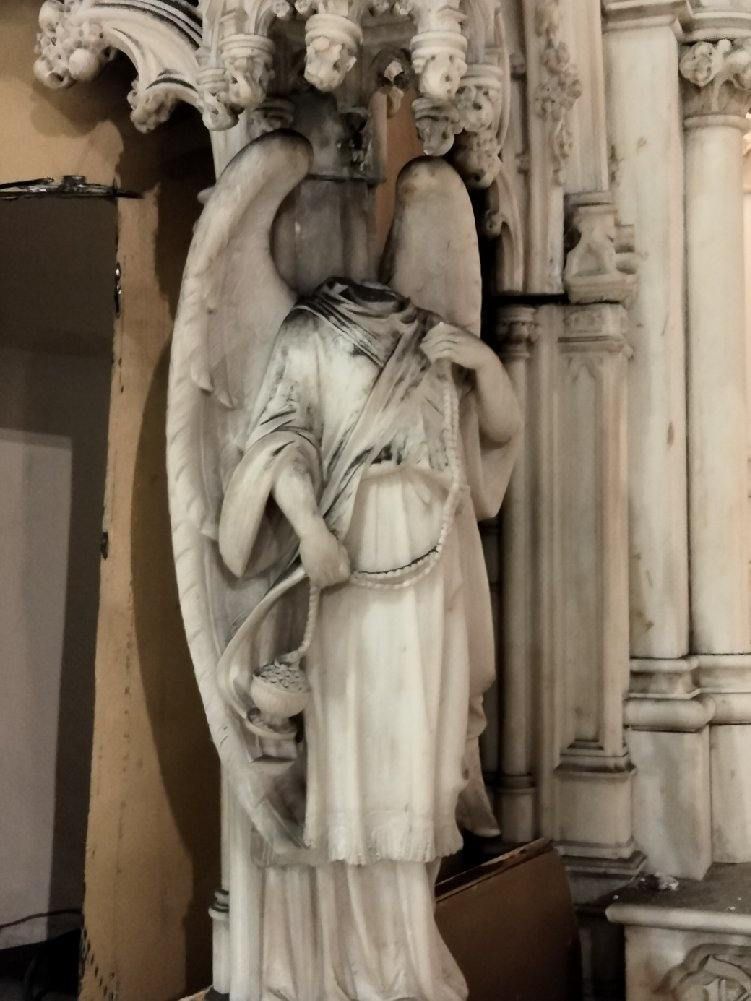