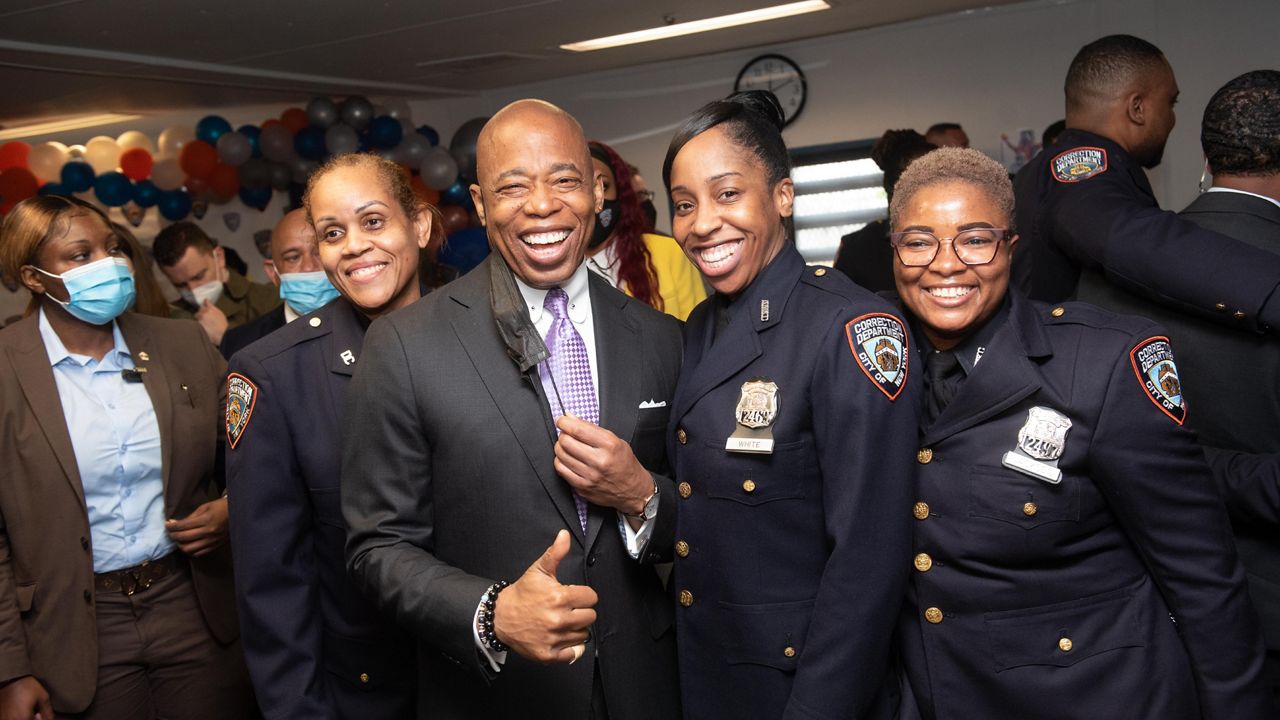 As protestors marched against Rikers Island in front of City Hall Tuesday, the city filed its proposed Rikers action plan in federal court. The 26-page document is supposed to detail how Mayor Eric Adams’ administration is going to turn the troubled jail complex around.

The city hopes the plan will convince a federal judge to not place Rikers under federal control, something U.S. Attorneys have asked for.

The plan promises to tackle the Department of Correction’s staffing crisis, where hundreds of correction officers call out sick daily, and hundreds more are on medically modified duty.

It also says it will to revise its policies and procedures regarding sick leave and absence control within 90 days. If this plan is approved by the court, within 60 days, the Department of Correction promises to eliminate the abuse of medically modified duty.

“As today’s state court decision holding the Department of Correction in contempt of court makes clear, this Administration’s inability to staff and manage its jails puts lives in danger every single day,” the Legal Aid Society said in a statement Tuesday. The group is representing the plaintiffs in a lawsuit against the jail. “We have yet to see the swift, decisive action necessary to abate this harm, and the promises made today in federal court in Nunez are not action.”

As part of the city settlement of a class-action lawsuit, Nunez v. City of New York, a federal monitor is required to make periodic reports on the status of the jail. In recent months and years, the monitor has called the conditions on Rikers a crisis.

What was clear in the court filing is the federal monitor may want to give the city another chance.

“An opportunity still exists for the City and the Department to exercise their respective authority in overcoming these obstacles if they commit, utilize, and dedicate aggressive, vigorous, and creative strategies to the problems facing the agency,” wrote the monitor, Steve J. Martin.

That may be a tough sell to those who have lost loved ones in the city’s jails, including 20 in 2021 and 2022 alone. Like Lezandre Khadu, who lost her son, Stephan, while he was in custody last year.

“What else do you guys need to hear and see, like how much more mothers do you need to see until god forbid it’s Eric Adams’ family member or the DOC’s son,” Khadu said through tears at Tuesday’s protest. “When is somebody going to do something.”

On Tuesday, a Bronx judge did find the city in civil contempt for failing to get detainees to medical appointments on Rikers in December and January.

The city will have 30 days to remedy the issue or face stiff penalties. In response to that decision, a Department of Correction spokesperson said that “ensuring people in custody get timely medical care is and always has been a priority for the Department of Correction. Commissioner Molina and his team are committed to addressing these issues.”