Samuel Fisher stashed an AR-15 style assault rifle, a "ghost gun" pistol, and other weapons in his Upper East Side apartment, prosecutors said. (Photo courtesy of the Manhattan District Attorney)

An Upper East Side man who participated in the Jan. 6 riot at the U.S. Capitol was sentenced to three and a half years in prison for illegal possession of an assault rifle, a “ghost gun” pistol, a shotgun, and high-capacity magazines, the Manhattan district attorney said Monday.

Samuel Fisher stashed the weapons in his Upper East Side apartment, which were discovered after the FBI arrested him there on Jan. 20, 2021, prosecutors said.

“Samuel Fisher is a dangerous conspiracy theorist who participated in one of the gravest attacks on our democracy,” Bragg said in a release. “Not only did he threaten to commit violence against his fellow citizens, he had the potential to follow through with his arsenal of advanced weaponry and ammunition.”

The 33-year-old Fisher pleaded guilty to felony criminal possession of a weapon in the second degree, the district attorney said. He will serve three and a half years in prison followed by three years of post-release supervision.

"Mr. Fisher is gratified to be putting this chapter behind him and moving forward with his life," said Fisher's attorney, Wayne Gosnell, in a statement. "This was a complicated sentencing. The Court recognized Mr. Fisher's unique mental health and addiction issues and imposed a tough but fair sentence."

The AR-15 style assault rifle Fisher possessed is illegal to own in New York State, as well as the “ghost gun” pistol. Ghost guns are untraceable weapons, often 3D-printed or built from parts ordered online without serial numbers.

Fisher is a believer in QAnon conspiracy theories and encouraged armed resistance to the transition of power after the 2020 election, according to prosecutors. Fisher garnered a following online as a dating coach under the alias “Brad Holiday” and used his following to spread conspiracies and discuss violence against his political enemies, the district attorney said. 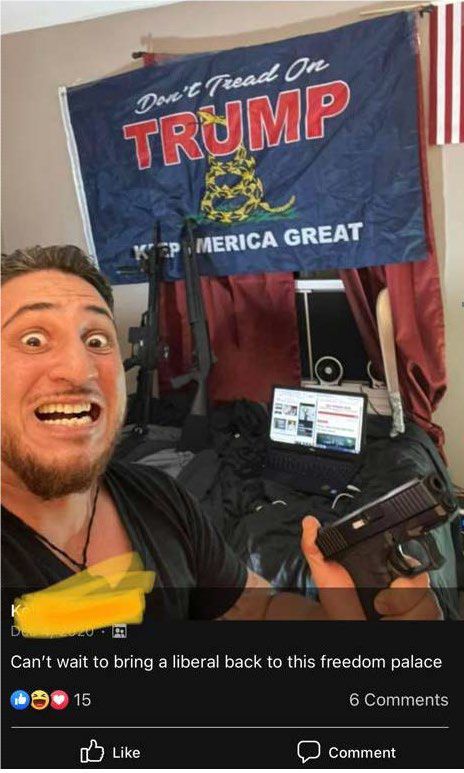 Samuel Fisher styled himself as a dating coach and used his online following to spread conspiracy theories, prosecutors said. (Photo courtesy of the Manhattan District Attorney)

Authorities cited a post to his website the day of Jan. 6 where he listed off three outcomes he believed may occur as Congress moved to certify now-President Joe Biden’s Electoral College victory over Trump.

“The Deep State is arrested and hanged on the White House lawn for the High Treason,” Fisher allegedly wrote as one option. Another option, if Trump failed to stop the electoral count, would be for “Patriots to show up in the millions with guns. They execute all treasonous members of government and rebuild.”

“If millions of patriots don’t show up with guns… it could be over,” Fisher wrote to one supporter the night before the riot, the FBI said in their criminal complaint​ from January 2021.

The morning of Jan 6., Fisher posted photos of an assault rifle and a handgun he claimed he was storing in a Washington, D.C. parking garage in case “it kicks off,” according to FBI.

Upon returning to New York after Jan 6., Fisher wrote to one friend calling the day “awesome” and warning the friend to “get ready” for more violence, prosecutors said.

“Seeing cops literally run... was the coolest thing ive ever seen in my life," Fisher worte, according to the FBI. “In all seriousness and get ready… get in shape and see if you can find someone that knows medical/veteran w/ combat experience.” 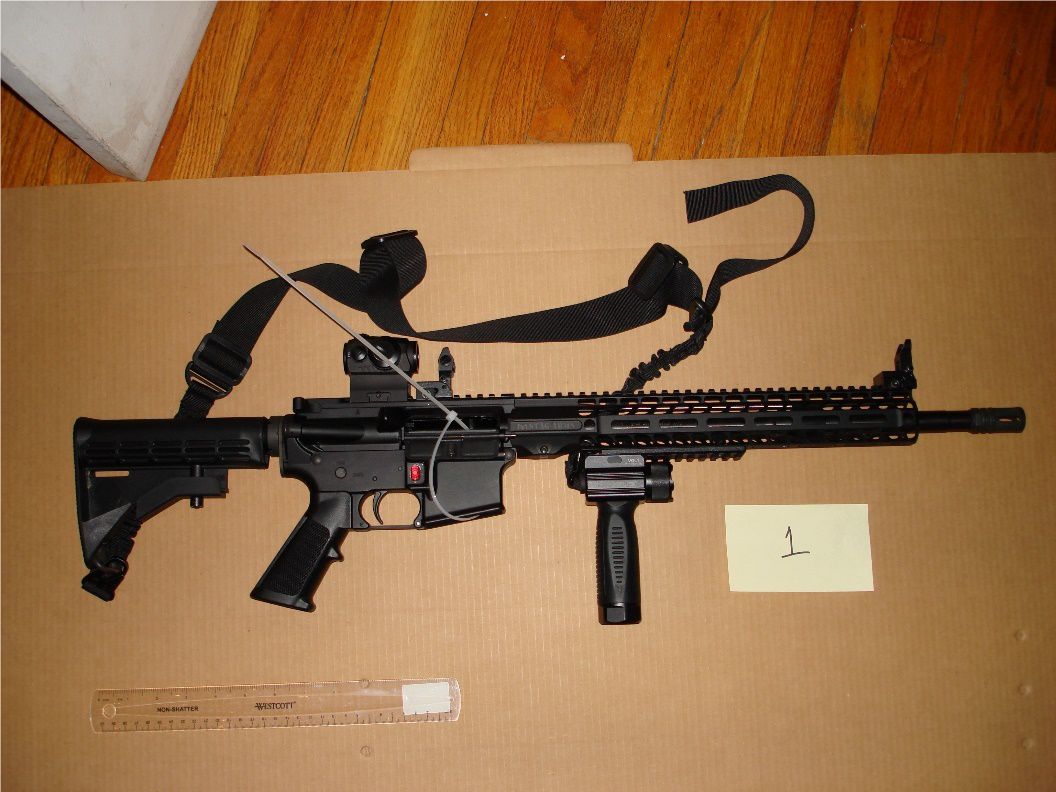 One of the guns recovered by the FBI from Fisher's Upper East Side apartment. (Photo courtesy of the Manhattan District Attorney)