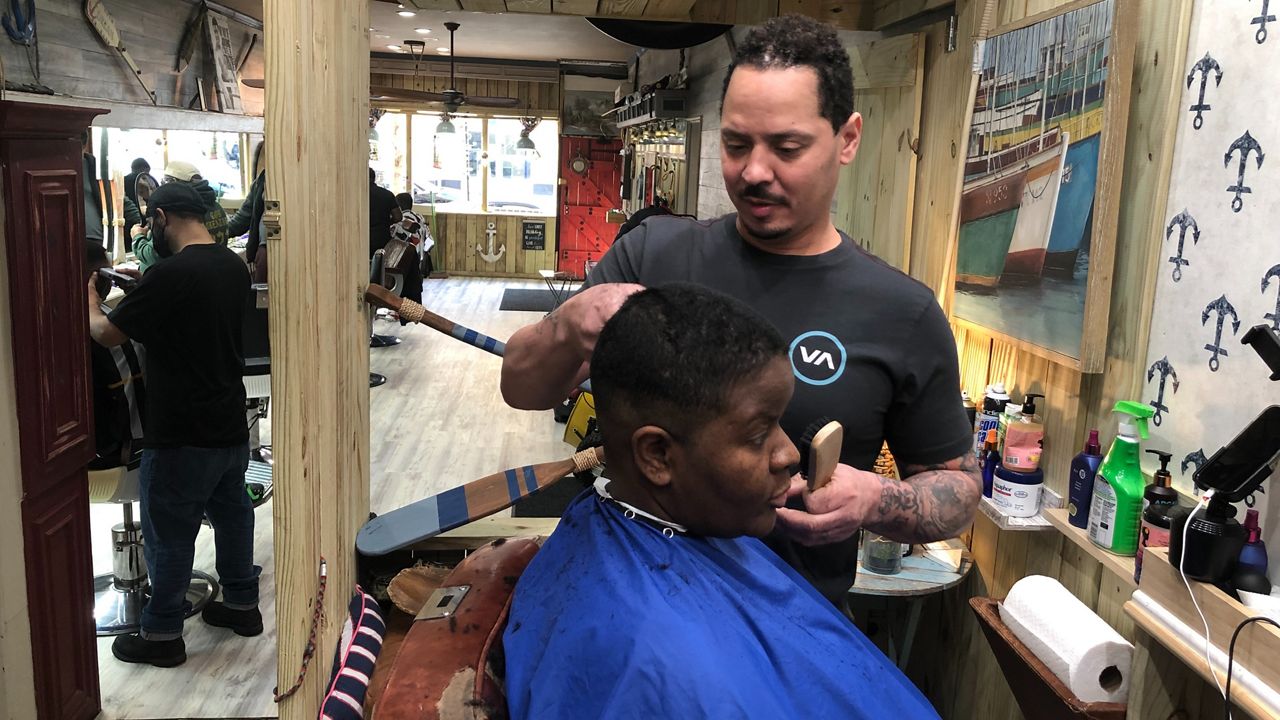 Residents across the city are conflicted over the return of the NYPD's neighborhood safety teams, including Earl Figueroa, a barber from Harlem. He says he wants the community to be safe from cops and the guns that have flooded the streets. (NY1/Dean Meminger)

Hitting the block to get guns off the street is the mission of the NYPD’s new neighborhood safety teams.

“I recognize that it is tremendously difficult work and potentially very dangerous work,” said NYPD Chief of Department Kenneth Corey to officers in one of the new units in a video released by police Monday.

The teams officially started rolling out at the beginning of the week.


So far there are 25 teams across the city in high crime precincts, including the 46th Precinct in the Bronx and the 75th Precinct in Brooklyn. Each team consists of a sergeant and five officers. The eventual goal is to have a unit in 30 precincts and four housing police service areas.

Former police commissioner Dermot Shea got rid of the old anti-crime unit after plain clothes officers were involved in several high-profile shootings and reform advocates said they were too aggressive towards Black and Hispanic New Yorkers.

Mayor Eric Adams campaigned on a promise of reducing gun violence and reinstating a revamped unit.

Earl Figuerora owns a barbershop in Harlem and has concerns over cop tactics. But he still welcomes the neighborhood safety teams in the wake of a flurry of shootings in his neighborhood, including the killings of officers Jason Rivera and Wilbert Mora in January.

The NYPD says the teams have received seven days of training on minimal force techniques, de-escalation, car stops, courtroom testimony and the constitution.

The NYPD released video recorded Monday of some officers in the unit assigned to the 32nd Precinct in Harlem interacting with community members. The 32nd precinct is where slain officers Rivera and Mora worked.

Members of Street Corner Resources are violence interrupters and work to deter young people from using guns. Some advocates worry that, although the new unit of cops wear clearly marked uniforms, they still drive around in unmarked cars and use an element of surprise while trying to arrest people with illegal weapons.

“The kids in the community are now carrying, you can’t just jump out,” said Joshua Marte, a supervisor with Street Corner Resources. He says aggressive tactics like that can cause a shoot-out on the street.

Iesha Sekou, the head of Street Corner Resources, says she hopes the neighborhood safety teams are successful. She says just like all cops are not bad, all members of Black and Hispanics communities are not bad and she wants officers to remember that.

Police commanders have also stressed that to the new teams as they try to make the city safer.

“You going to do it safe and you are going to do it constitutionally in the way you were trained,” said Kathleen O’Reilly, the NYPD's chief of patrol, in the department's video kicking off the teams' first day.