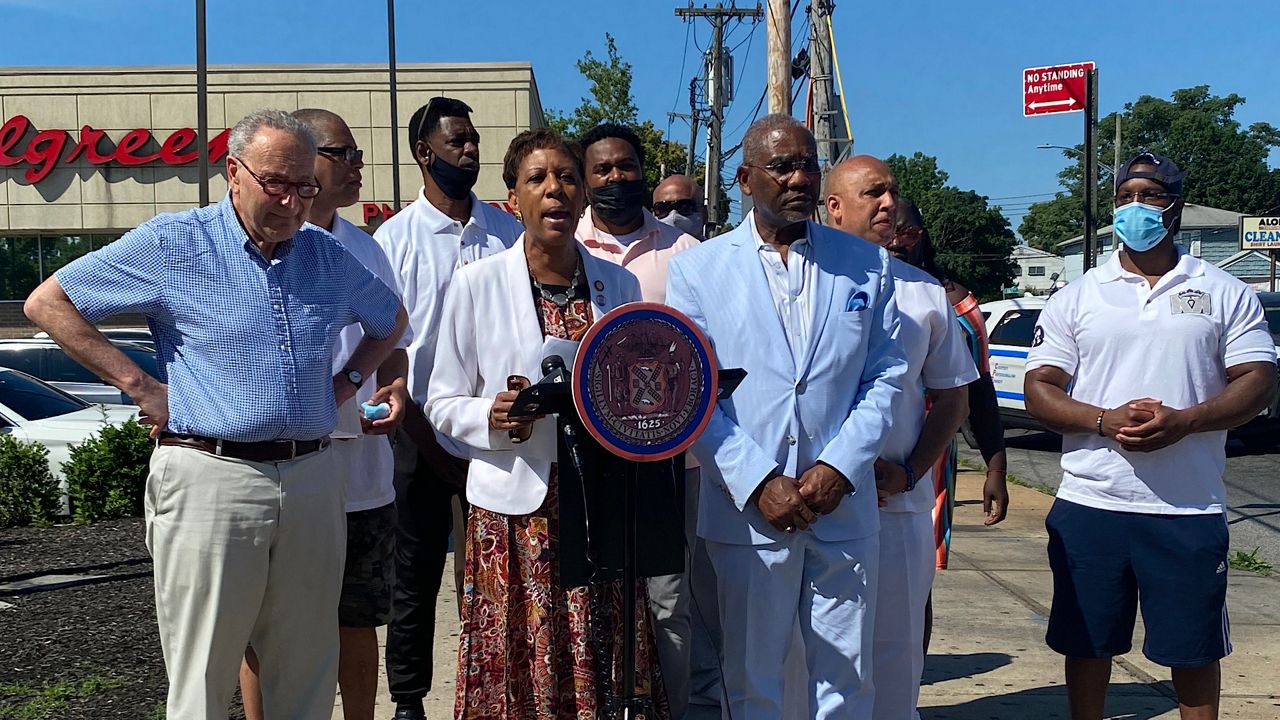 “We were promised a safe summer, it is June 20 and the summer is getting anything but safer,” the council woman said during a press conference in Rochdale, Queens.

Adams is also the council’s chair on public safety.

She was joined by Senator Chuck Schumer, Congressman Gregory Meeks and  Queens community groups to call on local and federal government to do their part in keeping people safe this summer.

“I join all of my colleagues here in our quest for safe streets and we in Washington are doing all we can to help with hat quest,” added Senator Schumer.

In April, Mayor Bill de Blasio announced the Safe Summer NYC plan, but Adams  questions when that work is going to begin.

“We very enthused about it when it was rolled out. Especially with the increase right now in violence. We just need the powers at be to implement this tremendous plan that was promised to our community,” explained Adams.

Lance Feurtado is the executive director of the King of Kings Foundation, a Queens based violence interrupter group.

They are one of two new groups, the de Blasio administration has added to the city’s Crisis Management System network.

“We need more help. It takes us collectively," said Feurtado.

Since 2010, groups like the King of Kings, now work out of 22 city precincts.

But Adams says they need more now to keep up with the increase in violence.

“They can get the job done like no other can."

We have reached out to City Hall for comment but have not yet heard back.