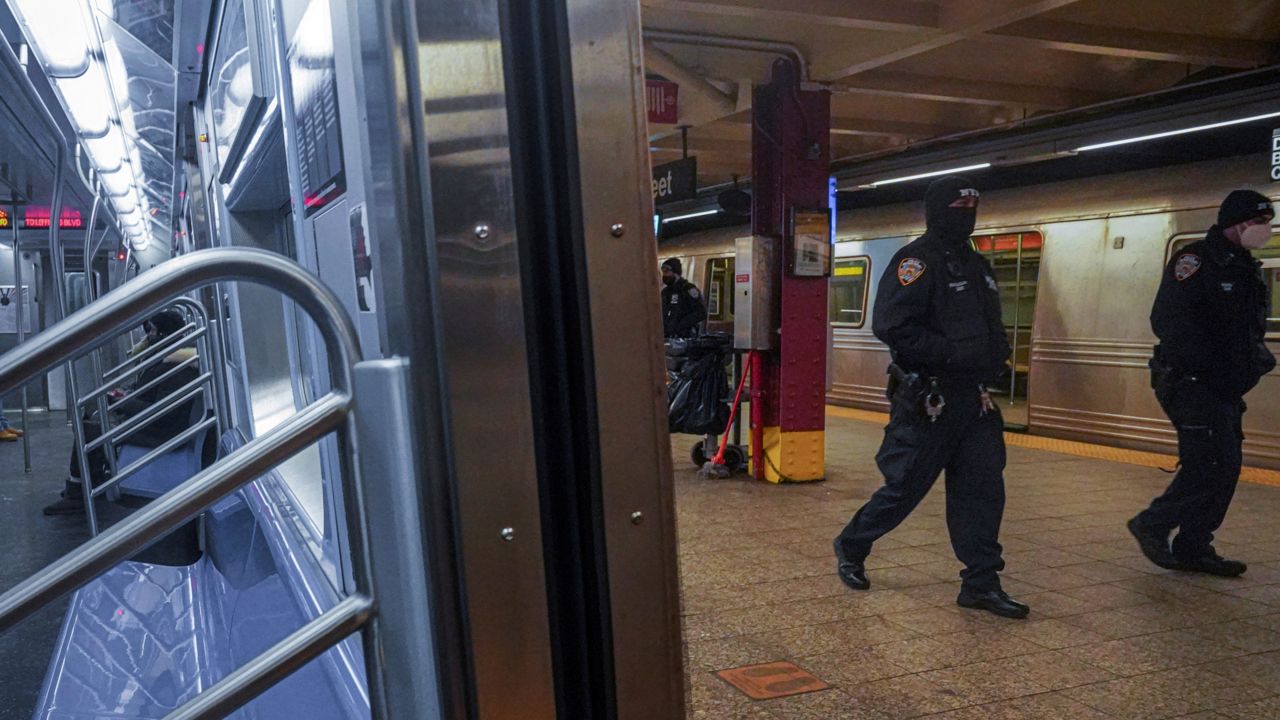 NEW YORK - The MTA wants 1,000 additional NYPD cops to patrol the transit system following a series of stabbing incidents on the A line over the weekend.

Four homeless people were stabbed, two fatally, over a 14-hour period beginning Friday morning. Police on Sunday arrested Rigoberto Lopez, 21, on charges of murder and attempted murder in connection with the attacks.

In response to the stabbings, the NYPD has deployed 500 more cops to the subway system, but top MTA officials say they need more.

In a letter to Mayor Bill de Blasio and Police Commissioner Dermot Shea, MTA Chairman and CEO Pat Foye and interim New York City Transit president Sarah Feinberg said there needs to be a larger police presence in the system and "a much greater focus on mental health care services and interventions."

"The fact is that we all see a disturbing trend above ground and below ground, which as you know began prior to the pandemic, and now has been exacerbated by the acute mental health crisis we are facing," the letter said. "Ridership is down 70% in the subway and 50% on buses, and while overall crime remains on the decline, felony assaults have increased 26.5%. In 2020, murder and rape – while they remain incredibly rare and represent a small fraction of crime systemwide – doubled from three to six and three to seven respectively. Assaults on our workers, from harassment and threats to physical violence, continue to occur far too often. Every single one of these occurrences is one too many."

Foye and Feinberg said they want uniformed officers stationed at every station and riding the system throughout the day and night to keep riders safe.

In a statement about the request, a spokesperson for de Blasio only referenced the 500 cops the NYPD has deployed to patrol the subway.

"The City is immediately surging 500 officers to keep New Yorkers safe in our trains, stations, and platforms," Avery Cohen said.  "They will work hand in hand with the thousands of officers and outreach workers who already do this work in our communities and subways every day"