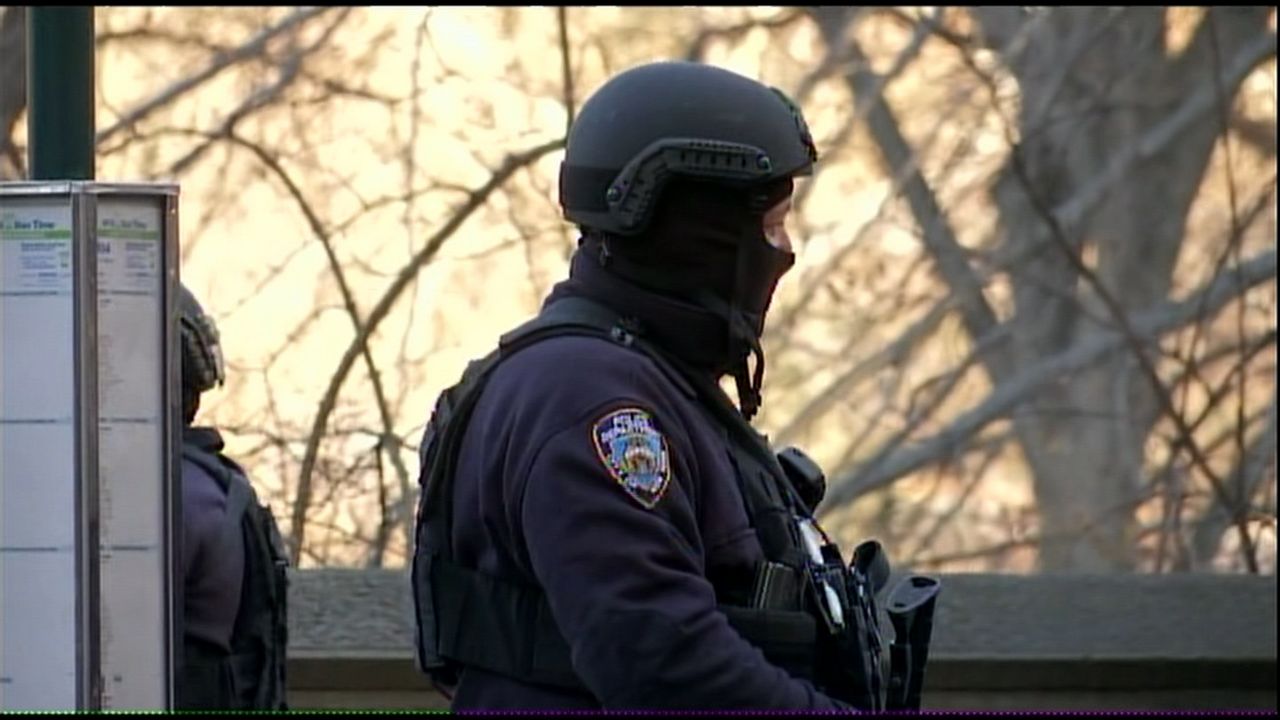 NYPD on Alert for Any Violent Inauguration Day Protests

New York City police are ready for any violence or protests that may happen on Inauguration Day.

"Constantly preparing, constantly anticipating," said retired NYPD detective Michael Lollo. He did 21 years on the job and worked in the threat assessment and protection unit, part of the Intelligence Bureau.

Lollo says the police department's response following terrorist attacks across the country and world is to deploy more officers around the city, including to potential terrorist targets.

New Yorkers can also expect that in the days leading up to and including next Wednesday, Inauguration Day. Lollo explained the department is basically a small army.

"The ability of having such a large number of officers, 35,000 plus police officers is a huge benefit that New York City has where others municipalities don’t have that size."

The retired detective, who has worked on protecting New Yorkers and foriegn dignitaries, says with threats of possible violence in state capitals across the country, city police are not taking any chances simply because New York City is not the state's capitol.

He says while there will be extra police at government buildings, police also will be working behind the scenes, monitoring social media and speaking to sources and informants about any possible trouble. The NYPD doesn't want to be caught off guard and have a situation like what happened at the Capital building in Washington.

"I don't think we ever, as a New York City detective, ever took anything for granted. That's like mistake 101," said Lollo.

When asked if the NYPD is monitoring domestic terrorists or extremists on the far right because the mob that stormed the Capitol last week were called domestic terrorist by many people, Lollo responded, “I think to be effective, I think law enforcement needs to monitor everything. So they just don’t look at one particular group, they look at all the groups to look for a potential situation that might arise."

And while trying to prevent any situations, he says the NYPD is definitely able to respond quickly if violent protests break out.