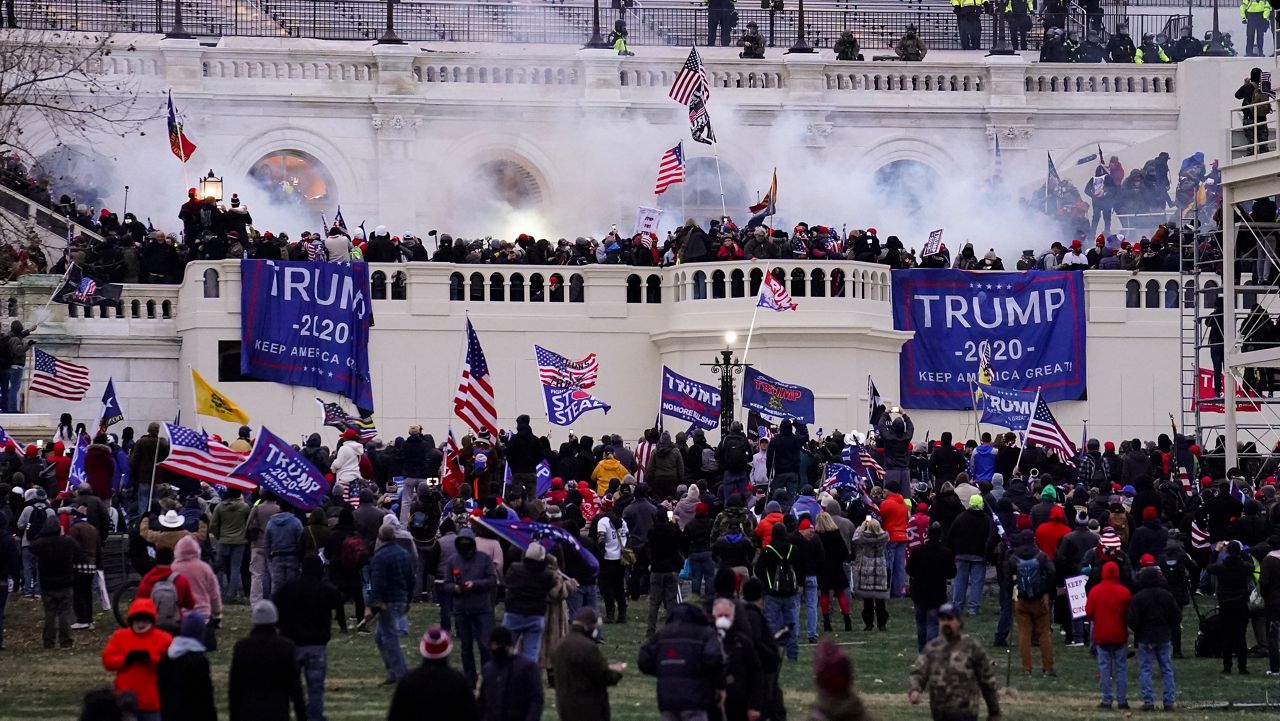 NYPD Investigating Member Who May Have Participated in Capitol Riots

Police Commisioner Dermot Shea told NY1 the NYPD is investigating at least one member who may have participated in last week's riots at the Capitol Building.

"I can tell you that there is one investigation that is active on one member. There is no name yet released because we don't know yet if it's true or not, but I can tell you that anyone committing crimes certainly would have a very short shelf life with the NYPD," said Shea.

“If we have proof that someone violently attacked our United States government, they will not be working for New York City any longer,” he continued.

Shea said 200 NYPD officers are headed to Washington next week to help provide security for Joe Biden's inauguration. They'll join the several thousand officers the district is recruiting from around the country.

There are also thousands of National Guard members from six states, including New York, helping Capitol and D.C. police.

The extra forces are coming in response to last week's riots.

The Jan. 20 ceremony is already expected to be scaled back considerably because of the pandemic.

Shea himself is working remotely after testing positive for coronavirus on Friday. The police commissioner said he has mild symptoms, chills and aches, and is resting at home.

At least 400 NYPD patrol cops have received the COVID-19 vaccine as of 7 a.m. Monday, on the first day of the state's expanded vaccine elligibility.