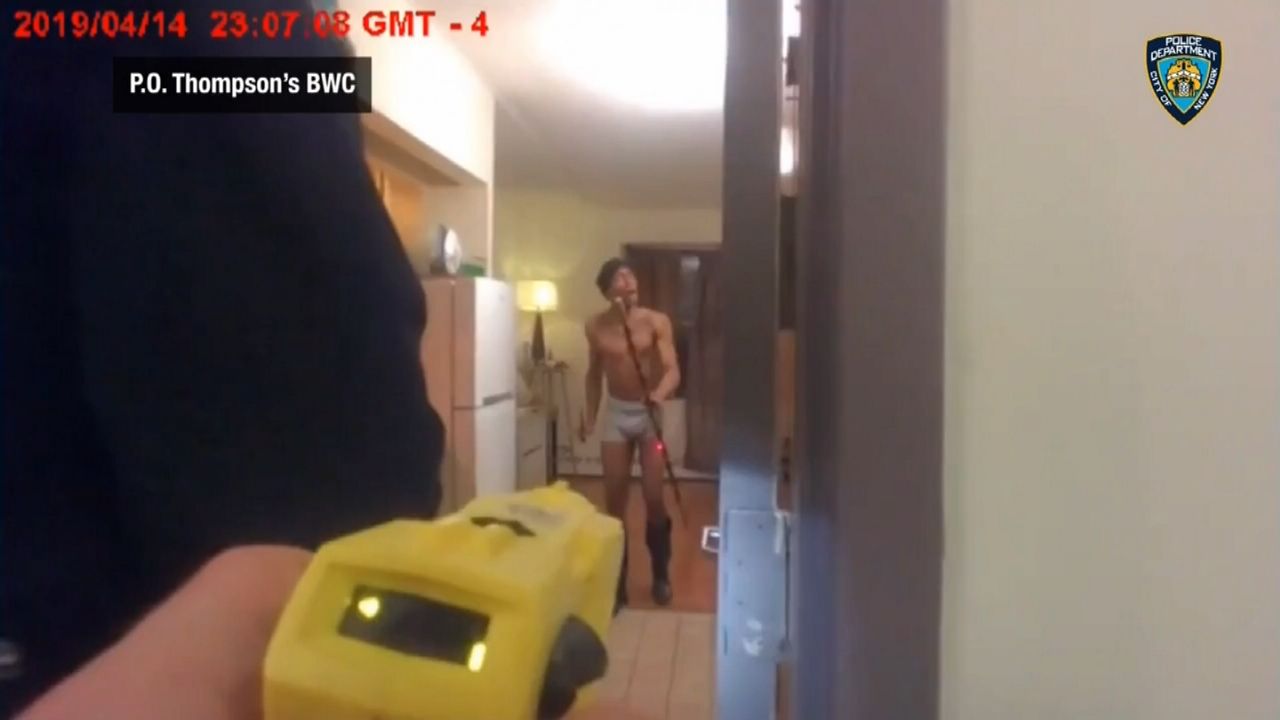 BRONX, N.Y. - In a confrontation that appears tense from the start, Kawaski Trawick demands to know why police are at his door, accusing the officers of forcing their way in to his Bronx apartment. They demand that he drop his knife. Trawick does not and continues holding both the knife and a stick.

Officer Brendan Thompson's body camera was released by the NYPD Tuesday. Officials say the video shows that after being tased and falling to the floor, Trawick gets back on his feet and, while still holding the knife and stick, rushes towards the officers. Officer Thompson then fires his gun. Trawick was fatally shot twice in the torso.

Police say officers responded because Trawick had falsely reported a fire at the building. They say he was also acting erratically and threatening neighbors.

An attorney for Trawick's family says police failed to follow NYPD protocol for dealing with someone having a mental health crisis.

"If you walk into an apartment and someone has a knife and protocol says to confine and contain or contain and confine, why don't you just close the door?" said attorney Royce Russell.

A hallway surveillance video released by the NYPD also shows that Officer Herbert Davis, who has 16 years on the force, advises Officer Thompson, who has been on the force three years, not to use his Taser. Davis also appears to tell Thompson not to fire his gun.

"So why does this officer have his taser out and gun out simultaneously" asked Russell, who said that instead of trying to ease the confrontation, the officers escalated a situation that should not have involved lethal force.

"These officers should be fired," he said. "Termination is the only thing that I see as the clear finish line."

The NYPD's Use of Force Review Board has completed its investigation.  Offiicias say it's now up to the commissioner to decide whether the officers will be disciplined.

Trawick's family is planning a lawsuit.