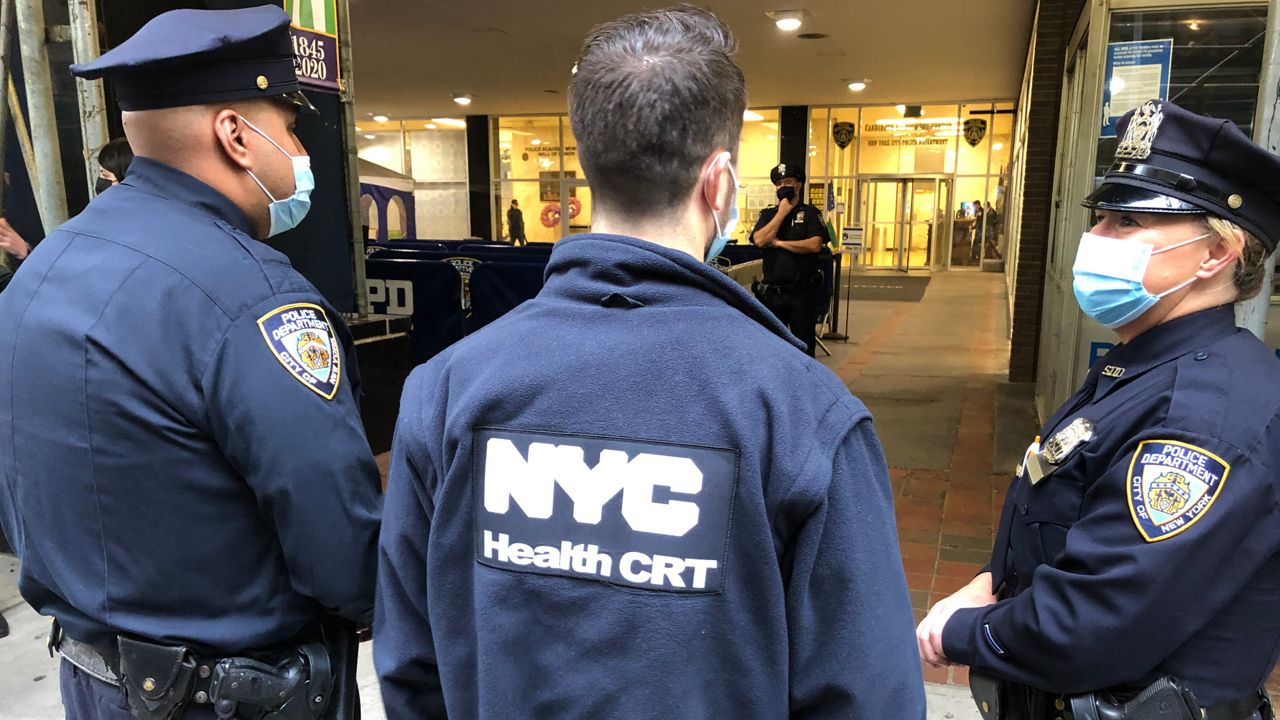 Exclusive: There Were 8,000 Fewer 911 Calls Regarding People in a Mental Health Crisis Last Year

NEW YORK — John Vaccaro is up before dawn trying to help New Yorkers in crisis.

“I wake up at five. It’s about an hour commute on the subway," Vaccaro explained. "I like starting the day early, trying to get to the important things early.”

Vaccaro is a clinician with the city health department, but these days he reports for work at the NYPD, using a police locker room to change and join officers who work with him on a special crisis response team.

They are called co-response teams and consist of two patrol officers and a clinician trained to help people suffering with a mental health problem, people who could possibly turn violent.

The teams do not race to 911 calls. Instead, they try to prevent those calls from happening.

They get referrals mostly from NYC Well, the city helpline that connects people to mental health services.

The co-response teams say they do not force anyone to accept help. Often, they are turned away initially.

“We respect their wishes, but we always come back again and try to actually connect them with services. We don't give up so easily,” said Officer Marcos Gallardo.

The program is one of the reforms promised by Mayor Bill de Blasio after a police sergeant in 2016 fatally shot Deborah Danner, a mentally ill Bronx senior citizen. The officer said the 66-year-old swung a bat at him. Her death raised questions about how police respond to people suffering from severe mental illness.

Vaccaro says the response teams follow up on their calls, reducing the likelihood of a crisis that leads to a 911 call.

“We know that after ten years of steady increases to 911 for a mental health crisis, for the first time in 2019, we saw a dip in those numbers. Something like 8,000 fewer mental health crises were called into 911," said Susan Herman, senior adviser to the mayor. She oversees the city's mental health programs.

She believes that means people are seeking services and getting help.

The city has still not said when it will send mental health professionals with police answering 911 calls.

Herman vowed in non-emergency cases help will be arriving sooner. “By January, citywide we will be able to go during the day and early evening anywhere in the city within two hours. This is a significant service that we offer New Yorkers.”

Officer Aimée Escoffier, who has a master’s degree in social work, explained that one goal of the response teams is to prevent mentally ill individuals from ending up in the criminal justice system. She cites a case involving a college student to make the point that people from all walks of life are battling mental health problems.

“Was attending an Ivy League school uptown and the professors were seeing him slowly decompensate, seeing some warning signs, seeing some things he was writing down on papers and stuff," said Escoffier.

They were able to eventually get that person help, avoiding a possible tragedy.