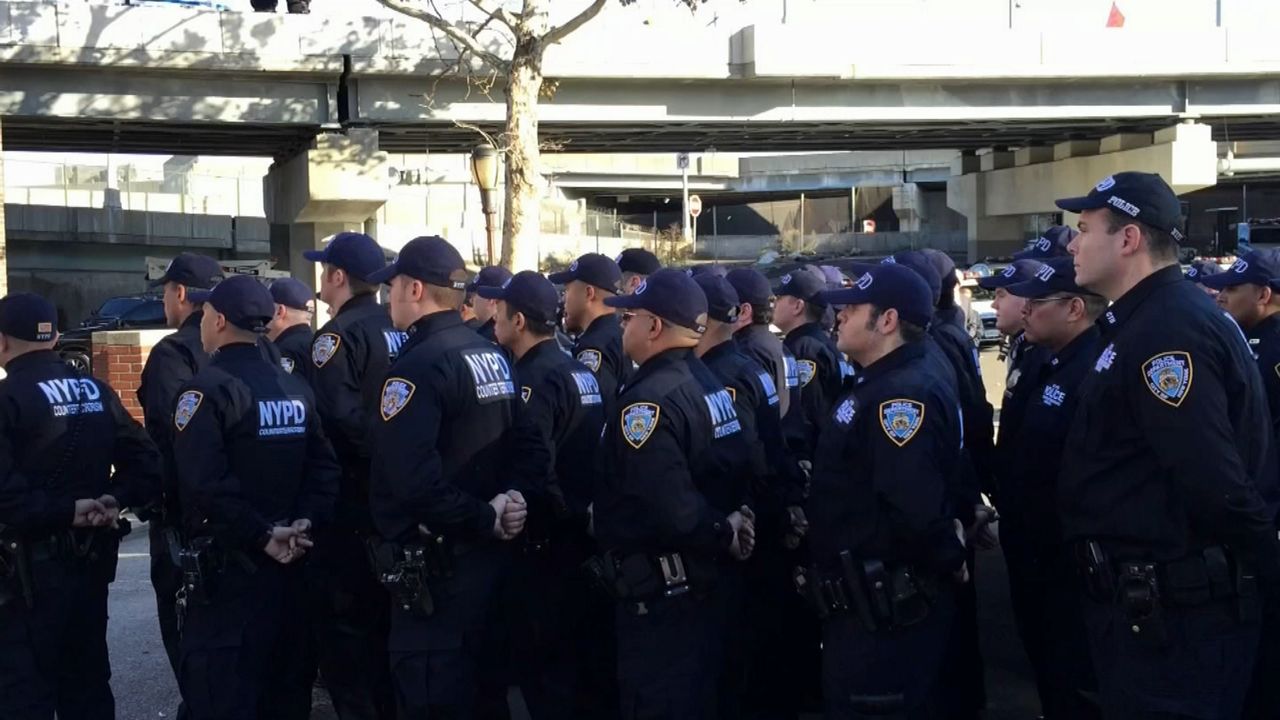 Thousands of NYPD Officers Ready to Respond to Election Protests

NEW YORK — With 34,000 police officers, the NYPD says if election protests are massive or unruly, officers are ready.

"Let me be clear the NYPD is fully prepared to protect every person's right to vote," vowed chief of department Terence Monahan.

At a news conference inside police headquarters, Monahan said there were no known threats to disrupt the presidential election in the city and he didn't expect any attempts at this point. Officers will be placed at each of the 1,200 polling sites on election day. NYPD personnel will staff early voting sites as well and be ready in the days after the election.

“It is no secret that this election is more contentious than in years past," said Monahan. "For that reason, our plan also includes the ability to respond to any type of incident that may occur."

Beginning on October 26 hundreds of additional cops have been told to be in uniform and ready if they are needed. Officers have been retraining over the last several months on how to deal with large protests, especially as a result of the rallies that followed George Floyd's death.

"We plan every day, meetings on intel, talking about what we're hearing from the ground up," explained Monahan.

The heads of police unions here in the city have endorsed President Trump. The NYPD says cops on duty are not political and must do their jobs.

The NYPD said it has eyes everywhere and officers will be watching more than just protests when it comes to the election.

"It's being closely guarded against for cyber attacks, we follow very closely those reports of cyber activity that have been detected as suspicious in other states," said John Miller, deputy commissioner for intelligence and counterterrorism.

"We factor all of that into the intelligence picture, not in a passive way, but in a very active way."