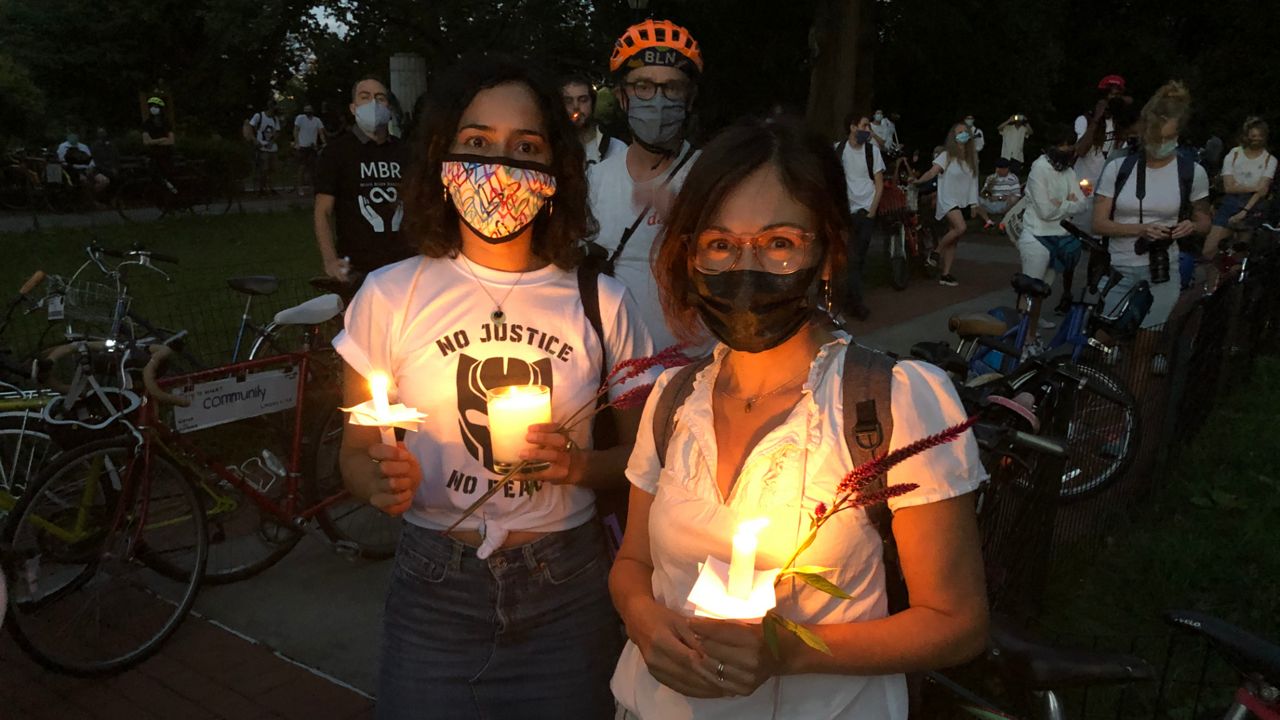 Hundreds of Black Lives Matter protesters marched from Fort Greene to Williamsburg Friday night and they dedicated this march to a fellow activist who was devoted to the cause, but who died earlier this week when police say she was killed in a bicycle crash.

Chants of “We love you. We miss you. We will keep fighting for you” could be heard as the protesters took their message to the street after leaving Fort Greene Park around 7:45 p.m., arriving at McCarren Park in Williamsburg two hours later.

Organizers tell NY1 this particular protest was dedicated to fellow activist Sarah Pitts, a Brooklyn resident and a senior assistant district attorney with the Brooklyn DA’s office, who had participated in many Black Lives Matter protests.

Friday’s rally took place just four days after police say Pitts was killed when a bus struck her while she was riding a bike early ‪Monday morning‬ in Williamsburg.

“She was like the best ally a cause could ask for,” said Aaron Gamman of Canarsie. “Every time something was going on she was there or I’d get messages from her and she would get messages from somebody else to figure out what was happening so she could be there.” Gamman developed a friendship with Pitts after speaking with her at several protests throughout the summer.

“She was just a very happy person,” Gamman said, “Always very receptive and she always listened a lot. I only saw her when I was playing music and every time I did see her she always made it a point to bring up Bob Dylan because she would always knew that would make me happier, talking about Bob Dylan.“ The NYPD says the death of Pitts on Monday and of 29-year-old bicyclist Yasmani Gomez early ‪Thursday morning‬ in the Midwood section of Brooklyn marked the third and fourth deaths this month in which a cyclist had been killed on the streets of New York City.

So far this year, the NYPD says at least 14 cyclists have been killed while riding their bikes on city streets.