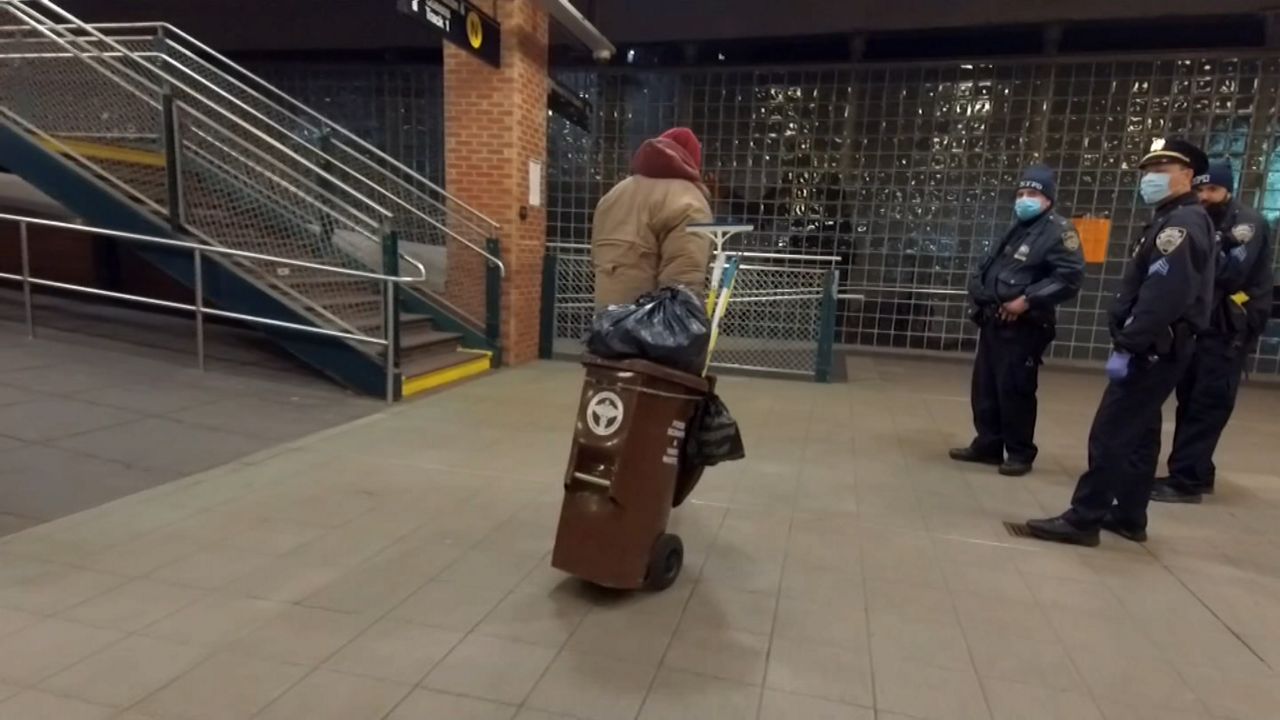 NYPD Getting Kicked Out of Homeless Services

It was January and the mayor had something new he wanted to show the media.

“Have you ever seen a command center like this in New York City history? I think it’s going to make a huge difference," Mayor Bill de Blasio told NY1 at the time. "Its training more and more NYPD officers to do the outreach and getting more the two agencies to work together at all times."

It was a joint command center in Lower Manhattan where the NYPD and the Department of Homeless Services would coordinate responses to homeless people living on the street. It created a network of cameras to see people on the street in real time.

“NYPD officers have been trained on how to do this properly, working with social service workers. And it’s obviously working," the mayor said.

This place is just one example of how the NYPD and the city’s homeless workers coordinated to respond to the city’s persistent homelessness crisis.

And the police just got kicked out.

“The NYPD played a constructive role but as we talked about what can be shifted to civilian agencies, it’s become clear that our Department of Social Services can handle this work," the mayor said Thursday at City Hall. "That transition will occur over the course of this fiscal year.”

As a result of the budget agreement this week, homeless outreach will be shifted away from the police department and be done entirely by the city’s social services agency.

This command center, for one, will now be run by the Department of Homeless Services. The NYPD's homeless outreach unit, made up of 86 officers, is being reassigned.

NY1 has also learned the NYPD will no longer oversee security at the city’s homeless shelters. They had taken over that role in 2017 after a string of violent incidents at shelters.

All of this is a serious reversal for the mayor, who over the years has become increasingly dependent on the police department to respond to the homelessness crisis.

“Homelessness is not a matter that can be solved by policing," said Jacquelyn Simone of the Coalition for the Homeless. "It can only be solved by housing. And unfortunately over the last several years we have seen an increasing reliance on police.”

For instance, last year the city announced a pilot program where homeless people on the subway who commit minor offenses are targeted by police. Police try to convince them to go to shelter by offering to clear them of the offense.

That program is now over.

Last month we witnessed the homeless outreach being done as the subway closed. Plenty of police officers were participating.

A spokesperson for the Department of Homeless Services told NY1 scenes like this will no longer happen.