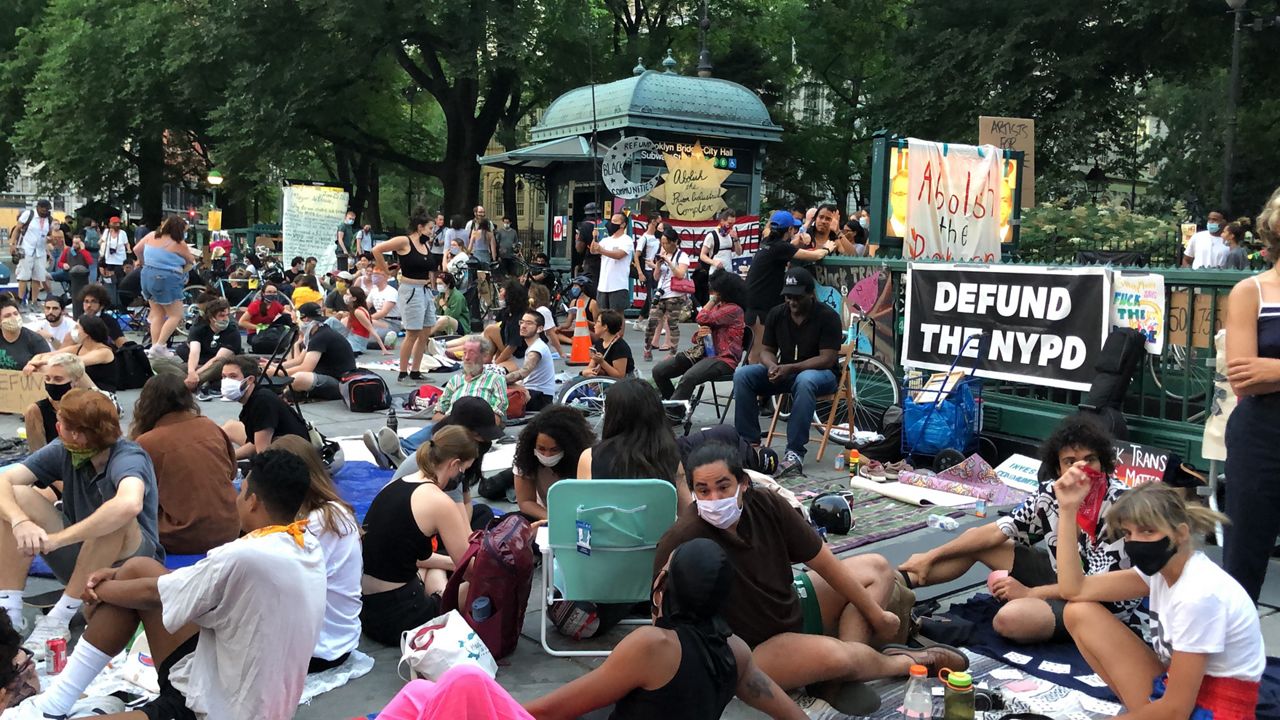 For the third straight day, protesters on Tuesday vowed to occupy the area around City Hall around the clock until the city cuts $1 billion from the NYPD’s budget.

Crowds have been quickly growing on Centre Street since the effort launched Tuesday. Some camp out overnight, while others stop by to watch speakers and performers.

“Many people were excited to come down. Many people are resonating with the demand,” said one demonstrator. Protesters say they want the $1 billion reinvested into communities of color. Critics say defunding the police will lead to more crime in the city, but protesters believe the money should be spent on housing, health care, and education.

“We need community services," said a protester. "What if you took that money and every kid in the city could be in a youth summer program? Imagine that!”

The area around “Occupy City Hall” has also become a meeting point for some of the many marches still happening daily following the death of George Floyd exactly a month ago. Protesters can make signs at a makeshift art station, while others can grab food, meals, and supplies at one of the many donation tables set up. “Looking around, theres so much generosity, passion, kindness, resources," said one person.

“I’ve been an activist all my life," said one older woman who was wearing a mask. "So I’m thrilled this generation is doing it.”

Organizers plan to stay here until the budget deadline next Tuesday. It’s unclear what they will do if their demands are not met.