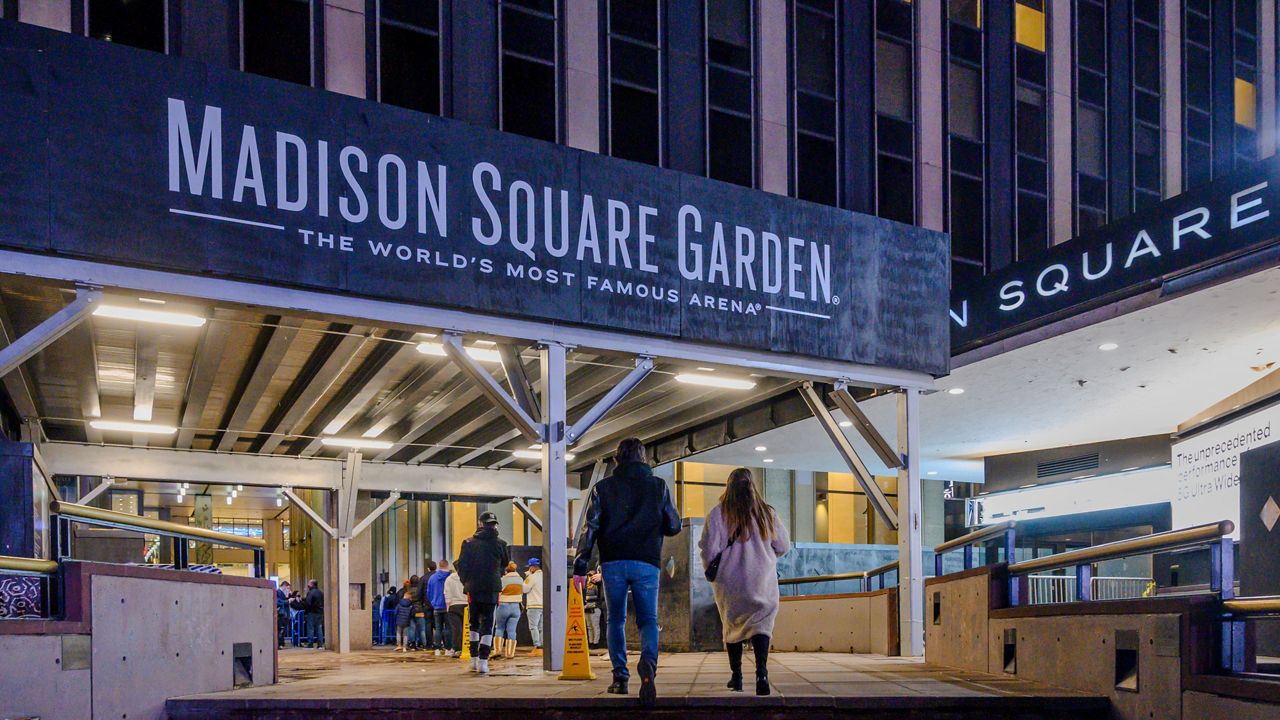 Larry Hutcher has a lot of New York Knicks' memorabilia in his midtown Manhattan office — both old and new.

He is dedicated. So when he was notified he could no longer attend games at Madison Square Garden, he was obviously upset.

"Madison Square Garden can argue in their papers, 'What's the big deal if you miss a Knick game and you can't go?'" Hutcher said. "They don't understand that it's part of the fabric of being a family and the traditions that we as families create. We're fans and that's what brings us together as family — as members of New York City."

Hutcher is lawyer and his firm, Davidoff Hutcher & Citron LLP, represents ticket brokers in a lawsuit against MSG Sports.

It became clear last year that lawyers for the firm were suddenly prohibited from attending events at MSG-owned venues, like the Garden, Radio City Music Hall and the Beacon Theatre.

Other firms suing MSG were included in the ban.

And to keep them out, MSG was using facial recognition technology at its entry points, pulling lawyers aside if their headshots set off alarms.

"We recognize there is a need for security, but it was never intended to target lawyers," Hutcher said.

So as lawyers do, they sued.

A judge issued a preliminary injunction last year, saying these lawyers could go back to these venues for concerts and theatrical performances, but sporting events were not covered under the state's civil rights law.

So now lawmakers in Albany are getting involved.

"They are using facial recognition technology to weed out those corporate enemies, which I think a lot of New Yorkers find offensive," Manhattan state Senator Brad Hoylman-Sigal said.

He introduced legislation that would change the human rights law to include sporting events as well.

"So we're adding sporting events to the 1941 civil rights law, making it such that James Dolan, Madison Square Garden or any sporting venue couldn't ban fans if they have a valid ticket," Hoylman-Sigal said.

An MSG spokesperson said this facial recognition system does not retain images of all people — only those whose previous misconduct identified them as a security risk and people who were previously notified they were not allowed to attend events at their venues.

The policy to restrict attorneys involved in litigation with the company started last summer. A spokesperson said those attorneys would be allowed entry at MSG venues when their litigation concludes.

"The fact that these politicians have so courageously taken on the 'plight' of attorneys representing ticket scalpers and other money grabbers speaks volumes about their priorities. We urge these elected officials to introduce legislation that addresses issues their constituents are actually concerned with rather than focus on amending a poorly worded and misinterpreted 80-year-old law," a spokesperson for MSG said.