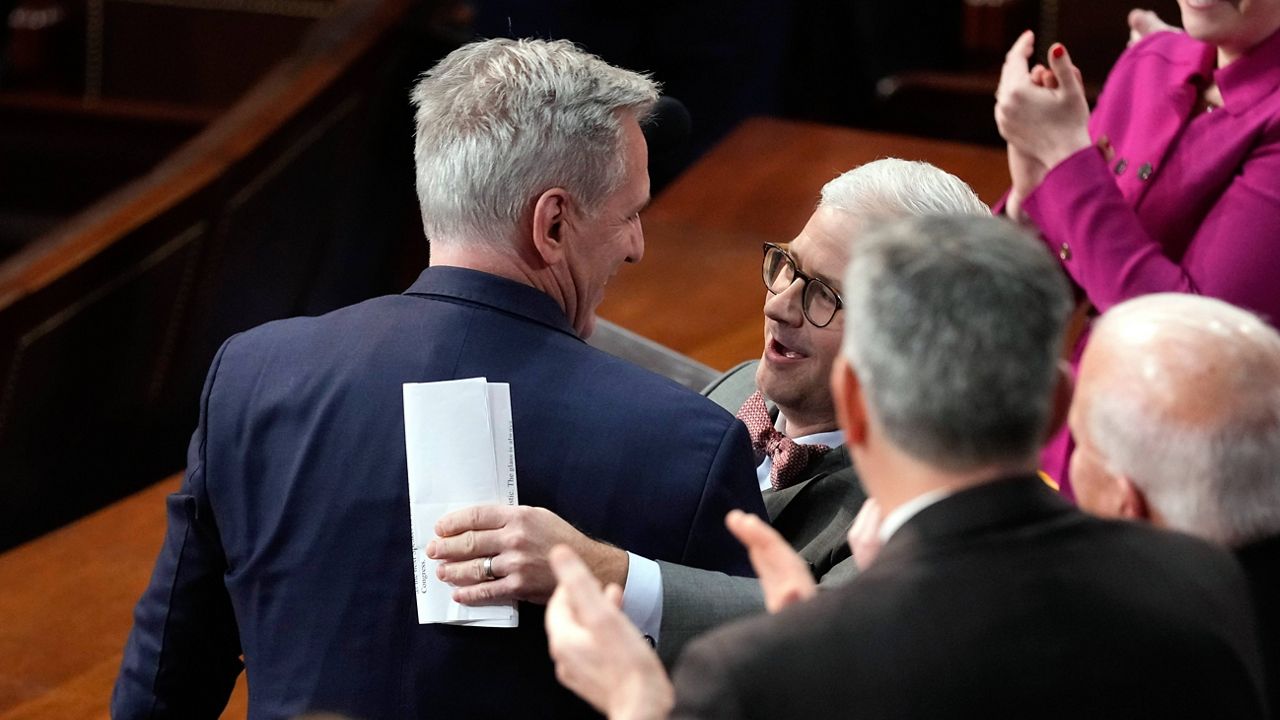 Rep. Patrick McHenry, R-N.C., hugs Rep. Kevin McCarthy, R-Calif., after nominating him for speaker ahead of the 14th round of voting in the House chamber as the House meets for the fourth day to elect a speaker and convene the 118th Congress in Washington, Friday, Jan. 6, 2023. (AP Photo/Andrew Harnik)

A North Carolina Republican lawmaker was at the center of negotiations during the 15 rounds of voting for House Speaker earlier this month.

“The goal was to get him to vote for Kevin and I quickly realized that I needed to move to a more modest goal which was for him to move to [vote] present as a sign of goodwill,” McHenry told Spectrum News.

McHenry said he didn’t realize at the time that C-SPAN cameras were capturing multiple angles from discussions on the House floor.

“Had you told me at the moment, it wouldn’t have affected a single thing I did,” McHenry added.

Gaetz’s reluctance to vote for McCarthy caused frustration among his Republican colleagues.

The frustration boiled over when Rep. Richard Hudson, R-N.C., restrained Rep. Mike Rogers, R-Ala., as he lunged toward Gaetz on the House floor.

McHenry was there as it all unfolded and said it was more tense on the House floor than appears on the video. 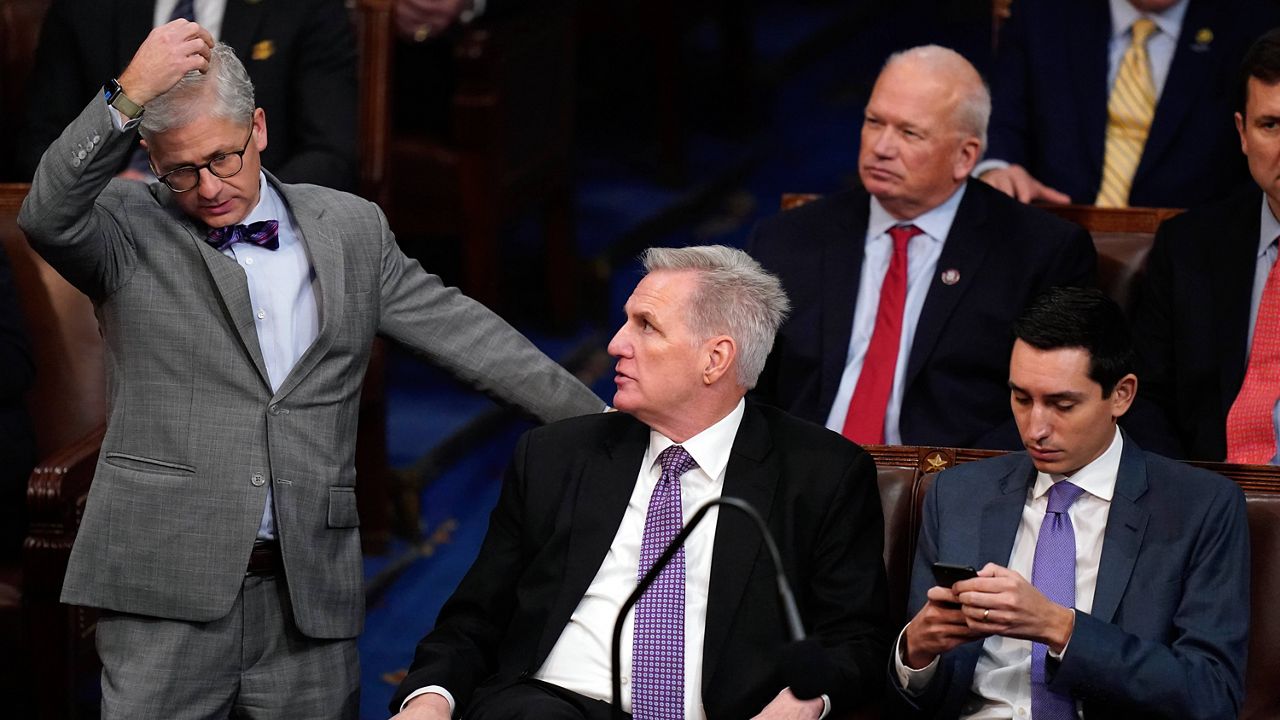 Rep. Patrick McHenry, R-N.C., left, talks with Rep. Kevin McCarthy, R-Calif., as they listen to the fifth round of votes in the House chamber as the House meets for a second day to elect a speaker and convene the 118th Congress in Washington, Wednesday, Jan. 4, 2023. (AP Photo/Alex Brandon)

“Had Richard Hudson not been there it would be a whole different night. It would be a whole different week and Kevin McCarthy would not be Speaker of the House,” McHenry said. “Had Richard Hudson not walked over when he did, and instinctively do the right thing to remove somebody from a bad situation, that was on the cusp of getting much much worse.”

The bow tie-wearing lawmaker with a self-deprecating humor is in his tenth term representing North Carolina’s 10th Congressional District, located Northwest of Charlotte. He has developed a reputation as someone who is liked among the different factions of the House GOP conference.

While he once had a reputation as a "bomb thrower" in Congress, McHenry said he realized the importance of developing relationships with his fellow lawmakers in his second or third term.

“The superpower is being able to have the relationships with everyone, because you never know who is going to matter on any given day, for whatever the policy is," he said. "And the goal is to try to understand their perspective so you can go work with them for a common good.”

McHenry has served as Chief Deputy Whip for House Republicans and stepped into the top position when then-Whip Steve Scalise was shot in 2017 at a practice for the Congressional Baseball Game.

He recently became the chair of the House Financial Services Committee where his goals include a focus on inflation, providing oversight of the Biden administration and better-defining cryptocurrency. McHenry says he embraces crypto, but added that the industry needs regulation. 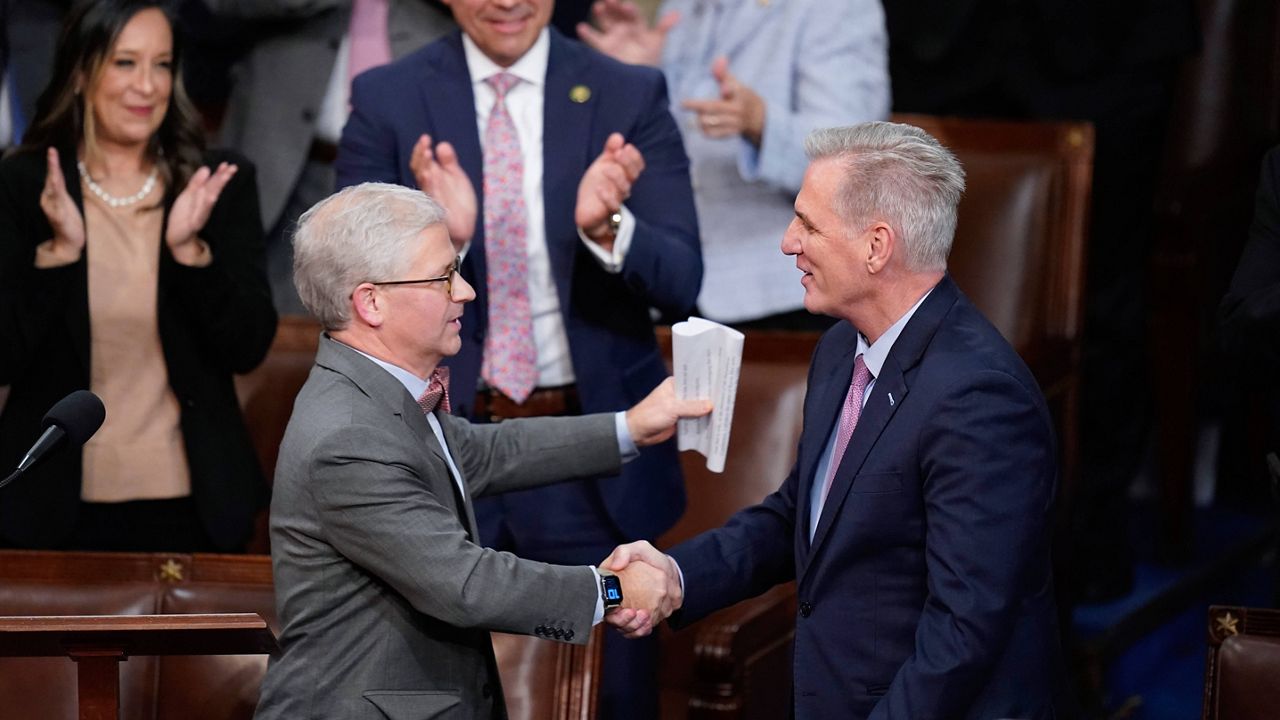 Rep. Patrick McHenry, R-N.C., left, shakes hands with Rep. Kevin McCarthy, R-Calif., after nominating him for a 14th vote in the House chamber as the House meets for the fourth day to elect a speaker and convene the 118th Congress in Washington, Friday, Jan. 6, 2023. (AP Photo/Alex Brandon)

“We have a massive number of fraudsters that are acting in this space, and we have little regulatory clarity, and little clarity under law,” McHenry said. “So my intention is to provide those basic property rights and rules of the road so that we can unlock the potential.”

McHenry was rumored to be a potential compromise pick for speaker if McCarthy was not able to corral enough votes.

Despite the rumors, McHenry said he doesn’t want the top position.

“I want to move policy and be an effective chairman," McHenry said. "Those are the things I can control.”