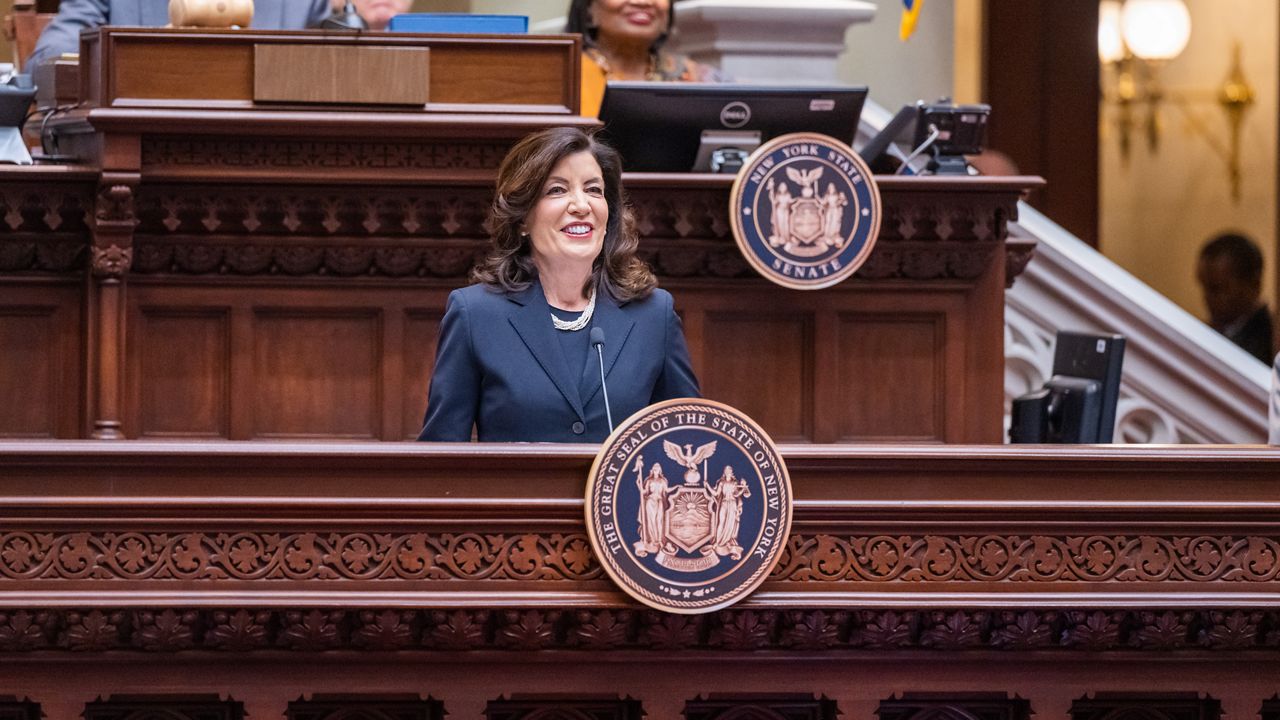 Gov. Kathy Hochul made it clear in her State of the State speech: she wants more changes to the state’s controversial bail law. While alterations have been made in the past, legislators are reluctant to revisit the issue again.

Hochul had a bit of a scare this past election, when her Republican opponent — then-Long Island Rep. Lee Zeldin — began catching up in the polls. At issue was crime, and a perception among some that Democrats were not doing enough to address it.

Hochul went on to win the race relatively narrowly, but in her State of the State address this week, she made it clear that she has gotten the message on crime, and wants to make new changes to bail reform.

“I believe we can agree that the bail law, as it is written, leaves room for improvement,” Hochul said.

But Democratic legislators, who Hochul will have to negotiate with to make those changes, are in no hurry to revisit the issue.

“We need to invest in the drivers as crime,” says Democratic Assemblymember Latrice Walker of Brooklyn. “Such as investing in mental health issues, as well as housing, employment and poverty. So, I look forward to working with the governor to address all of those drivers of crime.”

Hochul was asked on Wednesday to clarify what specifically she would like to change in the law.

“Right now, judges have an inconsistency in the law,” Hochul said. “They are told to use the least restrictive means, which means to get them to show back up in court. There is another section that tells them factors they need to consider. So, I’m saying let’s just give them clarity.”

The governor would like to negotiate bail changes as part of the budget, which is due at the end of March. She has much more leverage when it comes to the budget than she would if it were done as standalone legislation because lawmakers must consider the budget bill as a whole.