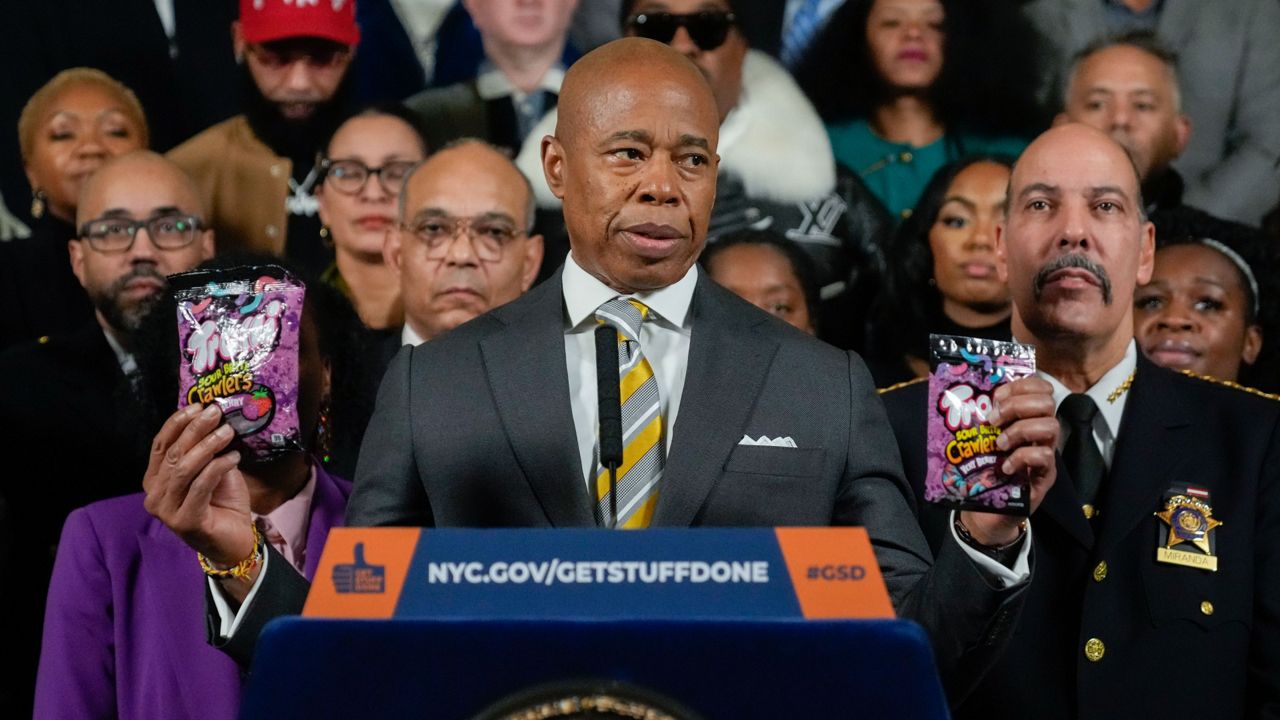 Sales of cannabis products are seemingly everywhere these days, from bodegas and smoke shops to stores marketing themselves as dispensaries.

However, the city now has a message for them.

“We are not going to allow these stores to stay open,” Mayor Eric Adams said at a news conference Thursday.


After months of lax enforcement, a crackdown is underway.

At the news conference, which featured a display of kid-friendly packaging, Miranda held up an edible in a wrapper made to look like a Willy Wonka chocolate bar.

Most of the cannabis products sold illegally are unregulated, untested and have been found to contain contaminants.

“We don’t want them to get in the way of the legitimate industry,” Adams said. “So our goal is not to incarcerate. It is to confiscate and educate, that this is not how it is going to happen.”

Meanwhile, the state on Thursday unveiled new signage to help consumers identify legal dispensaries, the first of which will open later this month.

In the meantime, officials believe the ongoing crackdown will send a message.

“Trust me, if you lose a million dollars of product,” the mayor said, “you’re not looking to open another store.”

Adams also said the city will look to Albany to pass legislation in the new year allowing for tougher enforcement.