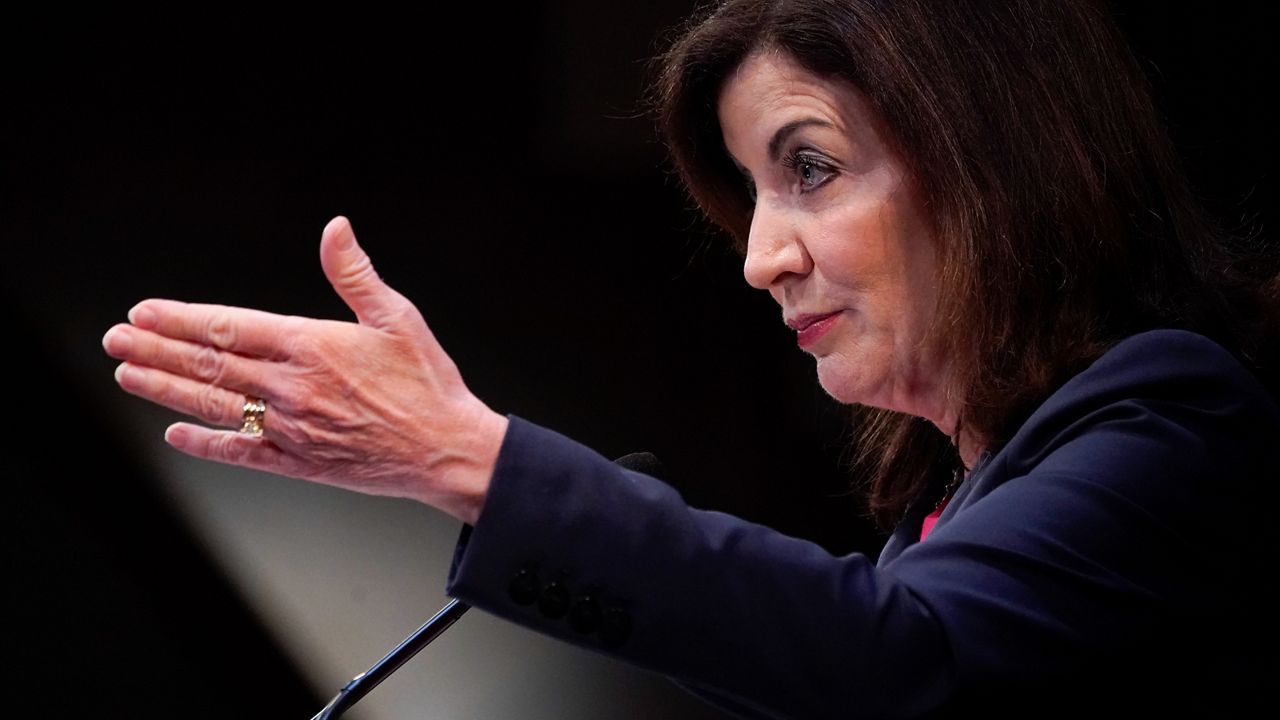 Just after being elected to a full term, Gov. Kathy Hochul wielded her veto pen on key pieces of legislation.

The New York’s legislature had a busy year, passing over a thousand bills during the legislative session.

Hochul has until midnight on Dec. 31 to approve or veto those bills. And on Friday night she announced that she was vetoing pieces of legislation that would have created task forces and commissions to conduct studies on specific issues.

“I have to be cognizant that there is a budget process,” Hochul said at an unrelated event near the Capital Region on Monday. “And when bills come to my desk when there is not a budget allocation behind them, then we are going to take it back to the process.”

“With respect to the bills that we vetoed that are these study bills, the legislature is correct. Theses are all important study areas that need to be studied. But we have to put the resources in through a budget process,” the governor added.

The budget was passed in April. So Any bill that requires a funding stream technically must pass as part of the budget process. Although governors have found ways around that in the past.

Since being elected to a full term, Hochul has now vetoed nearly 40 pieces of legislation that included creating a new task force to study fentanyl abuse and a gambling advisory commission, among others.

“Many of these studies are being undertaken by our agencies and departments already. And we can work with the legislature to make sure they understand, yes, we care about all of these issues in the studies they recommended,” Hochul said.

According to Hochul, vetoing these bills will save the state $40 million. Many of the studies didn’t specific what kind of fiscal impact the bill would have.

“The governor certainly is not up for election,” said longtime Albany watcher Blair Horner, of the New York Public Interest Research Group. “As she was a mere few weeks ago. And she’s got four years to manage the state’s finances. And it’s going to be troubled waters coming ahead once the federal money runs out. And so, the governor is looking for ways, at least as she said in her vetoes, to save some money and also by implication, to flex her executive muscle.”

The legislature currently has a what’s known as a veto-proof supermajority, meaning they have enough votes to override a Hochul veto. However, the session is currently in recess and it seems unlikely they will gavel back in before the end of the year to override any of these vetoes. It’s also a very underutilized practice.

.@GovKathyHochul finding her sea legs, post-election. Vetoes numerous bills that potentially have a fiscal impact, yet somehow legislative leadership allowed to pass outside of budget. pic.twitter.com/yZhlFPi1Nw