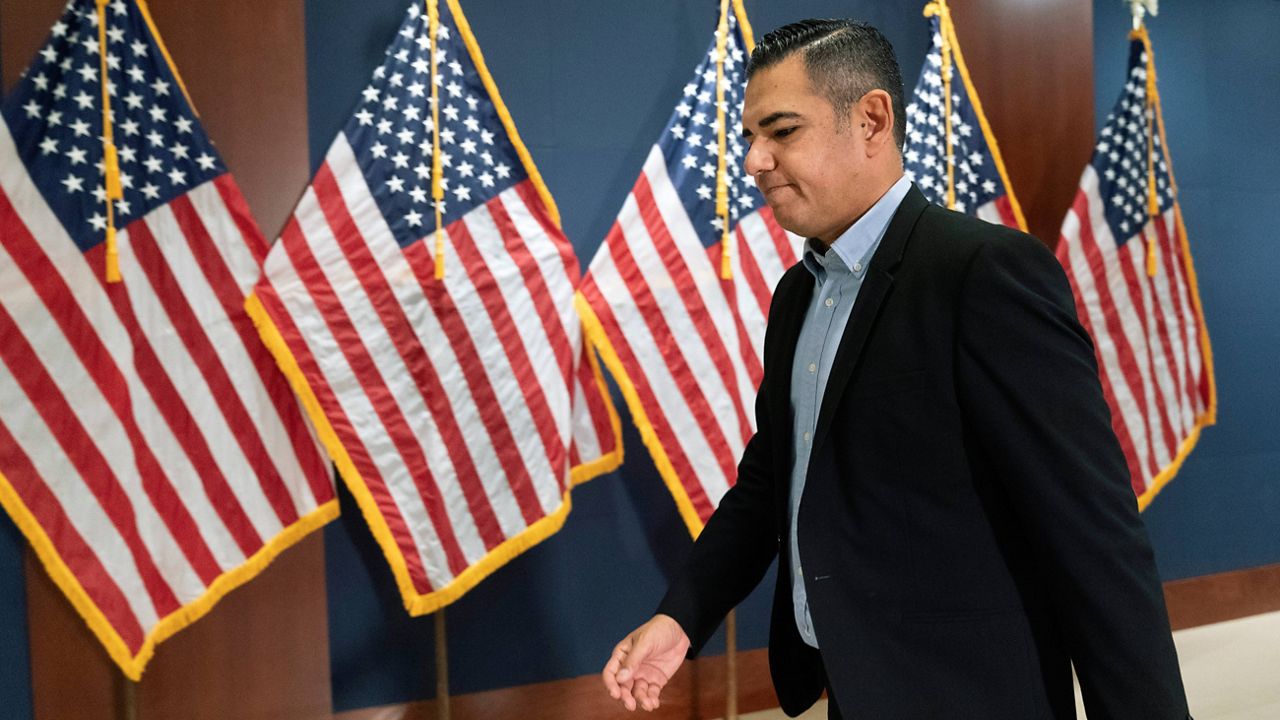 Rep.-elect Robert Garcia, a Democrat who was elected to represent a California district encompassing Long Beach and parts of Orange County, is no stranger to shattering glass ceilings.

Garcia, who was born in Peru, immigrated to America with his mother when he was just five without knowing a word of English.

Garcia, who became a U.S. citizen at the age of 21, went on to earn a master’s degree from the University of Southern California and an educational doctorate in higher education from Cal State Long Beach.

He was elected Long Beach's mayor in 2014, the first openly gay mayor in the city’s history and the youngest to ever serve the role.

Garcia said coming to Congress has been "bittersweet" for him because he loved being the mayor of his community, but understands the importance of serving his constituents in "a different way."

Garcia says being the first openly gay immigrant to serve in Congress will likely shape how he approaches policy.

Tackling immigration reform is a top priority for Garcia, who says he brings a unique perspective because of his own experience.

Garcia says he wants to ensure that immigrants "have fair and responsible pathways to citizenship" and believes it's part of the reason he's here in Congress.

As a person who has experience with "the immigration process" he strives to be a part of that solution," adding that, "we haven't had real immigration reform in this country in decades.”

“Anyone can be in the U.S. Congress, and I think that's a special thing about our country," Garcia added. "You can be anything from a business person to the son of a congressman, to a low-income immigrant. And I think there's a space and an important space for all voices."

Garcia has been applauded in the past for the way he handled the COVID-19 pandemic in Long Beach, getting educators vaccinated and opening up schools before other districts in California. The New York Times called Long Beach a "model for vaccine rollout" at the time. He was also featured during the 2020 Democratic National Convention as a “rising star.”

He believes his experience leading the city through a global pandemic and establishing programs such as tuition-free community college will help him in Washington.

Garcia touted his mayorial experience back home and noted that "a lot of former mayors" don't make it into Congress but says they need them there. He believes mayors have a better understanding of "cities," and "counties" and truly understand the "relationships with the state."

During orientation, Garcia tweeted up a storm, including making light of accidentally walking into the Republican freshman caucus meeting.

Garcia, a massive fan of comic books, also posted on social media about which iconic titles he plans to check out of the Library of Congress first.

I’m going to have a hard time deciding which one to check out first. 🤔 pic.twitter.com/j0X40U40Lk

Garcia even modeled his congressional logo to look like a comic book title.

He says he will continue to run his social media in his new role, telling Spectrum News: “I am who I am, and that's what I'm gonna continue to be.”