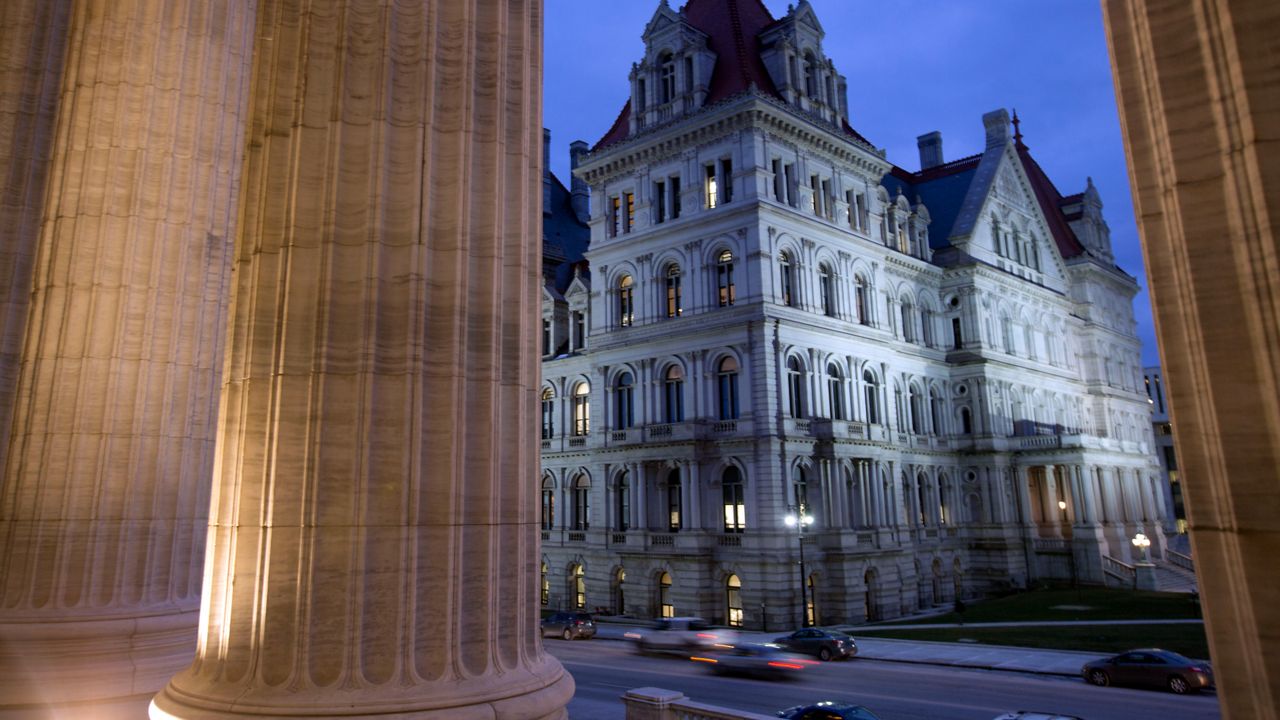 The state Capitol is seen from the State Education Building on Thursday, Jan. 14, 2016, in Albany, N.Y. (AP Photo/Mike Groll)

Despite what many consider a bad night for New York Democrats in the House of Representatives this past Election Day, the Democratic contingents in both the state Senate and Assembly are poised to maintain their supermajority status.

Holding onto a supermajority of two-thirds of each chamber enables lawmakers to reject a potential veto by the governor, tipping the balance of power in Albany in favor of the two chambers.

Although election night was a rough one for some Democrats, particularly in parts of South Brooklyn and on Long Island, the Assembly and state Senate may end up holding their supermajorities in both houses after all the votes are counted.

But critics say it matters less now, since it’s all Democrats in charge in Albany.

“The supermajority was maybe a factor of Zeldin won the election,” said Assemblymember Will Barclay, the Republican minority leader. “Because then you could override his veto without using Republican votes. But the fact that Kathy Hochul won the governorship, I don’t think that supermajority means as much as it would had Zeldin won.”

So far, Democrats in the State Senate have 41 seats. Another seat in the Syracuse area is headed to a manual recount, but the Democrat is in the lead. The party needs 42 seats to hold a supermajority.

In the Assembly, 100 seats are needed for the two-thirds majority. Democrats appear to have 102 seats for the next session despite Republicans making gains in New York City, flipping seats traditionally held by Democrats.

“I think it’s no doubt. We won seats in New York City that we haven’t held for decades, at least,” Barclay said. “Some never. So, there is something going on there when you win four, possibly five seats in New York City, where crime is being felt most acutely. I think there is no doubt that crime played a role in this election.”

But if there was a message that crime played a big role in losses, Democratic leaders don’t seem to think it’s a result of criminal justice changes they made in recent years.

They think the issue was overblown in the media.

“The New York Post really became a campaign arm for Lee Zeldin,” Assembly Speaker Carl Heastie told us shortly after the election. “It was just a daily drumbeat, if that. Just constantly in the issue of crime. No one is saying that crime is not up. It’s up all over the country, but as I’ve said, New York remains one of the top safest big cities. Crime is up in higher rates all across the country.”

Democratic leaders, including Gov. Kathy Hochul, have said repeatedly in response to queries about rising crime rates that crime is up all over the country. But NYPD statistics show the crime continues to go up in many of the major categories in New York City.