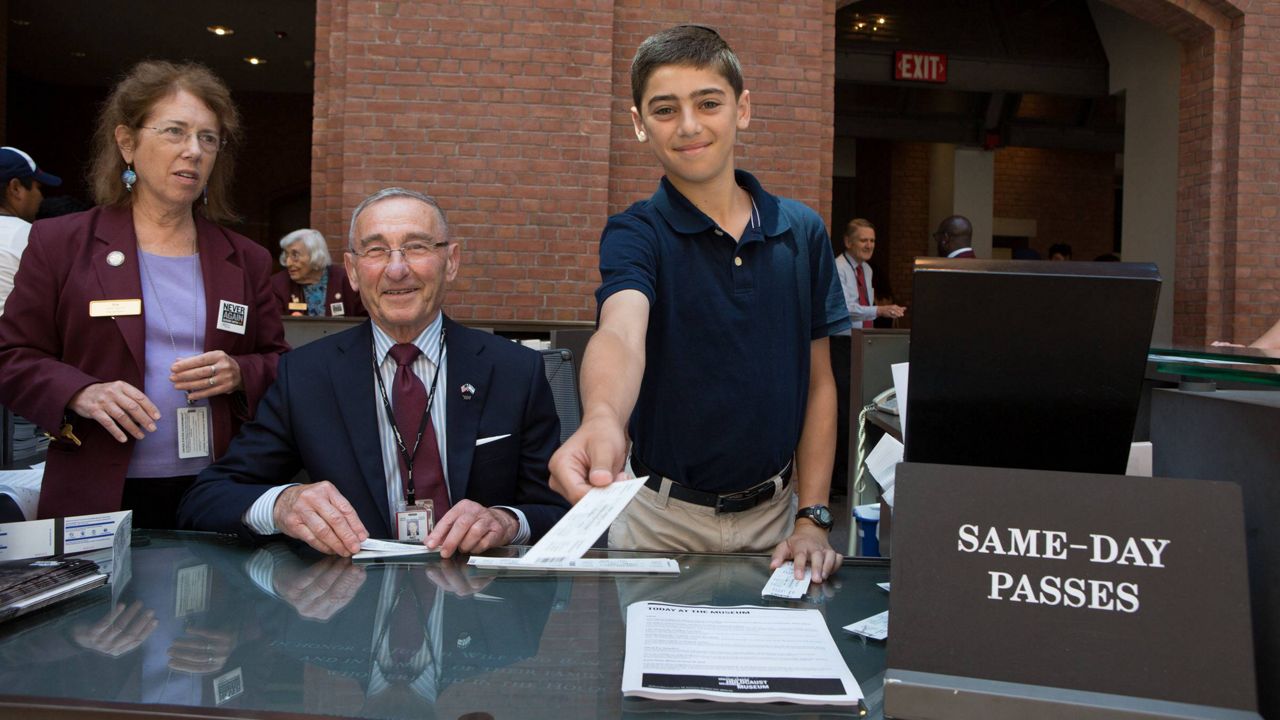 Eighty years ago, Nathan “Nat” Shaffir was living in Romania on his family farm with his parents and two sisters, still just beyond the reach of World War II, which had been raging across Europe for nearly five years.

But the Shaffirs would not escape the war unscathed.

“One of our neighbors was a priest, and that priest used to come by once a week and asked my father for a donation to the church. And [for] almost 18 years, my father never once refused such a request,” recalled Shaffir, who is just weeks from his 86th birthday.

“One day when he came in, in November 1942, he turned us into the authorities for being Jewish,” he added.

The Shaffirs were ordered by Romania's fascist Iron Guard to pack up their things and move to a Jewish ghetto in Iași, where they would live for the next three years.

Shaffir, along with his parents and his sisters, survived the war, but continued to face antisemitism under communist rule in Romania. His father eventually secured the family passage to Israel; Shaffir later served in the Israeli army for three years before immigrating to the United States.

He says for years, the family avoided distressing memories related to the atrocities of the war and what they experienced.

But that changed when he visited the U.S. Holocaust Memorial Museum with a fellow survivor.

Shaffir came in and sat with him at the Survivor Desk, an area of the museum where survivors who volunteer at the museum can answer visitor questions. “A group of young children who probably must have been high school kids, sitting or standing around the desk, and asking them questions. I see the faces, I see the tears in their eyes after he told the story.”

Shaffir currently volunteers regularly as a speaker in the museum's Speaker Bureau, and before the pandemic, he was a tour guide as well.

In recent months and years, antisemitic rhetoric has been on the rise. Just over four years ago, 11 individuals were killed by an attacker at a synagogue in Pittsburgh, the most deadly attack on Jewish individuals in America.

The rapper and entrepreneur, Kanye West, also known as Ye, has draw widespread criticism and has been removed from his Instagram and Twitter accounts for espousing antisemitic conspiracy theories online and in interviews. These comments have spurred hate and violence against Jewish people.

Over the last several weeks, companies like Adidas and Gap severed ties with Ye for his antisemitic comments he made.

And it’s been creeping more and more into national politics. Pennsylvania’s Republican nominee for governor has told his supporters that his Democratic opponent Josh Shapiro has “disdain for people like us” because Shapiro, who is Jewish, sends his children to a private Jewish school.

“To criticize one's political opponents for sending his kids through a Jewish Day School, for instance, is just irresponsible,” Alvin Rosenfeld, a professor of Jewish studies and the director of the Center for the Study of Contemporary Antisemitism at Indiana University said. “Should anyone be criticized for sending his kids to a Catholic school, for instance? Of course not, we live in a free country, we can send our kids to schools of all sorts.”

Mastriano has also come under fire for his affiliation with the social media site Gab, for which his campaign paid $5,000 for a “consulting” service. Gab is popular with antisemites and white supremacists and is linked to the 2018 massacre at the Tree of Life synagogue in Pittsburg because the suspect had signaled his plans on the site according to authorities.

Rosenfeld says that in the years following the war when the atrocities of the Holocaust were first emerging, “some people might have still entertained these notions” of antisemitic hate, but to share such views publicly would be scandalous. That sense of outrage, he says, is gone.

“We're in a bad way. If we're living at a time when people in political office are running for political office, say that stuff in totally unrestrained and irresponsible ways,” he added.

Social media has played a big role in such rhetoric, which usually instigates lone-wolf actors.

“We've been taking a hard look at Twitter, in particular, and every day and I'm not exaggerating, thousands of tweets of an antisemitic nature are circulating,” explained Rosenfeld. “A lot of people tune into this stuff, spend hours looking at it, and some of them are then incited to go out and do terrible things.”

The continued uptick in antisemitic rhetoric is part of a broader issue of violent language that extremists have tuned into. Jon Lewis, a research fellow with the Program on Extremism at the George Washington University, says that there is a broader trend emerging from fringe conservative groups known as ‘stochastic terrorism,’ or the dehumanizing and demonizing of targeted groups or individuals.

“It just increases the likelihood that individuals in those spaces will eventually move into that pathway towards violence. And so it's challenging when you see literally the same conspiracy theories that are popular in neo-Nazi online spaces being repeated on the floors of Congress.”

With the uptick in antisemitic rhetoric, Shaffir says it’s important – now more than ever – to speak out against anti-Jewish hatred.

“It's very sad for me, [it] brings out memories, sad memories,” he admitted. “It's my job or [a] survivor's job at this point to educate people like that.”