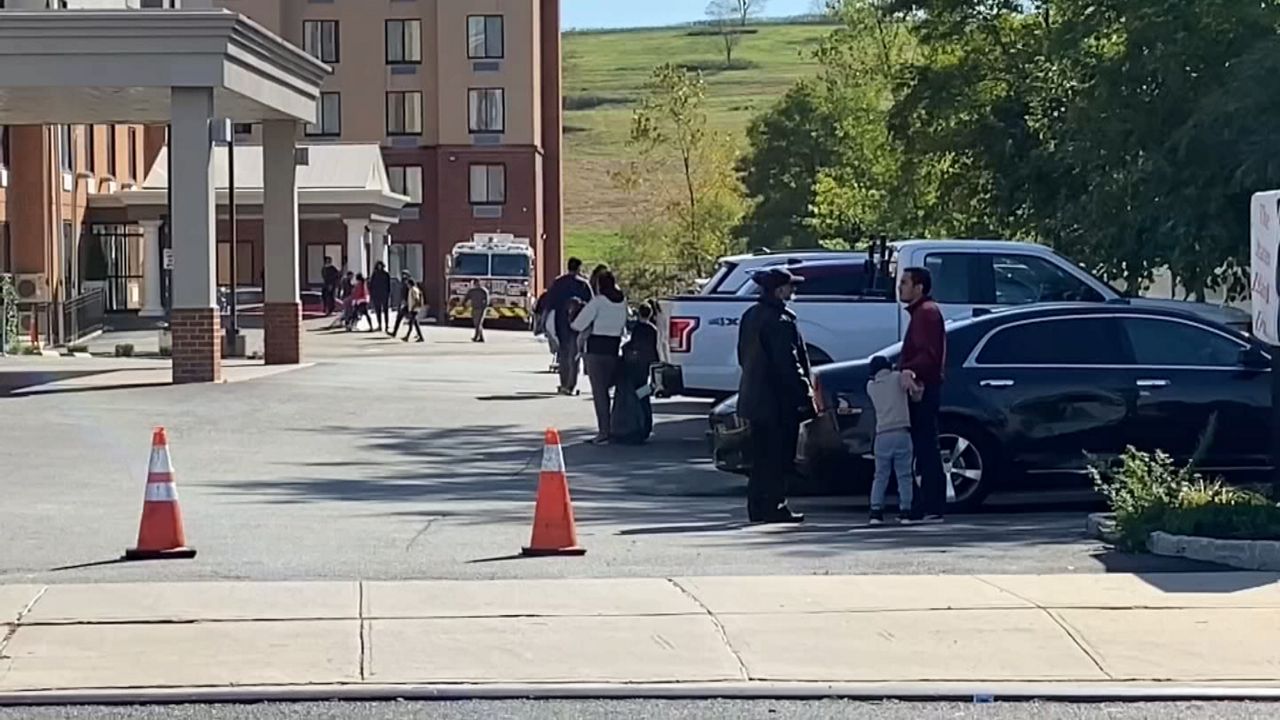 “Hold the line,” was the message dozens of asylum seekers got when they could finally call the Department of Homeland Security’s number printed on their asylum papers.

That was minutes before they were told to get on buses headed for New York City from the southern border.

Ybañez said she and others have been venturing out of the temporary housing provided by the city to seek work, but they have been turned down because they don’t have a work permit.

But the many with an “asylum pending” rubber stamp on their documents and many with just a number to call, these refugees are already in New York City facing a legal and logistical labyrinth, trying to work around the country’s complex immigration laws.

“The hotel is clean,” she said of the Fairfield Inn, Holiday Inn Express and Comfort Inn where there is a strict 10 p.m. curfew. They’ve got food and lodging in this remote area, but not much else. The nearest food store or bodega is miles away.

He explained being miles away from public transportation is tough. Besides local bus schedules to sort through, there is virtually no connection to city services in this area of the island, needed in cases like when little Osveidi Del Valle was, at one point, hacking up blood.

“I didn’t feel afraid,” Del Valle said of the ordeal that landed her on a bed in the emergency room. Perhaps she’s taking on the spirit of solidarity she has felt from some Staten Islanders.

Take Agnes Vindina, who went to Macy’s to purchase children’s winter jackets and came to hand them out to the needy families.

“There was a breast-feeding baby over there and it’s hard to even cry, that needed a warm pajama,” Vindina said. “I just wish that the Mayor Adams and City Council president Adams would have planned this a little better. They drop these people off in the night time when it was 40-something degrees on Saturday night.”

Then there’s Brenda Garcia, whose job directed her to sign asylum-seekers to the New York State Health Insurance marketplace and who is also bringing them donations from co-workers and her church.

“We are all immigrants and we should not discriminate against anyone,” Garcia said.

NY1 sat with migrants helping them call the 800 line that is printed on most of their documents and we waited half an hour to an hour before the call would drop. Imagine doing that when you don’t have cell phone service in the United States.

The same hold time is heard on thousands of asylum-seeker’s cell phones, just waiting for their place in line in the middle of the current humanitarian crisis.