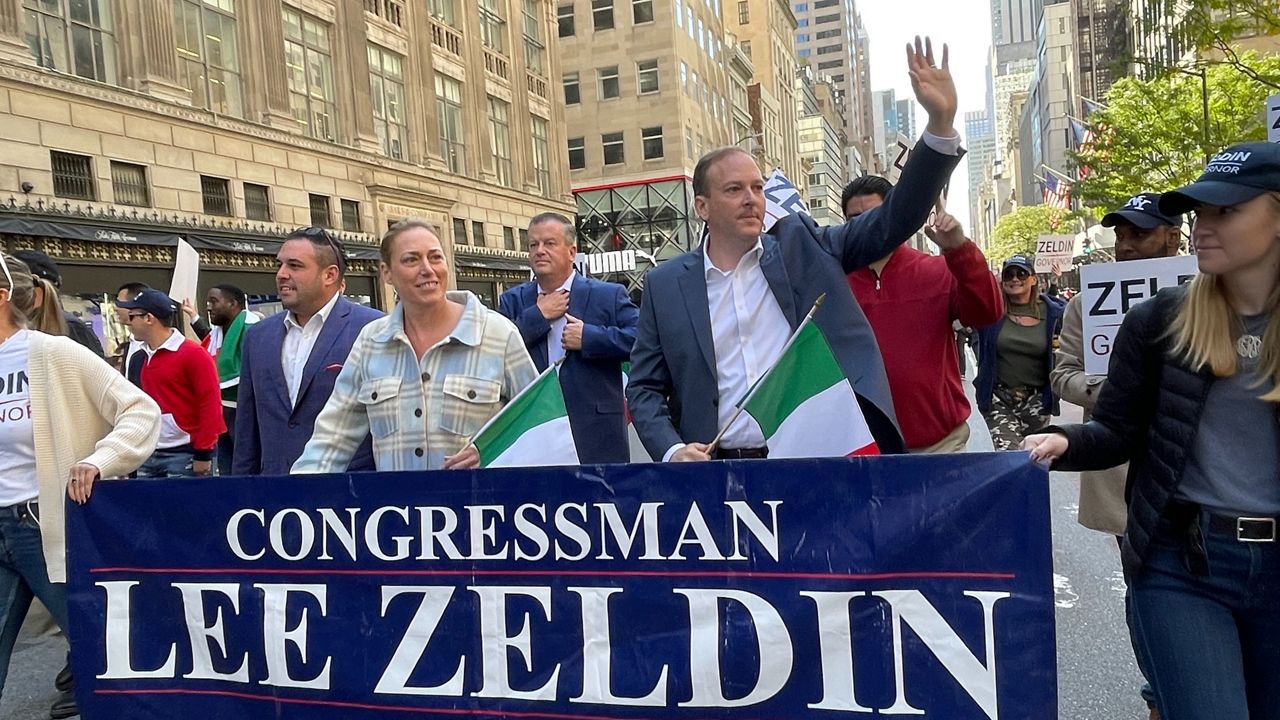 Republican candidate for governor, Rep. Lee Zeldin, was back on the campaign trail one day after a shooting outside his Long Island home.

On Sunday afternoon, Zeldin was campaigning while his 16-year old twin daughters were at home doing homework on the first floor of their home in Shirley on Long Island.

“One of the bullets was actually found about 30 feet from where they were sitting at that table doing homework,” Zeldin said Sunday night.

Zeldin took his whole family to the Columbus Day Parade in Manhattan Monday. He says the violence was a harrowing experience for all of them.

“Last night, the girls wanted to sleep with us. So they were on the floor inside of the bedroom. So, the four of us stayed in the bedroom together. When we left the home this morning, in a ways, it was just good to get the girls out of the house,” Zeldin said.

This is not Zeldin’s first brush with violence. In July, he was attacked on stage by a man with a sharp instrument. The candidate was not seriously injured.

And while the incidents are unrelated, Zeldin has been pointing to rising crime rates as the reason New Yorkers should vote for him. He has campaigned at various crime scenes in the city.

Also marching in the Columbus Day Parade, Hochul was asked about the incident.

“I am so pleased that no one was injured,” Hochul said. “That the family is safe. We sent out a message right away that if they want any assistance from the state police in the investigation. And it’s a reminder that we need to work together to get guns off the streets.”

The latest incident has raised questions about whether Zeldin and his family should be provided state police protection.

“I know that there are conversations with respect to the last incident with the House of Representatives. And they are responsible for protecting the members of Congress, but we will certainly have the conversation,” Hochul said.

Zeldin’s safety falls under the purview of the Capitol Police and local authorities. Since he is not elected to state office, the state police don’t play a role in protecting him, although that law could be changed soon.